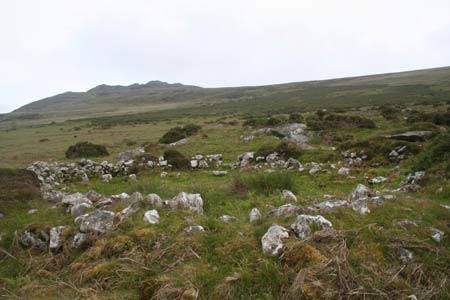 Over the past 15 years our knowledge of major categories of sites have benefited from threat related survey projects. However, several categories of site fall outside these projects, and though important in their own right, generally the number of sites is too small to warrant their own assessment.

During 2008-09 several projects were undertaken, including: Prehistoric Sites – Carmarthenshire; Roman non Military Sites – Dyfed; and Minor Defended Sites – Medieval. For all projects field visits were undertaken to selected sites. Data collected during site visits were added to the Dyfed Historic Environment Record and reports prepared. The work has demonstrated that very few Roman and prehistoric nationally important sites remain to be assessed in southwest Wales. Nevertheless, several sites have been recommended for scheduling. Copies of reports are downloadable below.

During 2009-10 minor prehistoric sites in Pembrokeshire and Ceredigion were assessed. Over 170 sites were visited and recorded in Pembrokeshire, with most on Mynydd Preseli. Most were high quality sites – hut circles, cairns and field systems – surviving in good condition. A selection of sites were surveyed. In contrast, only 30 sites were identified in Ceredigion as worthy as a site visit, and most of these were not of high quality. Full reports are provided below. 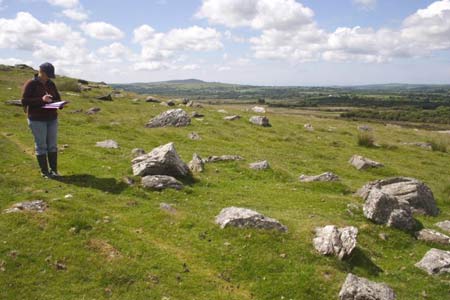 Possible remains of a round hut at Carn Alw, Pembrokeshire, 2009-10 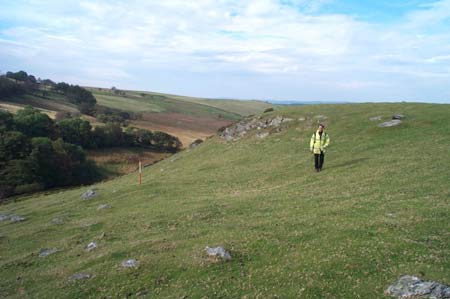 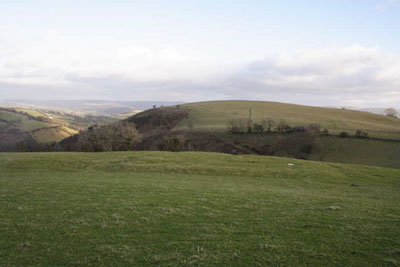 One of the best sites recorded during 2008-09 – an earthwork enclosure near Llanwrda, Carmarthenshire 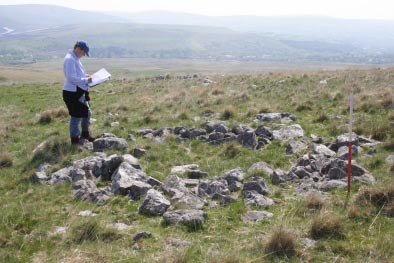 Recording a hut circle on the Black Mountain