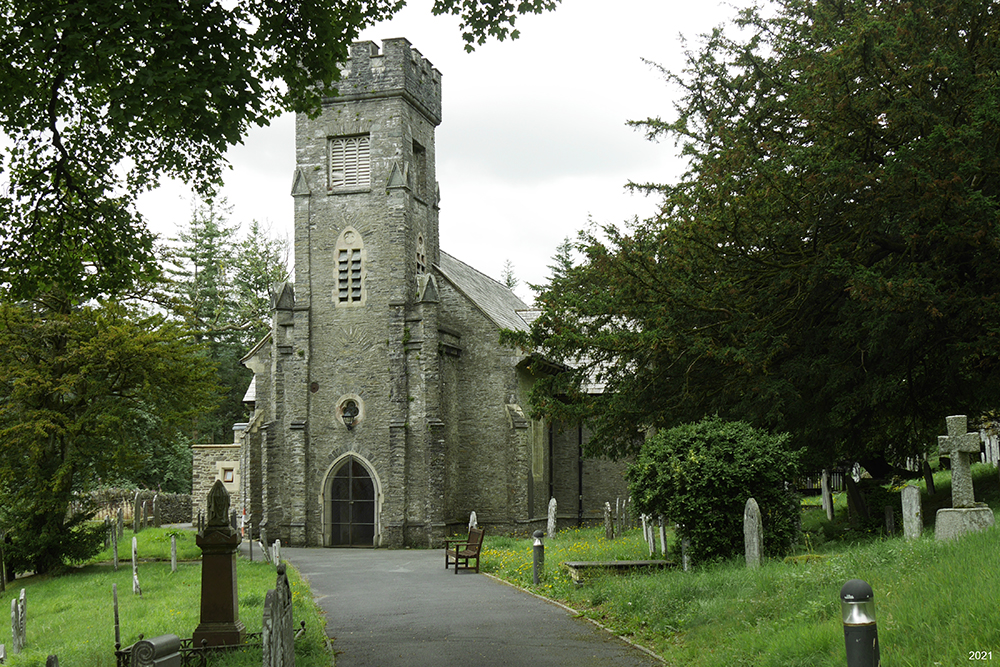 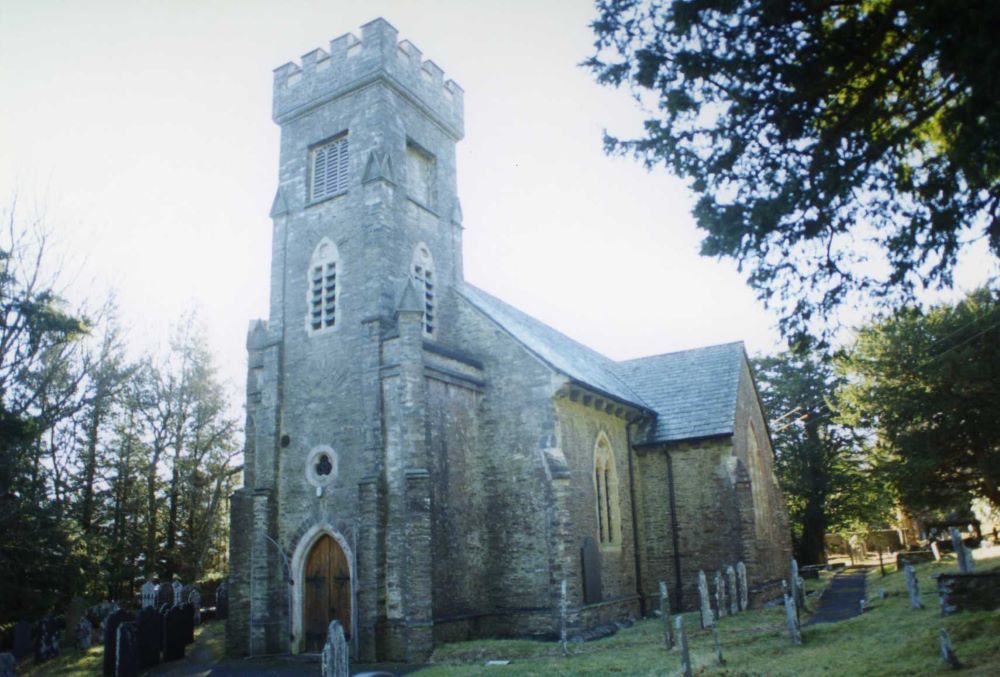 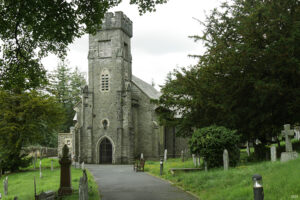 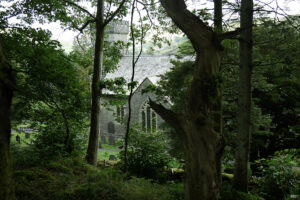 Reason for Listing: Included at II* for the historical associations with the Hafod estate, and for the architectural quality of the 1930s remodelling.

Eglwys Newydd Church is a multicelled church, of small-medium size. It was founded in 1603, but was entirely (re)built in 1803 on the same site, and in the same location as its predecessor, but nothing was retained from the earlier fabric.

The present church is not aligned east-west, but rather NNE-SSW with the ‘west end’ to the NNE. It consists of a 2-bayed apsidal, polygonal chancel, a 2-bayed nave, single-bayed ‘north’ and ‘south’ transepts, a three-storeyed ‘west’ tower, and a single-bayed vestry ‘north’ of the chancel ‘west’ bay. Construction is in local slate rubble and in the ‘estate church’ style; the exterior was repointed and the interior replastered in 1992-4. Openings are neo-gothic and from 1888, with grey oolite dressings; windows are 2- and 3-light with simple tracery. There is limited external buttressing, from 1803. The west tower has a crenellated parapet, possibly (re)built in 1888. The roofs are slated gables, the chancel has a hipped-roof, the vestry has a flat roof and the tower roof was not seen.

The church was first founded in 1603, but nothing remains of the original structure (Lewis, 1833). It was rebuilt in 1803 as an ‘elegant cruciform structure’ (ibid.)  which form the bulk of the present structure. The chancel was small and square-ended, the floors were flagged and the windows were timber-framed.

The church was extended and restored in 1888 to the designs of the architect A. Ritchie of Chester (NLW, SD/F/157), when the small square chancel was replaced with the present polygonal apse, the vestry was added, the church was refenestrated and refloored, and the roof was repaired. The west gallery was removed. A heating chamber for a ‘Porritt’s’ stove was excavated within the nave.

A deep, slab-lined drain surrounds the church. Floors are suspended over heating flues and there is a below-ground heating chamber in the nave. No external memorials lie significantly close to the church.

There was no pre-conquest religious use of the site.

Eglwys Newydd Church was not the site of a medieval religious establishment (Rees, 1932). It was founded as a private chapel by the Herberts, of the nearby mansion at Hafod, in 1620 (Lewis, 1833), but was a chapelry of the established church, for Llanfihangel-y-Creuddyn parish, by 1803.

In 1833 the living was a perpetual curacy in the patronage of Thomas Johnes, Esq., of Hafod, endowed with £1000 royal bounty and £1200 parliamentary grant (ibid.).

In 1998 Eglwys Newydd Church was a chapelry. The living was a vicarage, held with Ysbyty Cynfyn and Llantrisant (Benefice no. 828) in the Archdeaconry of Cardigan, Rural Deanery of Llanbadarn Fawr (St Davids, 1997-8).