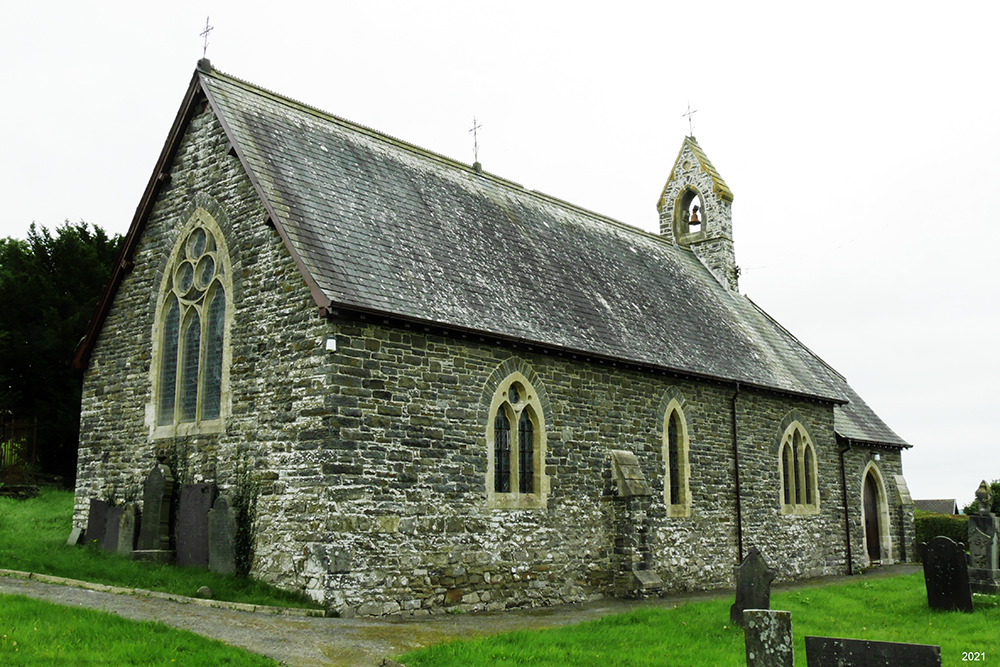 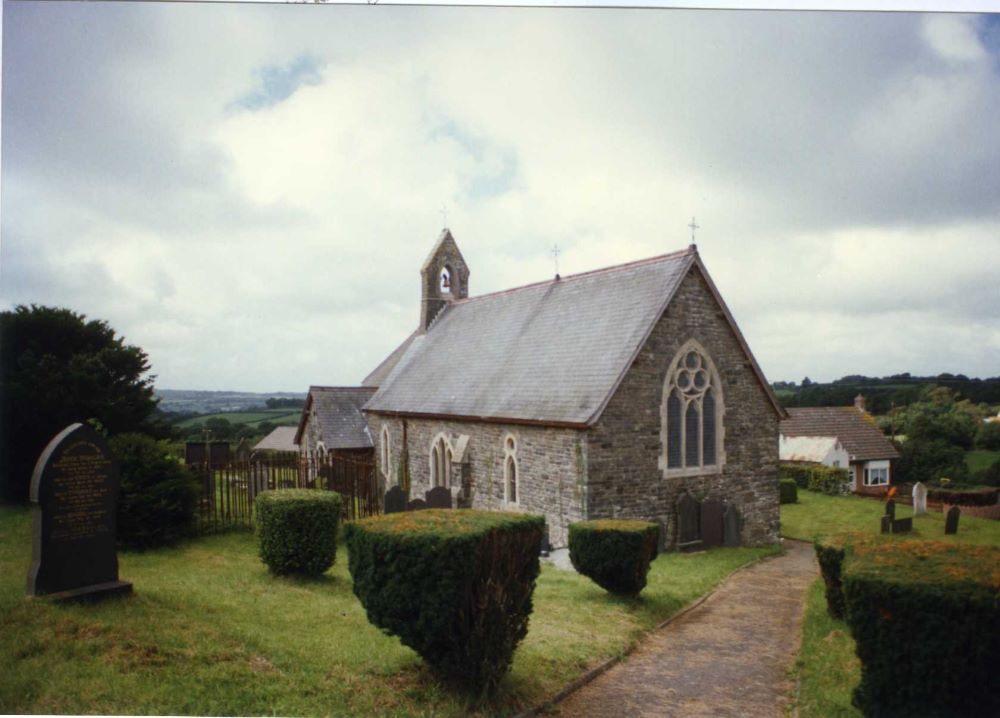 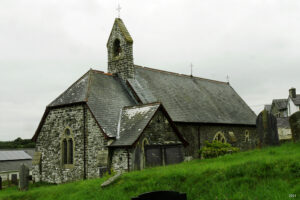 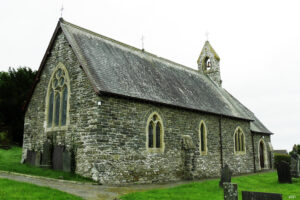 Holy Trinity, Cilcennin, is a 2-celled church, of small size. It was entirely (re)built in the earlier 19th century, and substantially rebuilt in 1889-91, on the same site, and in the same location as its predecessor, but nothing was retained from the earlier fabric.

The present church consists of a 3-bayed chancel/nave, without structural division, a west porch with a transeptal vestry and bier-house leading off to the south. Construction is in local rubble throughout; external pointing is mainly from 1889-91, and the interior is plastered. Openings are from 1889-91 and neogothic, with yellow oolite dressings, the windows representing a number of styles. The exterior has limited buttressing, from 1889-91. The porch, vestry and bier-house are divided by internal walls. There is a gabled single bellcote on the nave west wall, from 1889-91. Roofs are slated gables; the porch has a slated, hipped, ‘mansard’ roof.

The church had been ‘recently rebuilt’ in 1833, ‘in the later style of English architecture’ (Lewis, 1833). The rebuild was apparently total (Willis Bund, 1888, 318). The rebuilt church is shown in drawings of 1889 (NLW, SD/F/111) as a single cell lit by an east window, 3 windows in the north wall and one in the south wall, all with 2-centred heads and timber, ‘Y’-traceried frames. Above the plain, 2-centred west door was a circular light and a tall, gabled, single bellcote. The passages were flagged, with board floors

The church was substantially rebuilt in 1889-91, to the designs of the architect A. Ritchie of Chester (ibid.). It was extended to the west with the addition of the porch, vestry and bier-house, and the remaining fabric appears to have been rebuilt at the same time, or at least entirely refaced. At any rate, all the openings, and the bellcote, were rebuilt into their present form, and the church was reroofed, refloored and reseated.

A deep, wide external cutting runs along the south wall, possibly primary but deepened and extended in 1889-91. The floors were raised in 1889-91 and are suspended over a void. External memorials lie significantly close to the church.

Cilcennin had become a parish by 1833 when the living was vicarial, being consolidated with the vicarage of Llanbadarn Trefeglwys (Lewis, 1833).

In 1998 Holy Trinity, Cilcennin, was a parish church. The living was a vicarage, held with Llanfihangel Ystrad, Trefilan and Nantcwnlle (Benefice no. 698) in the Archdeaconry of Cardigan, Rural Deanery of Glyn Aeron (St Davids, 1997-8).