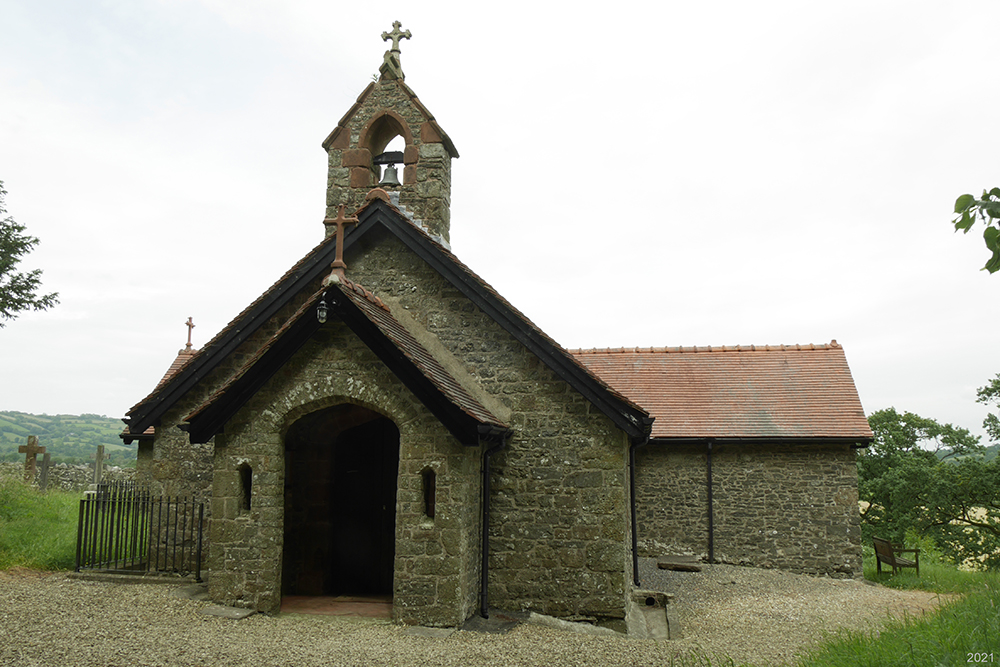 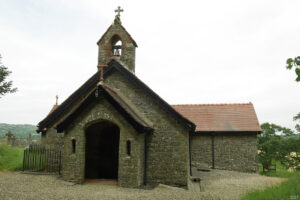 Holy Trinity, Taliaris, is a multicelled church (properly chapel), of medium size. It was entirely rebuilt in the early 19th century on the same site, and probably in the same location as the earlier, 17th century church, and nothing was retained from the earlier fabric.

The form of the original 17th century chapel is not known, but the building was described as ‘small, neat’ and in a ‘sequestered situation’ in 1809 (Anon., 1933, 10). The chapel was rebuilt, before 1833, by Lord Robert Seymour (Lewis, 1833) and the tithe map of 1837 shows it as a simple rectangular building occupying its present location (NLW, Llandeilo Fawr, 1837). However, the map depiction may be conventionalised; it was a cruciform building by 1892, at least (NLW, SD/F/644), with a west porch, a coalshed south of the chancel, and windows that were largely timber-framed but the east window had 4 lights with simple tracery and the nave north window was 2-light and neo-Perpendicular.

The chapel was restored in 1893, to the designs of the architect David Jenkins of Llandeilo (ibid.) during which it was visited by the Cambrian Archaeological Association who described it as ‘unroofed, and whatever traces of old work may have previously existed were being entirely obliterated’ (Anon., 1893, 87). The vestry was added, and the coalshed was converted into a heating chamber. The chapel was refenestrated and the bellcote was added; however the west porch and door were retained unchanged. It was reroofed, refloored, reseated and replastered.

The heating chamber may have been largely rebuilt during the 20th century.

The church stands on a slight earthwork platform but this appears to represent a natural terrace with an escarpment to the south-east. A deep, external concrete drain runs along the north and east walls and a shallow concrete drain runs along the west half of the south wall. Floors are suspended above heating ducts. Just one memorial lies significantly close to the nave south wall.

Holy Trinity, Taliaris, is shown as a possible 14th century chapel site by Rees, 1932. However, it appears that the chapel was a rather later foundation, said to have been consecrated by Bishop Jeremy Taylor during the reign of Charles II (Anon., 1893, 87) after he had found refuge at the nearby Golden Grove estate (Anon., 1933, 10); the pulpit from Taylor’s incumbency was said to have been destroyed in the 1850s (ibid.). The living was in the patronage of the Taliaris estate.

In 1786 the living of ‘Holy Trinity or Taliaris Chapel’ had a certified value of £10 (ibid.) and was endowed with a house and 10 acres of land in the early 19th century (ibid.). In 1833 Taliaris was a chapelry of Llandeilo Fawr parish, but was previously annexed to Talley (Carms. R. O., CPR/8). The living was a perpetual curacy endowed with £200 private benefaction and £600 royal bounty, in the patronage of the proprietor of the Taliaris estate (Lewis, 1833).

In 1998 the living was a vicarage in the parish of Llandeilo Fawr (Benefice no. 675) in the Archdeaconry of Carmarthen, Rural Deanery of Llangadog and Llandeilo (St Davids, 1997-8).