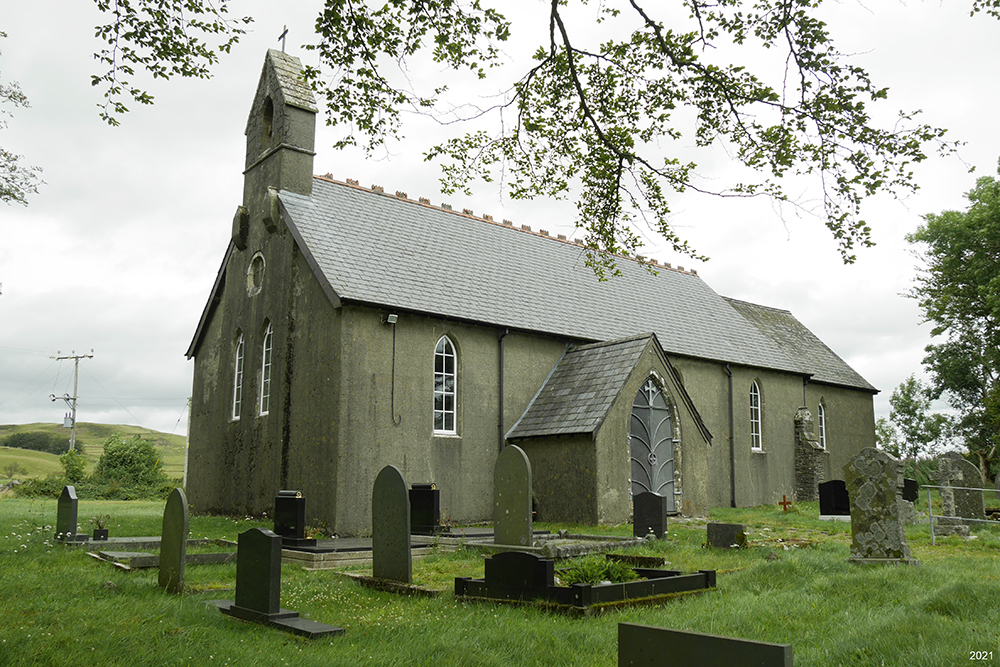 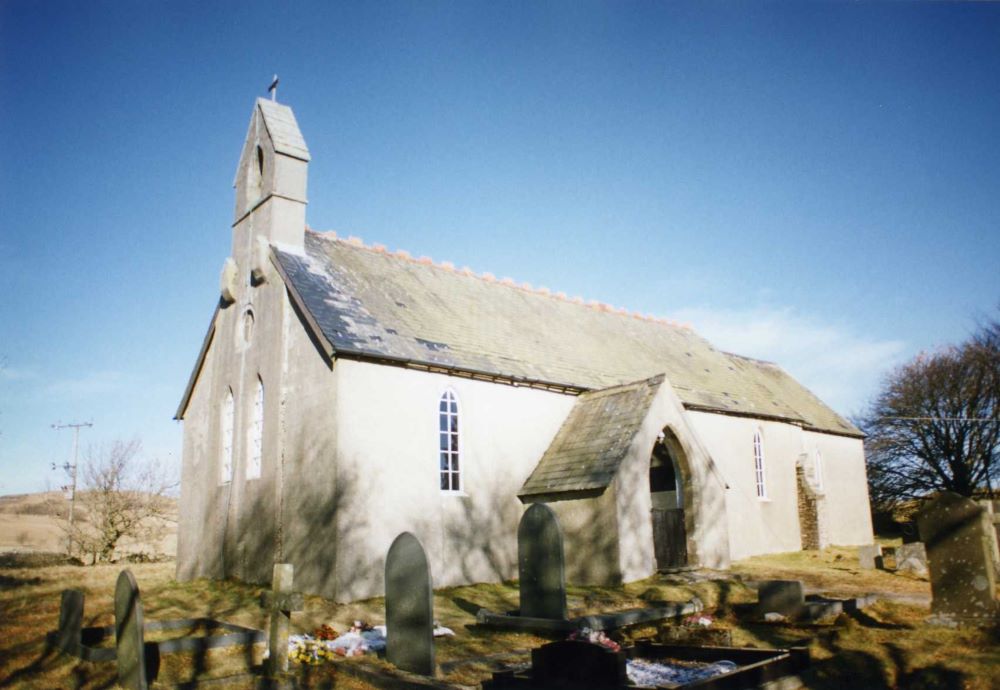 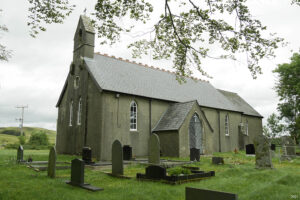 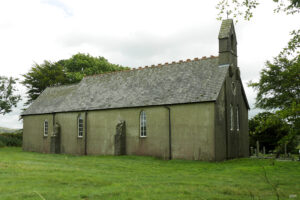 Llantrisant Church is a 3-celled church, of small size. It was entirely (re)built in the later 19th century on the same site, and in the same location as its predecessor, but nothing was retained from the earlier fabric.

The present church consists of a 2-bayed chancel, a 4-bayed nave and a south porch. Construction is in local rubble but is concealed beneath external render, from the earlier 20th century, and internal plaster. All dressings are simple, in grey oolite and from the later 19th century; the windows are single, double and triple lancets, cusped in the chancel side walls, with timber frames. The nave walls have limited external buttressing, from the later 19th century. A gabled single bellcote, with a string-course, rises from a broad, shallow external pilaster buttress on the nave west wall, which is pierced by a double lancet with a circular port above, and carries decorative external corbels, all from the later 19th century. The roofs are slated gables.

The form of the pre-19th century church is not known. The present church is said to be the third on the site (Hook Mason, 1989, 2). Its predecessor is shown on the Ordnance Survey 1” map of 1834 as ‘in ruins’ having been abandoned c.1803 when the nearby church at Eglwys Newydd was built.

There is neither an external cutting nor a drain around the church. Amorphous earthworks north and west of the church may represent debris from the previous structure. There may be no underfloor void. No external memorials lie significantly close to the church.

It had become abandoned by 1833 as a direct result of the establishment nearby of Eglwys Newydd church (Lewis, 1833), but was brought back into use in the later 19th century, to serve the nearby Frongoch lead mines.

In 1998 Llantrisant Church was a chapelry. The living was a vicarage, held with Ysbyty Cynfyn and Eglwys Newydd (Benefice no. 828) in the Archdeaconry of Cardigan, Rural Deanery of Llanbadarn Fawr (St Davids, 1997-8).

The three saints commemorated in the dedication are unknown.