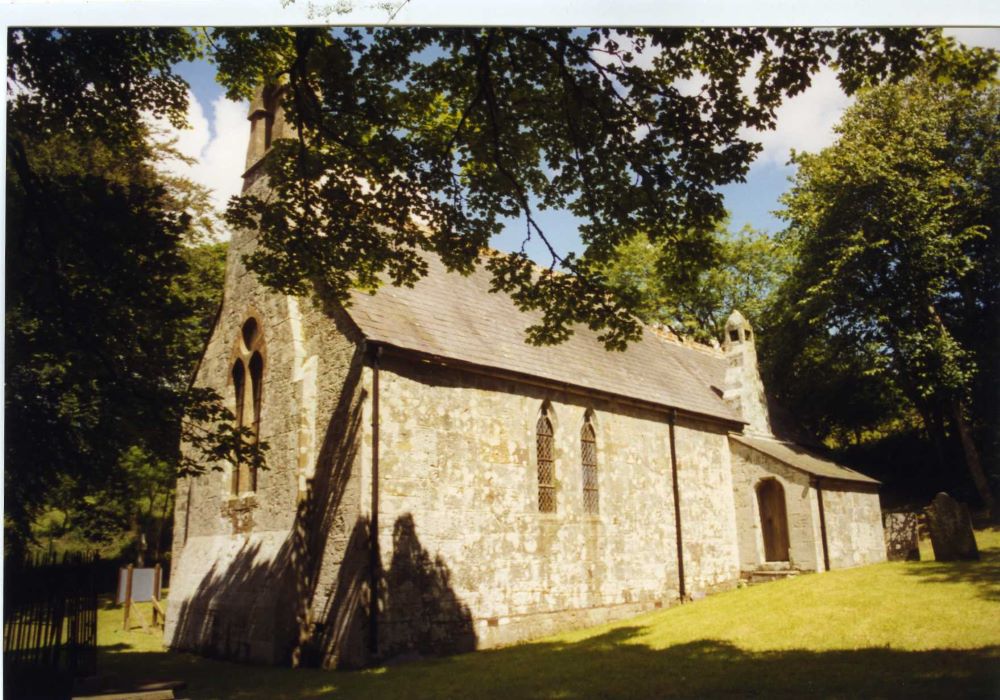 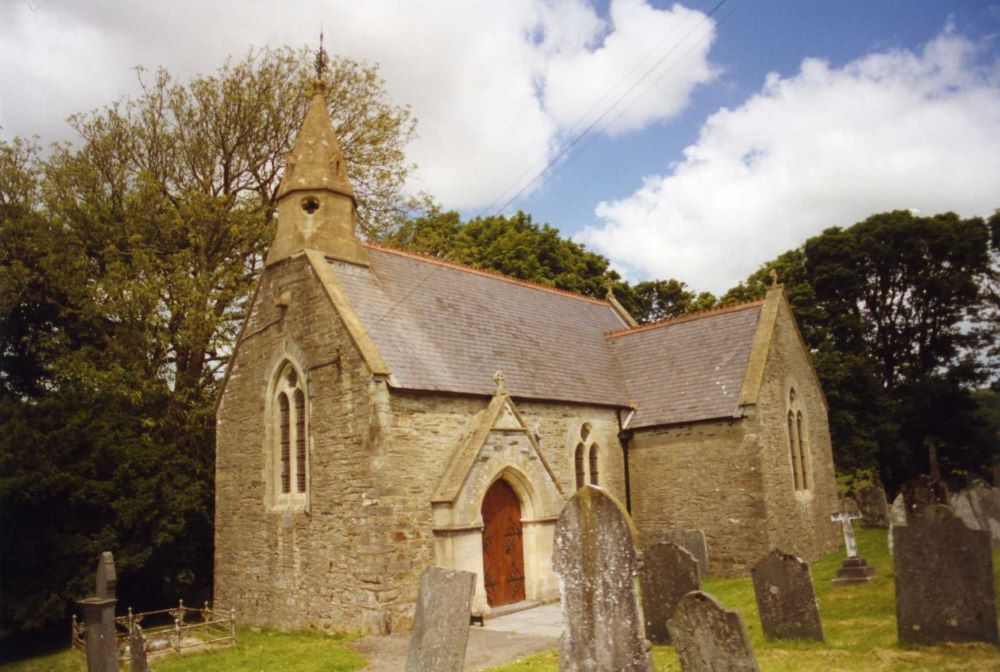 Reasons for Listing: 1866 rebuilding by R.J.Withers, architect of London, of small church of 1814.

Archaeological potential – good-very good. Church entirely rebuilt in 1866-7, in same location as earlier church; no structural evidence for earlier church; large earthwork platform beneath 50% of church, primary?; medium depth external earth-cut drain around 25% of church; no evidence for floor level changes; underfloor void; no crypt/vault evident; no evidence of former components beyond church; some memorials significantly close to 20% of church.

SS Mynno, David and Andrew, Moylegrove, is a 3-celled church, of small-medium size. It was entirely (re)built in 1866-7 under the architect R. J. Withers (A. Gordon, 1993; Cadw, 1992, 29), in the same location as its predecessor but retaining none of the earlier fabric.

The present church consists of a 2-bayed chancel, a 2-bayed nave, a south transept and a lean-to vestry of 1 bay, against the north wall of the chancel west bay and joining the transept east wall.

Construction is in slate rubble throughout, with slate ashlar quoins. The external pointing is good quality, from 1866-7. All internal walls are rendered/plastered. The entrance doorway is in the nave south wall. All dressings are in yellow sandstone; the detail is all from 1866-7 and neo-gothic. It includes the windows, with plain 2-centred surrounds, and the 2-centred south and vestry doors. The south door exhibits a projecting gabled ‘porchlet’ of 1866-7. The nave west wall carries an octagonal bellcote turret, of good quality, with quatrefoil openings and a low sandstone ashlar spire, with lucarnes, all of 1866-7. There is one external buttress on the north wall. The roofs are slated gables while the vestry has a slate lean-to roof, 1866-7. The floors are suspended except in the porch, and from 1866-7.

No structural evidence for the earlier church is now present. However, a massive, steeply scarped platform lies below the northern half of the church, where the ground falls away steeply to the towards the north. The platform is probably at least partly natural, but its regular outline suggests that it has been artificially enhanced, presumably as a primary feature forming made ground for the pre-1866 church. A medium depth earth-cut external drain runs along the chancel south wall. There is no evidence for internal floor level changes. There is an underfloor void beneath the suspended floors, but no vault or crypt is evident. Some memorials lie significantly close to the south walls.

The form of the earlier church cannot be definitely known, and it is clear that the present church is merely the latest in a long succession of rebuilds; a date stone inscribed ‘1617’ is set into the nave west wall and presumably refers to a restoration or rebuild.

A second date stone inscribed ‘1814’ records the rebuilding of the church, apparently representing a complete reconstruction (RCAHM, 1925, 240). The 1814 church is depicted, in the same location as the present building, on the tithe map of 1847 (NLW, Moylegrove, 1847) as a medium-sized edifice comprising chancel and nave, without structural division, and a north aisle running the entire length of the nave; the map appears to be precise. The church by this time cannot have retained any medieval fabric, and Samuel Lewis, writing in 1833, described it as ‘not remarkable for any architectural details’ (Lewis, 1833).

Moylegrove was a parish church during the post-conquest period, of the medieval Deanery of Cemais (Rees, 1932). The living was a vicarage appropriated to St Dogmael’s Abbey (Green, 1912, 307). As ‘Ecclesia de Grava Matilda’ the church was assessed at £4 for tenths to the king in 1291 (ibid.). In 1536 the clear yearly value was 40s, tenths to the king 4s (ibid.).

In 1998 SS Mynno, David & Andrew, Moylegrove, was a parish church. The living was a vicarage, held with St Dogmael’s and Monington (Benefice 645) in the Archdeaconry of Cardigan, Rural Deanery of Cemais and Sub-Aeron (St Davids, 1997-8).

The church has been traditionally associated with St Andrew, and although no dedication is mentioned by George Owen in 1594 (Green, 1912, 307) it was given as St Andrew in 1786 (ibid.). However, Moylegrove had by this time been annexed to Y Beifil, dedicated to St Andrew the Apostle, and this may have given rise to the association. The dedication has, during the 20th century, been extended to include SS Mynno & David.