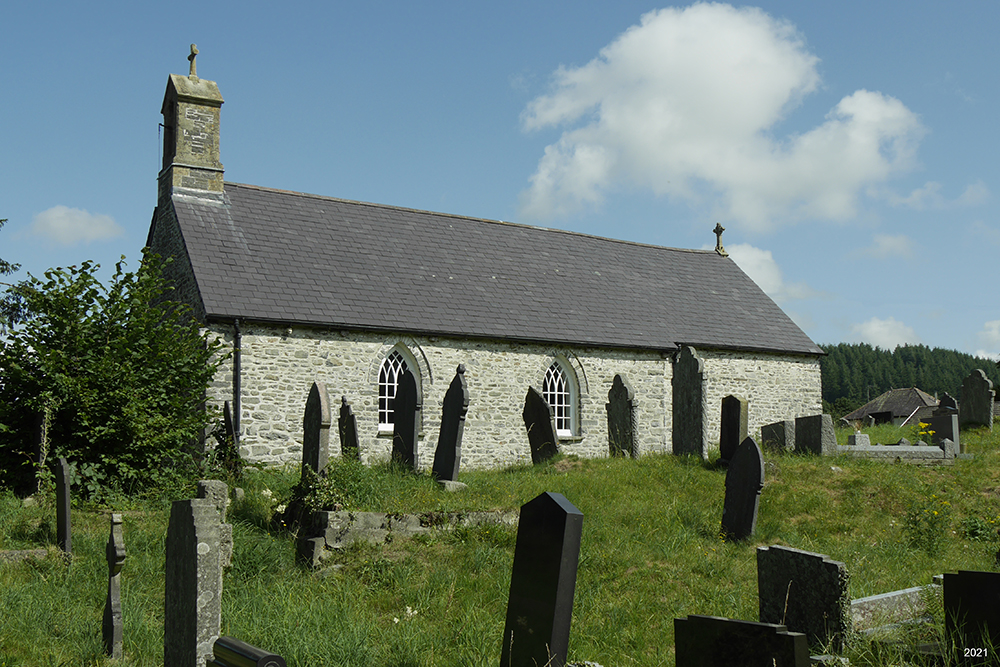 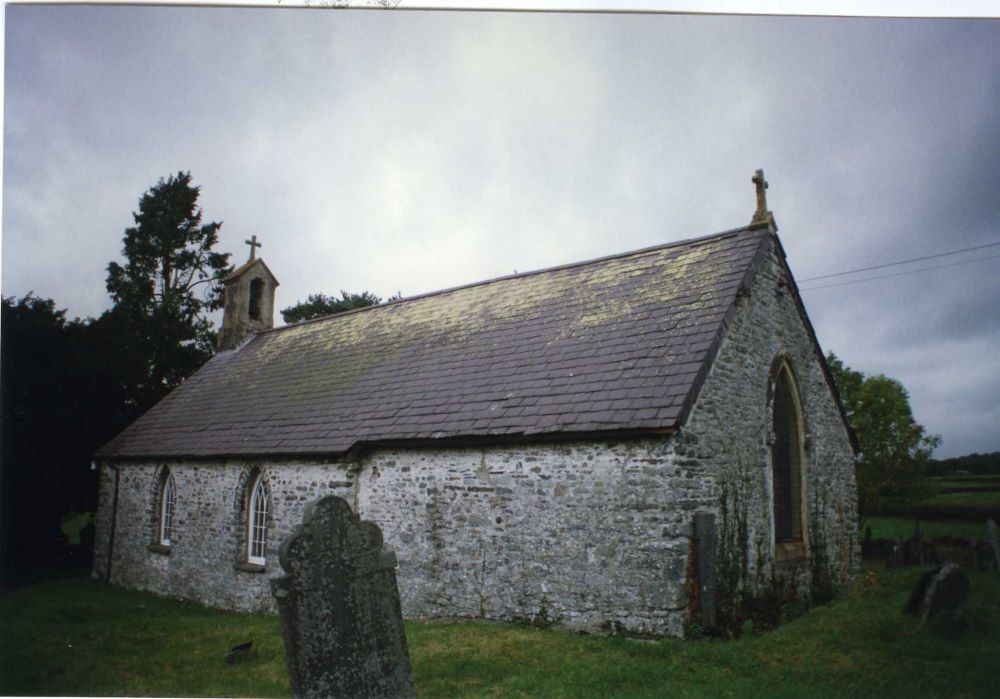 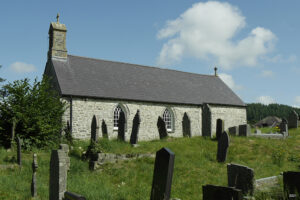 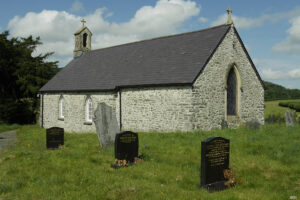 Reasons for Listing: Listed as a scarce regional church retaining its late Georgian character of a type usually swept away by Victorian alteration.

When visited in August 2021 appeared that a lot of remedial work had been carried funded by the Heritage Lottery Fund.

The present church consists of a 2-bayed chancel and a 2-bayed nave, without any real structural division, a west porch and a single-bayed vestry north of the chancel. Construction is in local rubble throughout. Detail is largely from 1850 and in the nonconformist tradition; where dressed stone occurs it is grey oolite, from the 1880s. There are areas of external render, from the 18th century; pointing is mainly from 1850, with some later repointing. The interior is plastered except in the porch. Roofs are slated gables throughout; the vestry has a slated lean-to roof.

The east window is a large, uncusped  single lancet with a drip-mould, from the 1880s but in an 1850 opening, the date incised in the keystone. In the south wall is a blocked window, square?, 17th century?, blocking beneath 18th century render. The vestry door is square, simple, from 1850. The collar-rafter roof is concealed behind a coved, framed, plaster ceiling, fundamentally from 1850; it incorporates a false plaster chancel arch. The floor is quarry-tiled, from 1850.

The nave south wall is wider than that of the chancel, projecting externally; high on the corner with the chancel is an external corbel, medieval?, function?. The ends of tie-beams are exposed at eaves level in this wall, medieval? Post-medieval?. There are 2 single-light windows in both side walls, all in 2-centred arches from 1850; the ‘Y’-traceried, 16-pane timber frames are also from 1850. The west door opening is similar, from 1850. There is a blocked window at the east end of the north wall, outline and blocking both as in the chancel south wall; 17th century?. The gabled, single western bellcote has an oolite offset, quoins, and Caernarfon-headed opening, all from the 1880s. Roofed with the chancel. The passages are flagged, with suspended board floors, all 1850.

The west porch is from 1850 and has a doorway like that in the nave. The interior is whitewashed. The gabled rafters are concealed by 20th century plasterboard; the 20th century concrete floor lies directly on the substrate. The lean-to vestry is also from 1850; there is a contemporary segmental-headed door in the west wall and a simple, square window in the north wall with a 20th century timber frame. The softwood lean-to roof continues the chancel roof northern slope and may be from 1850; the suspended board floor is later.

There is a deep earth cutting around the chancel, partly primary, secondarily extended for the vestry exposing footings; the large bank of upcast associated with the cutting is cut by an 1870 memorial. There is a slight circular hollow south of the nave, nature?. The floor is suspended in the nave and vestry, and there may be an underfloor void. There is no evidence for any below-ground crypt/vault. Several external memorials lie significantly close to the east wall.

The chancel and nave are medieval, but cannot be closely dated. The west porch and vestry were added in 1850.

The church was described by Lewis, 1833, as ‘a small edifice, consisting only of a nave and chancel’. It was twice restored during the 19th century. The first restoration occurred in 1850, and is commemorated in a datestone over the chancel east window; this ‘partial barbarisation’ as it was described in 1861 (Anon., 1861, 312) was in the nonconformist tradition and included the construction of the west porch and vestry, and the insertion of the present ceilings (and roofs?), floors and fittings. The second campaign, undertaken during the 1880s, was described as a high-impact restoration by a contemporary observer (Willis-Bund, 1888, 317) but it is apparent from the present fabric that this was not the case, work being confined chiefly to the insertion of the present east window and bellcote.

The turned, oak altar rail, the marble creed, and the box-pews with wainscotted dado are from 1850. The readers desk and pulpit are from the 1880s. The interior of the chancel has plasterboard dado from the later 20th century.

The font is from the 1880s and has a square bowl. It sits on a brick stem lying on an area of tiled floor, both later 20th century.

St Cybi, Llangybi, was a parish church during the medieval period (Rees, 1932), of the medieval Deanery of Sub-Aeron. It was in the patronage of the Bishop of St Davids as a prebend of the collegiate church of Llanddewi Brefi (Lewis, 1833).

In 1833 the living was a perpetual curacy of the Archdeaconry of Cardigan, consolidated with that of Llanfair Clydogau, rated in the king’s books at £1 6s 8d and endowed with £800 royal bounty (ibid.); the patrons were the Earl of Lisburne and Lord Carrington.

In 1998 St Cybi, Llangybi, was a parish church. The living was a rectory held with Llanddewi Brefi, Llanbadarn Odwyn, Llanfair Clydogau and Cellan (Benefice no. 820) in the Archdeaconry of Cardigan, Rural Deanery of Lampeter and Ultra-Aeron (St Davids, 1997-8).