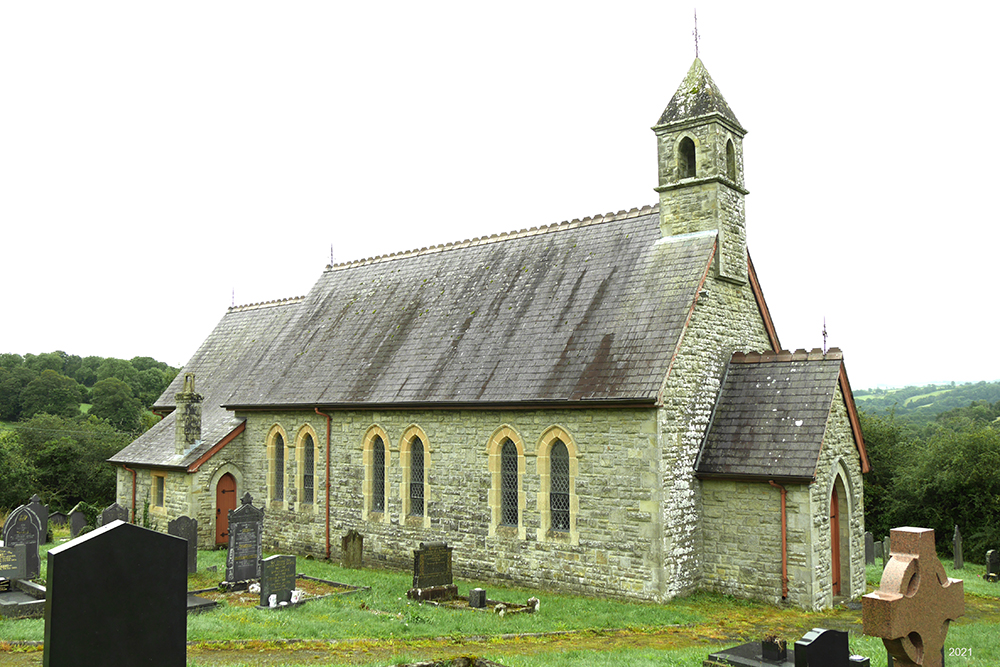 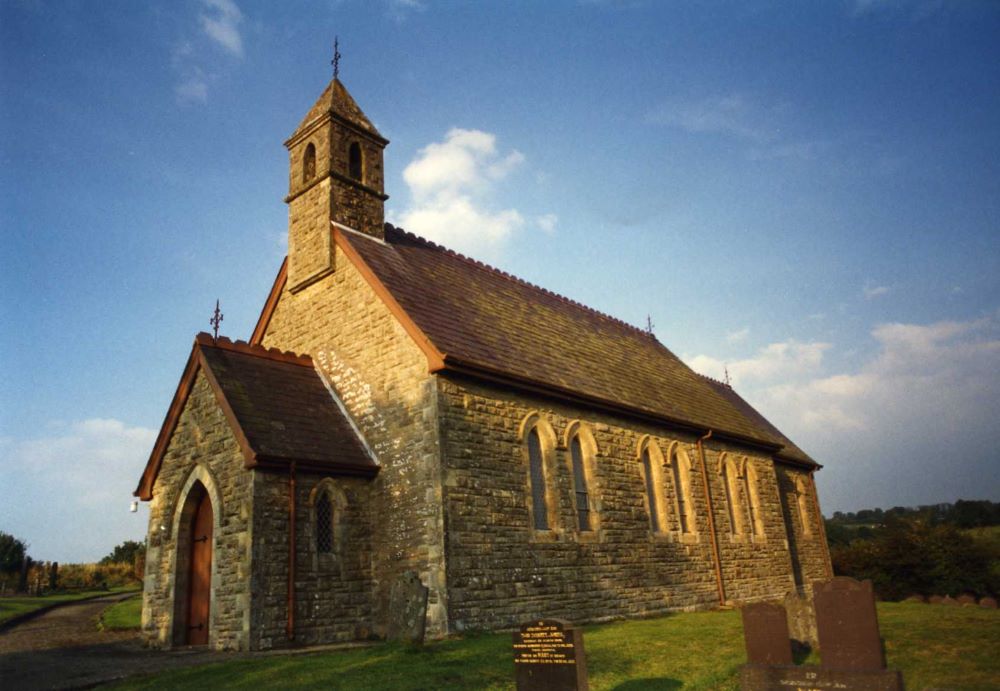 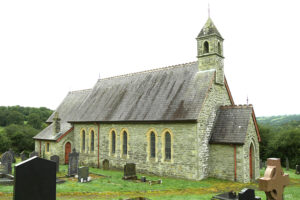 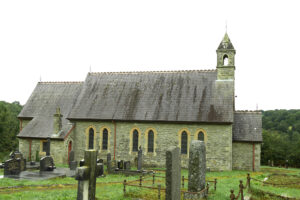 20th century church; 0% pre-19th century core fabric. On site of, ?but not in same location as, medieval church.

Archaeological potential – very good. Physical evidence for earlier church beyond 40% of church?; no external cutting or drain; below-ground floor in 15% of church; suspended floors over heating ducts in 70% of church.

St David, Bangor Teifi, is a 3-celled church, of small size. It was originally built in 1812 on the same site, but possibly not in the same location as the medieval church, and retaining nothing from the earlier fabric. This church was substantially rebuilt in 1855, and then entirely rebuilt in 1930-32.

The present church consists of a 2-bayed chancel, a 3-bayed nave, a west porch, and a single-bayed vestry over a boilerhouse north of the chancel west bay. Construction is in snecked Ffostrasol sandstone throughout (Clive-Powell, 1993, 1). Pointing is from 1932; plastered within. Openings are from 1930-32 and neo-gothic, with yellow oolite dressings; the windows are mainly plain single and double lancets but the east window has 3 lights with Geometric tracery. The vestry lies over a below-ground boilerhouse reached by an external flight of steps along its east wall, and carries a plain square chimney, 1930-32. The west end carries a small, square bell-turret on an internal buttress and has a string-course, 4 single-light openings and a low, stone spire, all 1930-32. The roofs are slated gables. Floors are suspended in the nave and vestry.

The medieval church may have occupied a different location within the yard to that of the present structure. An extensive area of amorphous surface irregularities lies immediately south of the church, within an area without burials, and may represent an earlier church location.

The 1812/1855 church was demolished in 1930, with the possible exception of its west wall, and a new one erected in its place to the designs of the architect D. Davies (NLW, SD/F/30). The new building apparently followed the plan of its predecessor but was given a west porch and vestry. Work was complete by 1932; there has been no major subsequent alteration.

The fine, Transitional font has an octagonal bowl with fluted mouldings alternating with dog-tooth ornament, an octagonal stem and a square base, all from c.1200 (Anon., 1913, 15).

There is possible physical evidence for the earlier church in the form of earthworks immediately south of the church. Neither an external cutting nor drain is present. The boilerhouse floor is below-ground, with an external stairwell. Floors are suspended over heating ducts in the nave and vestry. No external memorials lie significantly close to the church.

St David, Bangor Teifi, was a parish church during the post-conquest period (Rees, 1932), of the medieval Deanery of Sub-Aeron. It appears to have been a possession of the Bishops of St Davids from an early date.

In 1998 St David, Bangor Teifi, was a parish church. The living was a rectory, held with Henllan, Llanfair Orllwyn and Llangynllo (Benefice 693) in the Archdeaconry of Cardigan, Rural Deanery of Emlyn (St Davids, 1997-8).

There is the suggestion that the original dedication may not have been to St David (Various, 1994, 390)