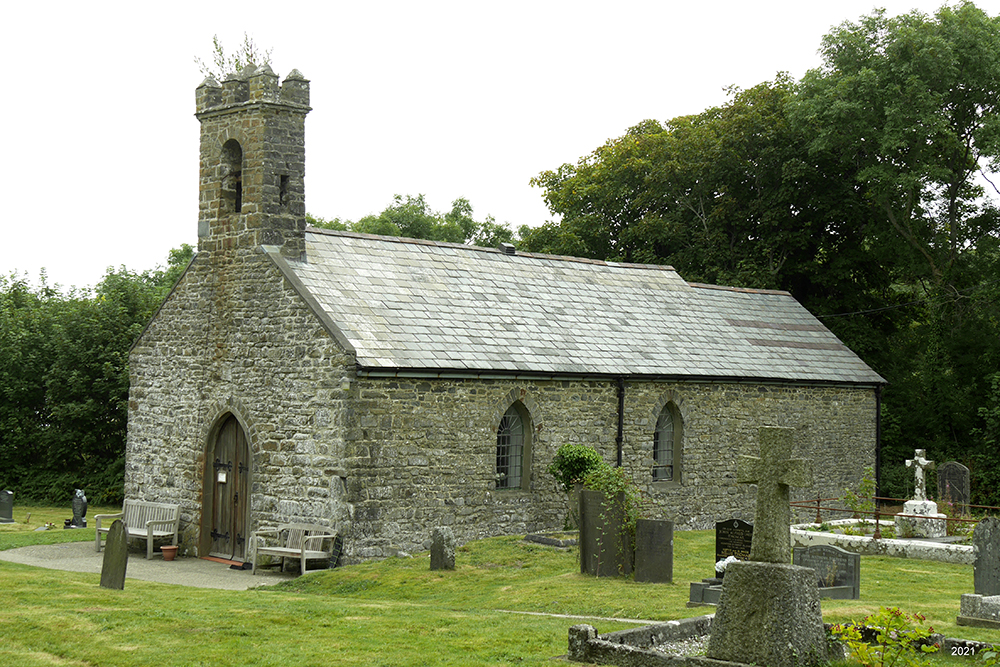 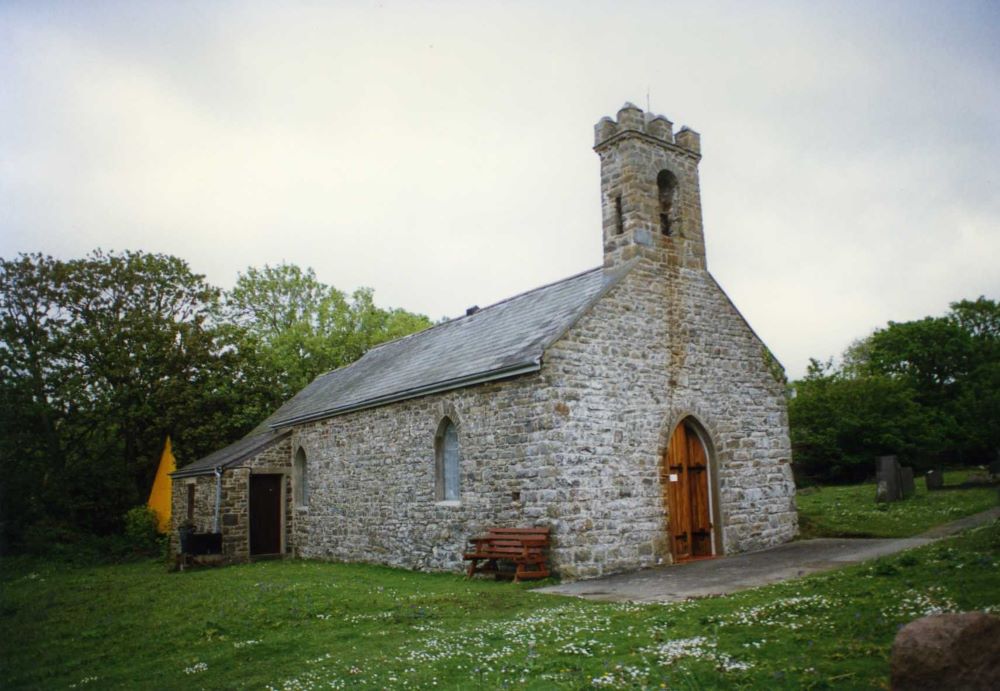 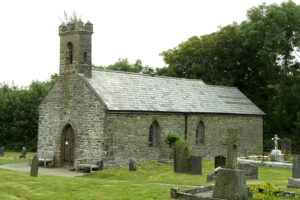 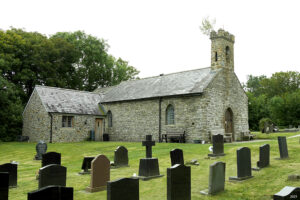 Reasons for Listing: No Reasons Given

St Ina, Llanina, is a 2-celled church, of small size. It was rebuilt c.1810 on the same site, and in the same location as its predecessor (Dyfed PRN 8297), but nothing was retained from the earlier fabric.

The present church consists of a single-bayed chancel, a 2-bayed nave, and a single-bayed vestry north of the chancel. Construction is in local rubble throughout. Openings, except in the vestry, are neo-gothic but without dressings; the windows are simple single lights which, with the west door, are from c.1810. There is a rectangular, crenellated simple bell-turret at the west end, with a single opening, largely from 1850. The roofs are slated gables, while the vestry has a slated lean-to roof.

It was ‘rebuilt’ again in 1850-55 (Anon., n.d.; Cadw, 1996, 5; Crossley and Ridgway, 1946, 54) but this time the rebuild was only partial. The existing openings were retained, and the work may have been confined to reroofing the church and rebuilding the bell-turret.

It was restored in 1905 (Anon., n.d.) when the vestry was built and the present ceilings, floors and seating were inserted.

The octagonal font is weathered but still exhibits arcaded decoration; it may be 13th century and has been described as ‘one of the earliest arcaded fonts in Wales’ (Barnwell, 1880, 216).

A shallow external drain surrounds the church. There may be no underfloor void. No external memorials lie significantly close to all walls.

St Ina, Llanina, was not a parish church during the medieval period (Rees, 1932), but a chapelry of Llanarth parish in the medieval Deanery of Sub-Aeron. With Llanarth, it was appropriated to St Davids Cathedral (Anon., 1863, 264).

Llanina had become a parish by 1833 but the living, a perpetual curacy, was annexed to the vicarage of Llanarth (Lewis, 1833), with which it remained linked until 1979 (Anon., n.d.); the parish defrayed a portion of the expenses of Llanllwchaearn parish (Lewis, 1833).

In 1998 St Ina, Llanina, was a parish church. The living was a vicarage, held with Llanllwchaearn (Benefice 679) in the Archdeaconry of Cardigan, Rural Deanery of Glyn Aeron (St Davids, 1997-8).

The church is dedicated to a local St Ina, not to King Ina of Wessex as has been traditionally accepted (Various, 1994, 392).