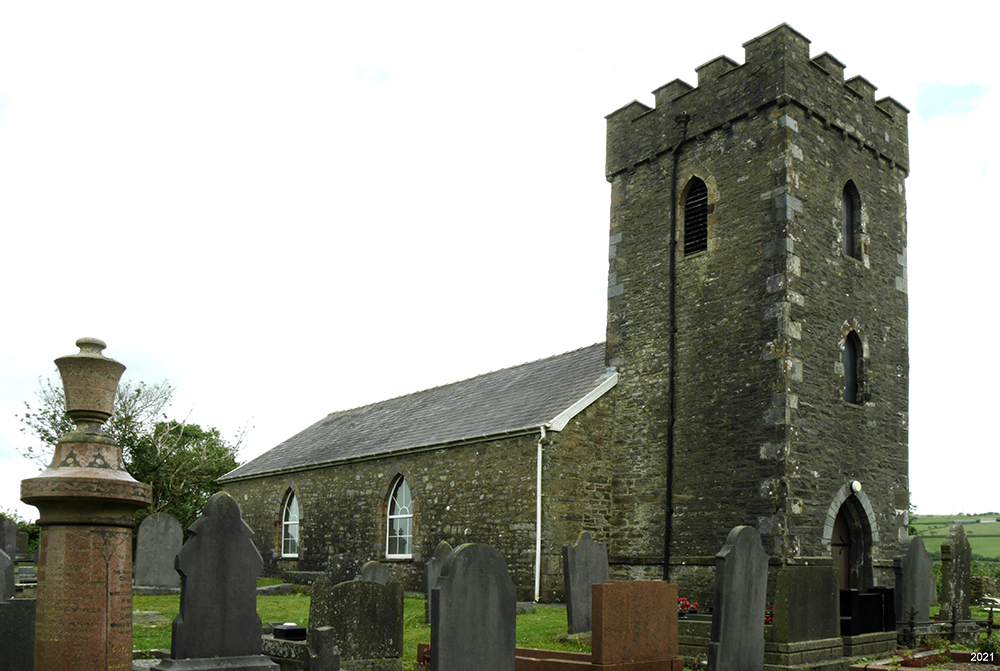 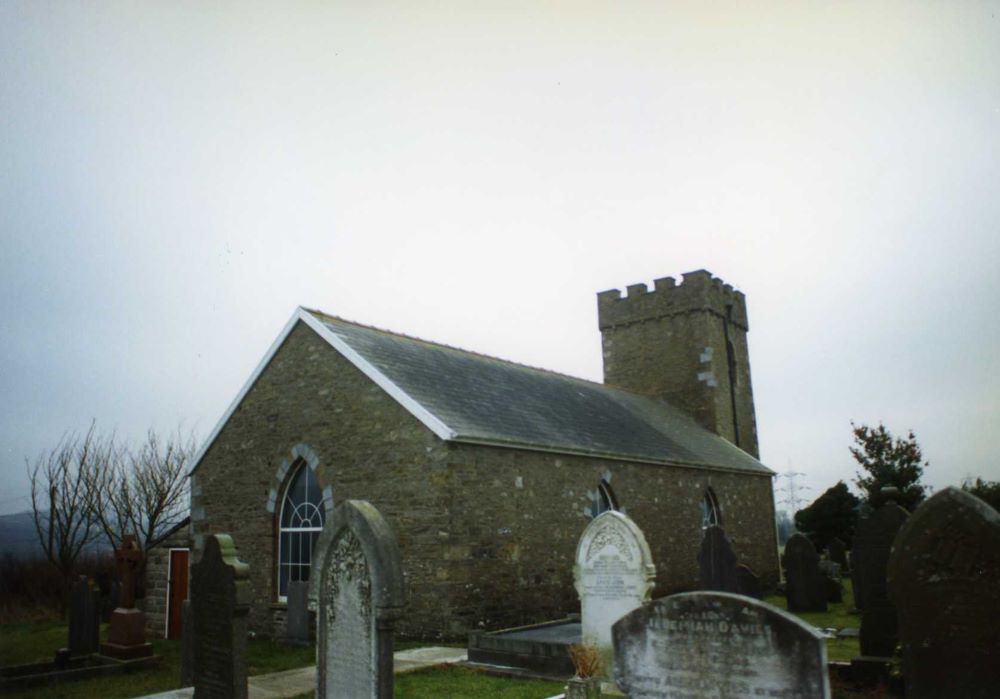 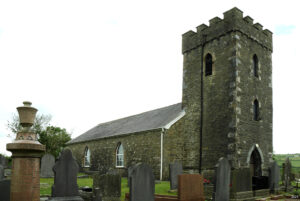 19th century chapel; 0% medieval core fabric. On site of, and in the same location as?, medieval chapel.

Archaeological potential – good. No physical evidence for earlier chapel; shallow external drain around 100% of  chapel; ?below-ground boilerhouse beneath 15% of chapel; suspended floors over heating ducts in 80% of chapel.

St John the Baptist, Capel Ifan, Pontyberem, is a 2-celled church (properly chapel), of small size. It was entirely (re)built in 1894 on the same site, and in the same location as its predecessor, retaining nothing from the earlier fabric.

The present chapel consists of a 2-bayed chancel/nave, without structural division, a 3-storey west tower and a vestry over a ?below-ground boilerhouse south of the chancel. Construction is in shale rubble; the vestry/boilerhouse is in breeze-blocks, from ?1966. The interior is plastered. Dressings are in sandstone and from 1894; the openings are neo-gothic comprising simple, single-light windows now with UPVC frames (formerly timber). The west tower has a basal batter up to a plain string-course, and a crenellated parapet. The chancel/nave roof is a slated gable, while the vestry/boilerhouse has a slated lean-to roof and the tower has a flat roof. Floors are suspended except in the tower.

The chapel occupies a medieval site. The pre-1894 chapel is shown on the Ordnance Survey 1:2500 First Edition but not clearly on the tithe map (NLW, Parish of Llanelli, Tithe Map, 1842). It appears to have comprised a single-cell chancel/nave, with a long west porch.

There is no physical evidence for the earlier chapel. A shallow external drain runs around the chapel. A ?below-ground boilerhouse lies beneath the vestry. The floors are suspended over heating ducts except in the tower.

St John the Baptist, Capel Ifan, Pontyberem, was not a parish church during the medieval period (Rees, 1932), but a chapelry of Llanelli parish in the medieval Deanery of Kidwelly.

No mention of the chapel is made by Lewis, 1833. It had acquired burial rights by 1821 (earliest memorial; 1835 in Carms. R. O., CPR/32). Disused by the early 20th century (Ordnance Survey, Second Edition), the chapel was later restored to use.

In 1998 St John the Baptist, Capel Ifan, Pontyberem, was a chapel in the benefice of Pontyberem (Benefice no. 382). The living was a vicarage in the Archdeaconry of Carmarthen, Rural Deanery of Cydweli (St Davids, 1997-8).