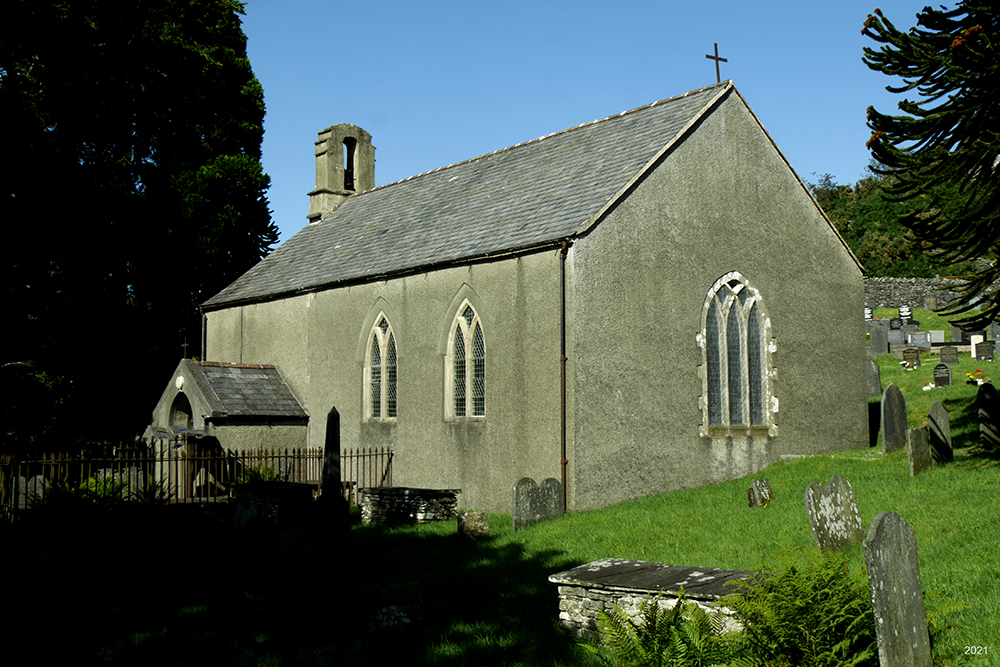 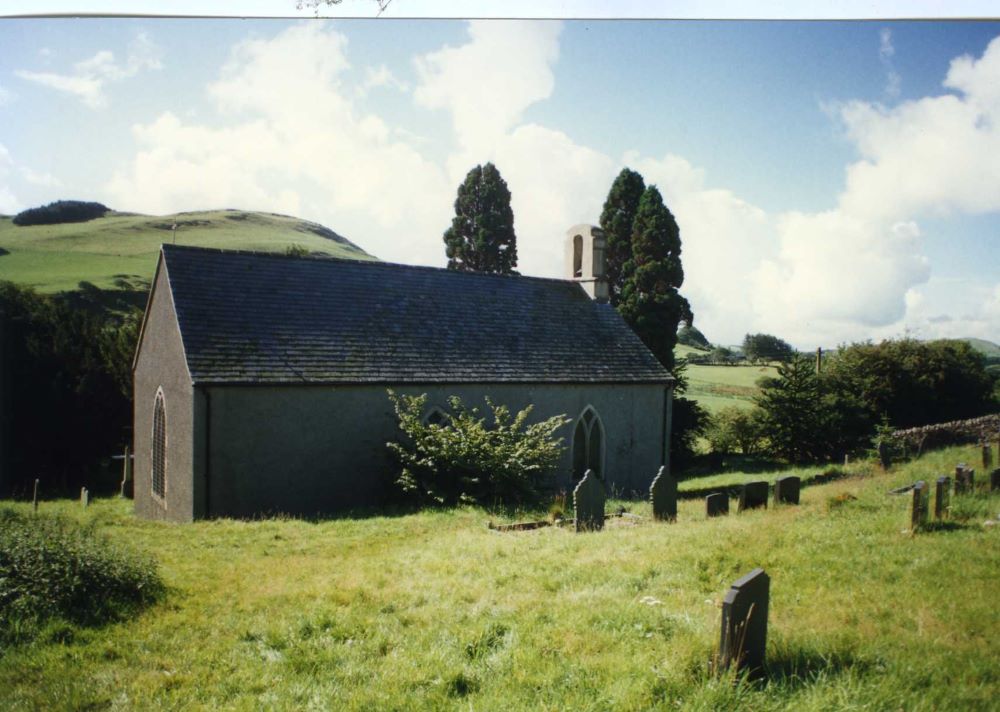 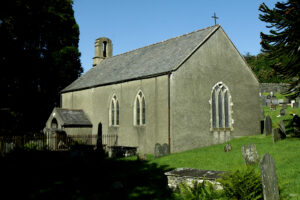 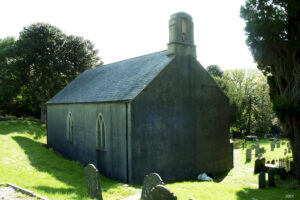 Reasons for Listing: Included as an earlier C19 small church with some unusual fittings. The church building history shows an almost vernacular process by contrast with richer parishes.

A 2-cell church, small. Consists of chancel/nave, 3 bays; south porch; all 1827. Construction is in local rubble, rendered throughout externally and plastered within. Slate gable roofs. All openings are from 1827, neo-gothic, with grey oolite dressings; western single bellcote, neo-Classical, 1827.

St John the Baptist, Ysbyty Cynfyn, is a 2-celled church, of small size. It was entirely (re)built in 1827 on the same site, and in the same location as its predecessor, but nothing was retained from the earlier fabric.

The present church consists of a 3-bayed chancel/nave, without

structural division, and a south porch. Construction is in local rubble but is concealed beneath external render from 1910 and internal plaster. All dressings are in grey oolite and from 1827; the windows have plain ‘Y’-tracery. There is a simple, neo-Classical flat-topped single bellcote at the west end. The roofs are slated gables.

The form of the pre-19th century church is not known. It was rebuilt in 1827 on the same site, but possibly to a larger plan than its predecessor (Hook Mason, 1993, 2).  The church was restored in 1910 for a cost of £200, sufficient for superficial work (NLW, SD/F/684) during which the present external render was probably applied.

Reasons for Listing: Included as an earlier C19 small church with some unusual fittings. The church building history shows an almost vernacular process by contrast with richer parishes.

The churchyard boundary wall incorporates a number of standing stones, recorded as early 1833 and thought to represent a prehistoric stone circle. An alternative hypothesis has been proposed attributing the stones to the early 19th century as part of a folly (Various, 1994, 399).

St John the Baptist, Ysbyty Cynfyn, was not a parish church during the medieval period (Rees, 1932), but a formal, upland chapel-of-ease to Llanbadarn Fawr parish, serving the township of Llanbadarn y Creuddyn, of the medieval Deanery of Ultra-Aeron. It appears, from the dedication at least, to have been a possession of the Knights Hospitaller but the claim has been disputed and an alternative association with Strata Florida Abbey has been proposed (Roberts, 1848, 126).

In 1833 the living was a perpetual curacy endowed with £1000 royal bounty and £600 parliamentary grant, in the patronage of the local landowners who paid 6d in the pound towards the minister’s stipend (Lewis, 1833).

In 1998 St John the Baptist, Ysbyty Cynfyn, was a chapel-of-ease. The living was a vicarage, held with Llantrisant and Eglwys Newydd (Benefice no. 828) in the Archdeaconry of Cardigan, Rural Deanery of Llanbadarn Fawr (St Davids, 1997-8).