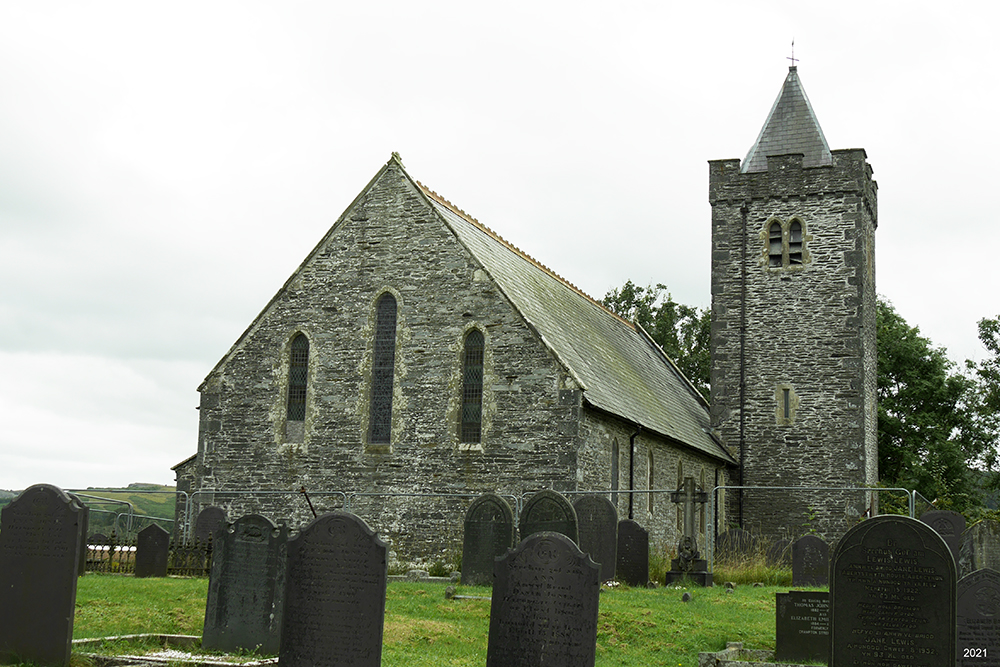 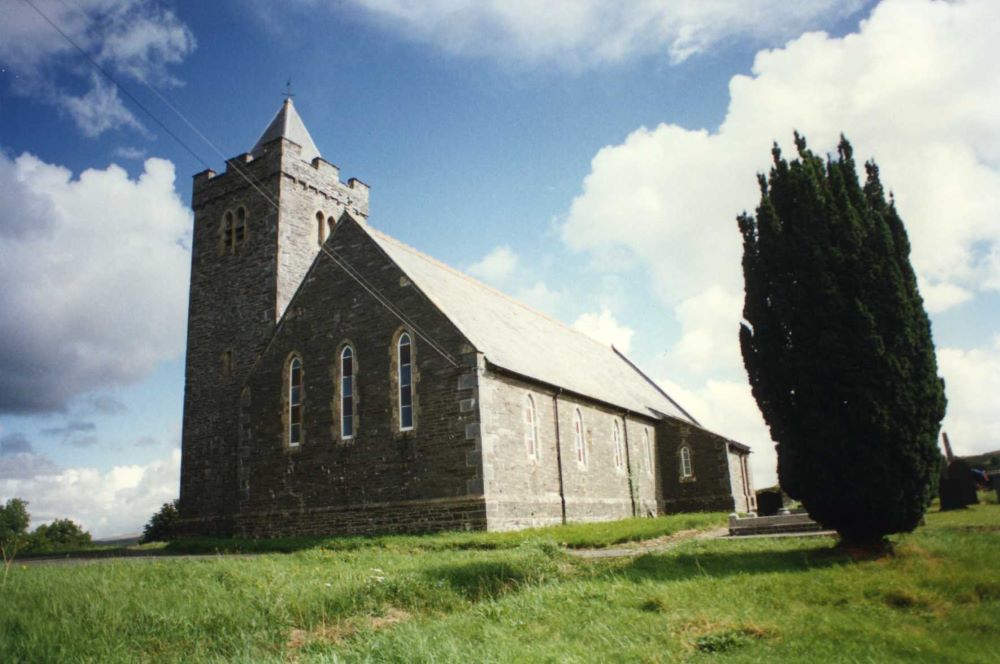 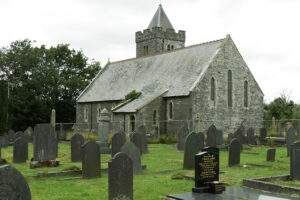 Reason for Listing: Included as an altered but possibly medieval structure.

Note August 2021: The church is no longer in use and is in a pretty poor state. Due to the pandemic and barriers could not enter the building but it is obvious there is some stained glass still in place.

A church has been present at Ysbyty Ystwyth since the medieval period. The site of the original church is represented by the building, low down in the churchyard at SN 7320 7151, now used as a church hall. In 1872-6 a new church, similarly dedicated to St John the Baptist, (Dyfed PRN 36239), was constructed approx. 100m to the east in an extension of the churchyard, at SN 7326 7152, to the designs of the architect R. J. Withers  (Anon., 1872, 362). This report concerns only the old church which is a single-celled building, of small size. It was rebuilt in the early-mid 19th century on the same site, and in the same location as its predecessor, retaining little from the earlier fabric.

It consists of a 2-bayed chancel/nave, without structural division. Construction is in local shale rubble. Pointing is largely 20th century; the interior is plastered. Openings are from the early-mid 19th century and in domestic style, without dressings; the windows are square with timber frames, but the east window has a 2-centred head. There is a simple, gabled single bellcote at the west end, early-mid 19th century; the fireplace and square chimney on the north wall may be post-1872. The roof is a slated gable.

In 1833 the church was described as a ‘small, ancient edifice, consisting only of a nave, divided by a screen to form a chancel’; this screen was apparently a medieval rood-screen ‘like that at Llanafan’ (Crossley and Ridgeway, 1946, 56). The roof was supported on ‘octagonal pillars, in one of which there is a cavity for the purpose of a font’ (Lewis, 1833).

This church appears to have substantially, if not entirely rebuilt soon afterwards, into its present form.

A deep, wide external earth cutting runs around the eastern half of the church, primary, where the church has been built into the hillslope. There is no underfloor void. Few external memorials lie significantly close to the west, north and south walls.

St John the Baptist, Ysbyty Ystwyth, was not a parish church during the medieval period (Rees, 1932), but an

upland chapelry of the medieval Deanery of Ultra-Aeron. It appears to have been a possession of Strata Florida Abbey, of which it was a hospice chapel (Lewis, 1833), although alternative ownership by the Knights Hospitaller has been claimed (Anon., 1860, 247; Roberts, 1848, 126).

Ysbyty Ystwyth had become a parish by 1833 when the living, a perpetual curacy with that of Ystrad Meurig annexed, was endowed with £800 royal bounty and in the patronage of the Earl of Lisburne (ibid.).

In 1998 St John the Baptist, Ysbyty Ystwyth, was a parish church. The living was a vicarage held with Llanfihangel-y-Creuddyn, Llanwnnws and Llanafan-y-Trawscoed (Benefice no. 827) in the Archdeaconry of Cardigan, Rural Deanery of Llanbadarn Fawr (St Davids, 1997-8).