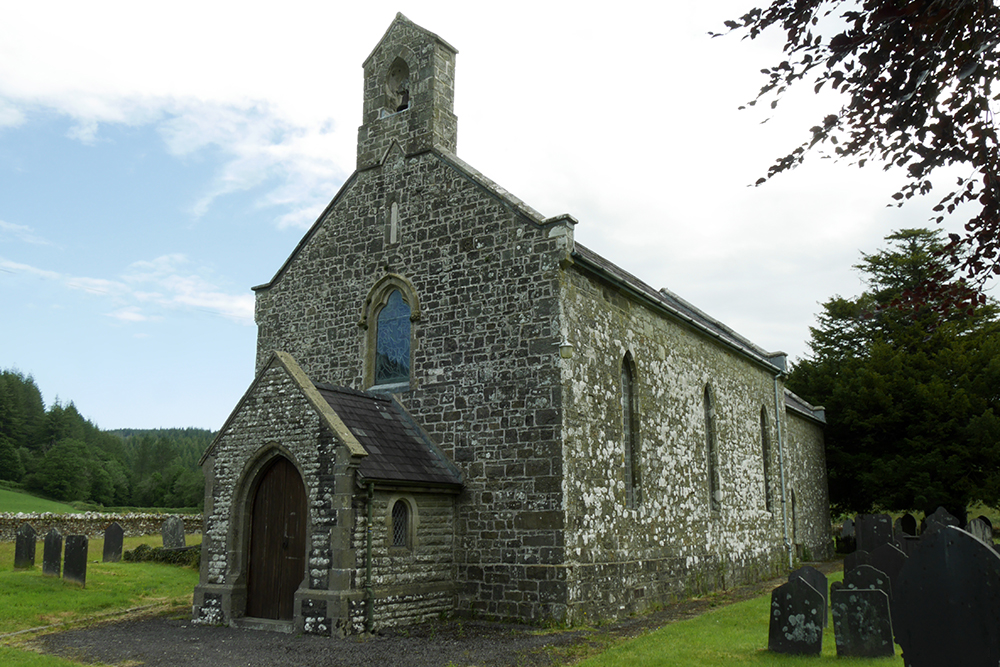 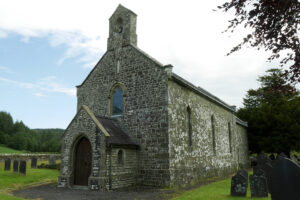 St Llawddog, Llanllawddog, is 3-celled church, of small size. It was (re)built in 1848-9, on the same site, and in the same location as its predecessor (PRN 12685), but retaining nothing from the earlier fabric.

The present church consists of a 2-bayed chancel, a 3-bayed nave, a west porch and a transeptal, single-bayed vestry north of the chancel. Construction is in roughly coursed local rubble; the interior is plastered. All dressings are in limestone and from 1848-9, except in the west porch; the openings are neo-gothic. A simple, gabled single bellcote lies on the west end, from 1848-9. The roofs are slated gables.

There is a very shallow external cutting along the north wall of the nave. Floors may be suspended in the nave and vestry. Many external memorials lie significantly close to all walls.

St Llawddog, Llanllawddog, was not a parish church during the medieval period but a chapelry of Abergwili parish in the medieval Deanery of Carmarthen which was appropriated to St Davids Cathedral. It is mentioned 1148-76 (Williams, 1915, 81).

Llanllawddog was a parish by 1787 (ibid.) but 1833 the living was still in the patronage of the Vicar of Abergwili (Lewis, 1833). The living was a perpetual curacy endowed with £800 royal bounty.

In 1998 St Llawddog, Llanllawddog, was a parish church. The living was a vicarage, held with Llanpumsaint (Benefice no. 682) in the Archdeaconry of Carmarthen, Rural Deanery of Carmarthen (St Davids, 1997-8).