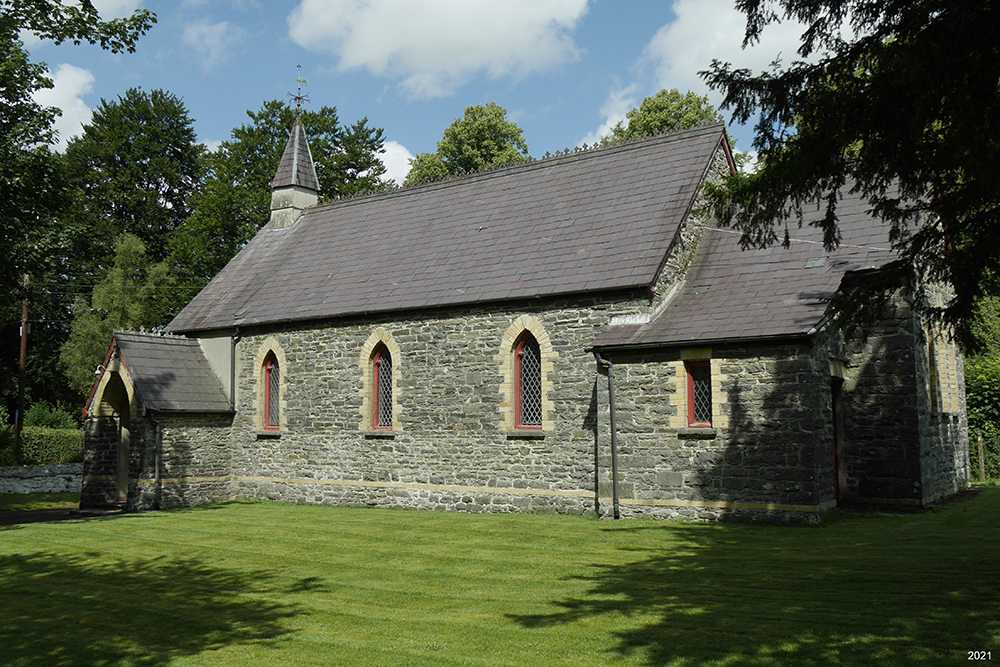 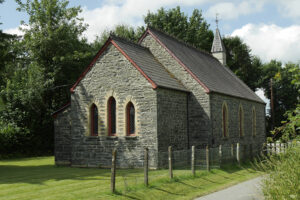 Archaeological potential – good. No physical evidence for earlier church; no an external cutting or a drain; floor levels raised?, with non-intrusive void?.

St Lucia, Betws Leucu, is a 3-celled church, of small size. It was (re)built in the 1870s on the same site, and in the same location as its predecessor (Clive-Powell, 1991), but retaining nothing from the earlier fabric.

The present church consists of a 2-bayed chancel, a 4-bayed nave, a south porch and a single-bayed vestry south of the chancel. Construction is in local, roughly coursed rubble. There is no dressed stone; the openings are neo-gothic and the lights are all simple lancets, normally single but with a triple-lancet east window, with yellow-brick surrounds, all from the 1870s. There is a small, square bell-turret over the west end, rendered, with a low slated spire, from the 1870s. The roofs are slated gables; the vestry has a slated lean-to roof. The floors are suspended except in the porch.

The form of the earlier church is not known. It is shown on the tithe map of 1845 as a simple rectangular structure in the same location as the present church (NLW, Betws Leucu township, Tithe Map, 1845). The present church was built in the 1870s and appears to be more-or-less unaltered.

There is no physical evidence for the earlier church. There is neither an external cutting nor drain. Floor levels may be raised above the substrate, with a non-intrusive void. There are no external memorials.

In 1998 St Lucia, Betws Leucu, was a parish church. The living was a vicarage, held with Llangeitho, Gartheli and Blaenpennal (Benefice no. 697) in the Archdeaconry of Cardigan, Rural Deanery of Lampeter and Ultra-Aeron (St Davids, 1997-8). It is without burial rights.