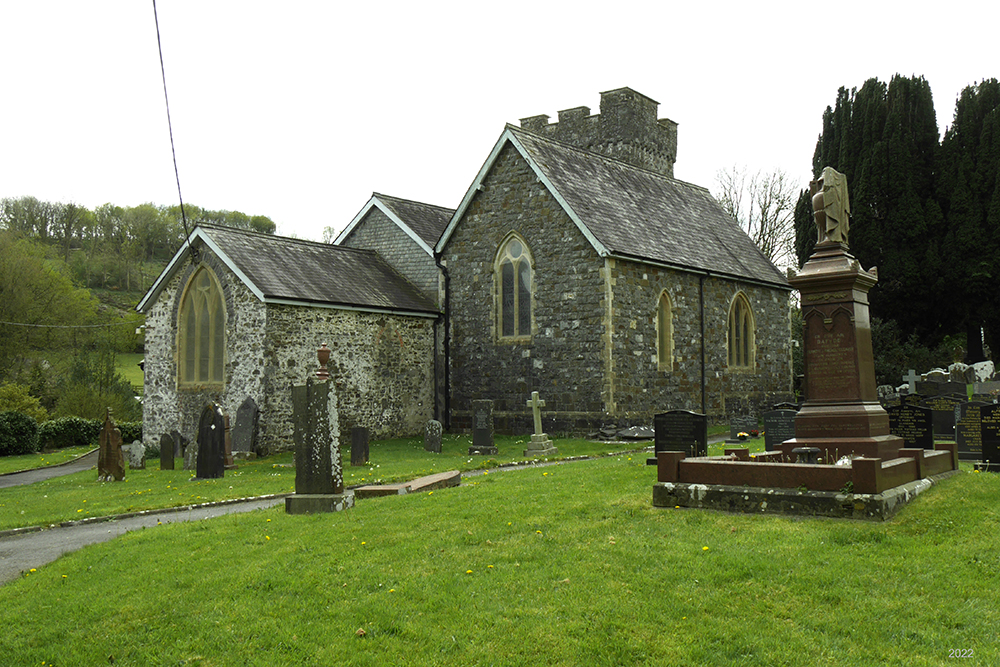 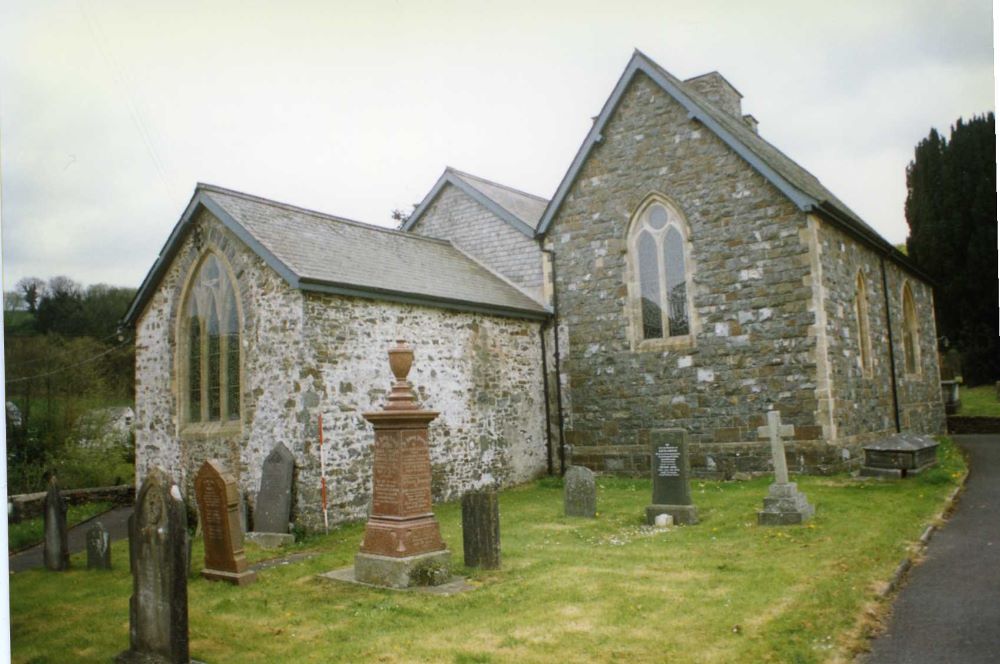 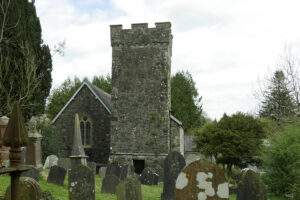 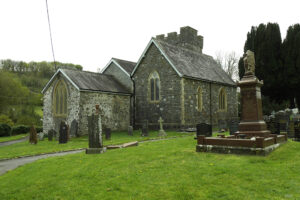 Reason for Listing: Graded II* as a church of medieval origins early fabric. Memorial include one fine early C18 example.

Archaeological potential – good. Revetted cutting around 20% of church, primary; floors lowered in 50%-60% of church; floors suspended over a void in 50% of church; below-ground floor in 10% of church; external memorials lie significantly close to 30% of church.

The present church consists of a 2-bayed chancel, a 3-bayed nave, a 3-bayed north aisle, a 3-storeyed west tower, and a single-bayed transeptal vestry, over a below-ground heating chamber, south of the chancel. Construction is in limestone rubble, the 19th century work snecked; dressings are in yellow oolite, neo-gothic and largely from 1860. There are remains of 18th century external render in the chancel, and pointing from both 1860 and the later 20th century. The interior is plastered. Roofs are slated gables; the tower roof was not seen..

The cusped, 3-light chancel east window is all from 1860, with infill, and has simple curvilinear tracery. The south wall features a single cusped lancet, also from 1860 including infill but possibly occupying a medieval embrasure; to the west is a low, 2-centred doorway, medieval, but now leading to the vestry. Beneath the east window is an area of blocking between brick stops, descending to ground level and inserted through the render; former door? (doubtful in this location?), early 19th century. A blocked window in the north wall has a 2-centred brick head also inserted through the render, early 19th century. The chancel arch is plain and 2-centred but probably not medieval, early 19th century?. The chancel has a softwood ‘wagon-roof’ ceiling, with matchboarding, all from 1860. The passages are tiled, with suspended board floors, from 1860.

The nave is lit by 2 windows in the south wall, both like the chancel east window but with 2 lights and a dripmould, all from 1860. The western of the 2 windows interrupts a blocked medieval south door. The nave roof is concealed behind a flat, moulded plaster ceiling, from 1860. The passages are fully carpeted, but probably woodblocked and from 1924, with suspended board floors.

The west tower is from the later 15th century, comprises 3 storeys but is rather smaller than the majority in the region. There is an external batter up to a string-course, but the spiral stair is housed in a turret that lies on a corbel-table over the string-course and on the east side of the north wall, barely projecting beyond the wall face. The west door is plain, square-headed and late 15th century but partly rebuilt. The ground floor communicated with the nave through a plain 2-centred arch, late 15th century, which has been blocked and now features a plain, square doorway, 20th century. A recess to the north, high in the nave west wall, represents the doorway to the tower staircase, formerly reached by a timber stair. It now has a suspended timber ceiling, and a quarry-tiled floor possibly from 1924. The second storey was lit by a large, 2-centred light in the west wall, blocked after 1913 (Milner, 1914), and a slit-light in the south wall. The belfry stage has large, single, square openings  with simple surrounds, from the later 15th century, in all 4 walls but the western opening has been blocked. The crenellated parapet lies on a corbel table, all from the later 15th century but the crenellations have 20th century copings.

The north aisle was added in 1860, in snecked rubble with oolite quoins and a low, external oolite offset. It communicates with the nave via an arcade of 3 moulded, 2-centred arches in cylindrical piers; to the west is a narrower, lower arch also from 1860. The east and west walls are pierced by windows like those in the nave but uncusped, while there are 2 similar windows in the north wall, single-light and 3-light respectively; all are from 1860. The softwood aisle roof has arch-braced, king-post trusses, from 1860. The passages are woodblocked, with suspended board floors, from 1924.

The vestry is a 1924 replacement of a slightly smaller vestry built in 1860 and includes a below-ground heating chamber. There is a doorway in the east wall with a concrete lintel, from 1924, and a window in the south wall with a similar lintel but a housing a re-used 2-light neo-Perpendicular window from 1860. A blocked fireplace in the north-west corner leads to a plain, square chimney, also from 1924. The gabled roof is concealed behind a matchboard ceiling, from 1924.

A revetted cutting runs around the west end of the church and around the north-west corner, probably primary. The nave and north aisle (and tower?) floors were lowered in 1924, and are suspended over a void in the nave and aisle. The heating chamber is below ground. External memorials lie significantly close to the east and south walls.

The chancel and nave may be 13th or 14th century, but cannot be closely dated. The west tower is late 15th century. The north aisle was added in 1860, along with a vestry that was taken down in 1924 and replaced with the present vestry and heating chamber.

The church had apparently become disused at some point prior to 1710, when it was reported that the roof was ‘intirely destry’d’ (Lodwick and Lodwick, 1994, 395). The following year it was ordered that £30 be given to repairing the church (Evans, 1912, 21) and it has been suggested that there was considerable further 18th century rebuilding (RCAHM, 1917, 260). The church had been brought back into use by 1833 when Samuel Lewis described it as ‘not distinguished by any remarkable architectural features’; there are a number of blocked early 19th century openings.

The church was restored in 1860 (RCAHM, 1917, 260) when the north aisle was built. A vestry was added on the site of, but smaller than, the present vestry. The church was refenestrated, reroofed and refloored.

In 1998 St Mary, Llanllwch, was a parish church. The living was a vicarage, held with Llangain and Llangynog (Benefice no. 803) in the Archdeaconry of Carmarthen, Rural Deanery of Carmarthen (St Davids, 1997-8).

The dedication appears always to have been to St Mary; the ‘llwch’ element of the place name probably referring to the nearby tract of bog (Yates, 1972, 52).