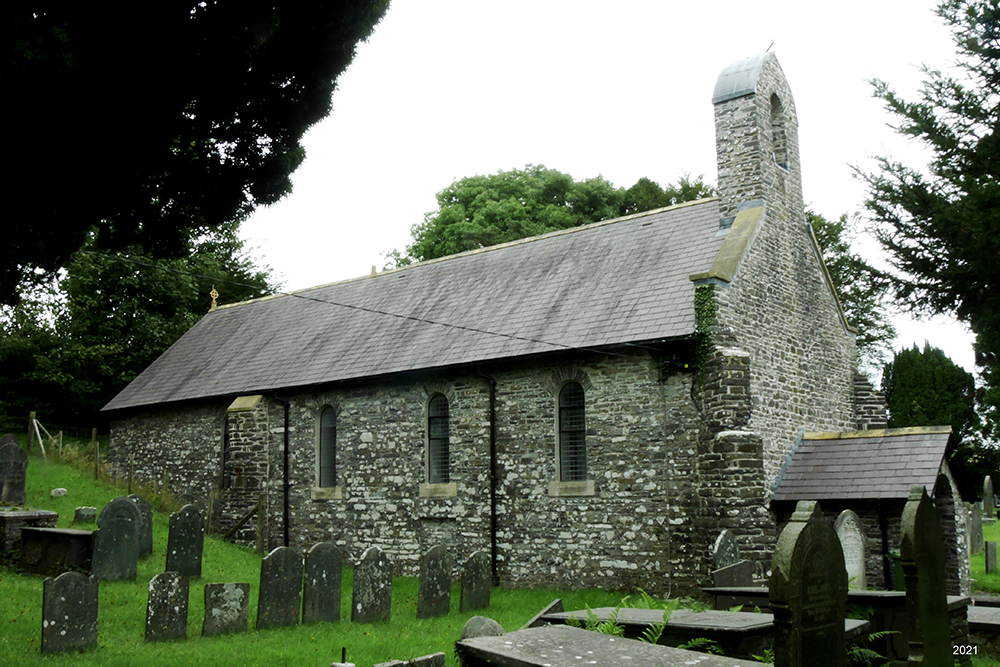 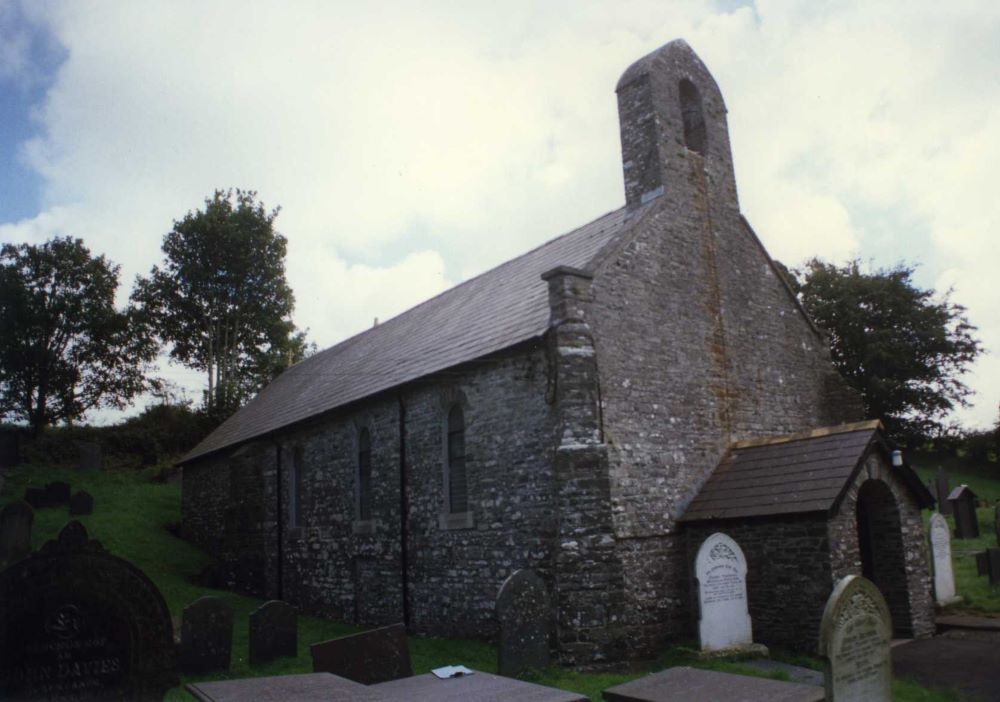 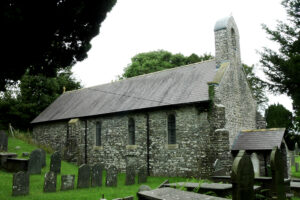 St Michael, Ciliau Aeron, is a 2-celled church, of small-medium size. It was entirely (re)built in the mid 18th century on the same site and in the same location as its predecessor (PRN 4853), but nothing was retained from the earlier fabric.

The present church consists of a 5-bayed chancel/nave without structural division and a west porch. Construction is in local rubble throughout; dressed stone is confined to the east window where it is yellow oolite. The openings are mainly from the mid 18th century, semicircular-headed, semi-‘Romanesque’ or neo-classical and simple, the windows having timber frames; the east window is from 1905 and is a triple lancet. The simple west porch was added in the early 20th century, in similar style. There are stepped angle buttresses on the west end corners, and a similar buttress in the centre of both side walls. There is a simple, gabled single bellcote at the west end, with a semicircular-headed opening, mid 18th century. Roofs are slated gables. The mid 18th century collar-rafter roof still survives in the western half of the church; the eastern half was replaced in 1905. The tiled and flagged floors are from 1905 re-using earlier flags, and are not suspended. The internal panelling is pre-1905 (ibid.).

Nothing is known of the pre-18th century church; it apparently occupied the same site and location as the present church.

The present church was (re)built in the mid 18th century, at the expense of David Davies of Foelallt (d.1768) and recorded on his memorial in the churchyard. The floors were of wood and flags in 1905 (NLW, SD/F/118).

The church was restored in 1905 to the designs of the architect E. V. Collier, of Carmarthen (ibid.). The restoration was medium impact. The east wall and south-east corner were taken down and rebuilt, with a new east window. The east half of the church was reroofed. The church was refloored. A buttress was built against the north wall to match that on the south wall. A chimney was built at the west end (now gone) leading from a free-standing ‘Musgrave’ stove. The windows were repaired. The interior was reseated and plastered, and the panelling was repaired.

There no firm evidence for the pre-conquest religious use of the site.

St Michael, Ciliau Aeron, was not a parish church during the medieval period (Rees, 1932), but a chapelry of the medieval Deanery of Sub-Aeron. The benefice appears to have been a rectory (Anon., 1882, 201) belonging to St Davids Cathedral.

Ciliau Aeron had become a parish by 1833 when the living, a discharged rectory in the patronage of the Bishop of St Davids, was rated in the king’s books at £5 and endowed with £400 royal bounty (Lewis, 1833).

In 1998 St Michael, Ciliau Aeron, was a parish church. The living was a rectory, held with Llanerch Aeron, Dihewyd and Mydroilyn (Benefice 801) in the Archdeaconry of Cardigan, Rural Deanery of Glyn Aeron (St Davids, 1997-8).

The cult of St Michael has pre-conquest origins within Ceredigion; however, the Ciliau Aeron dedication may be later (Various, 1994, 393).