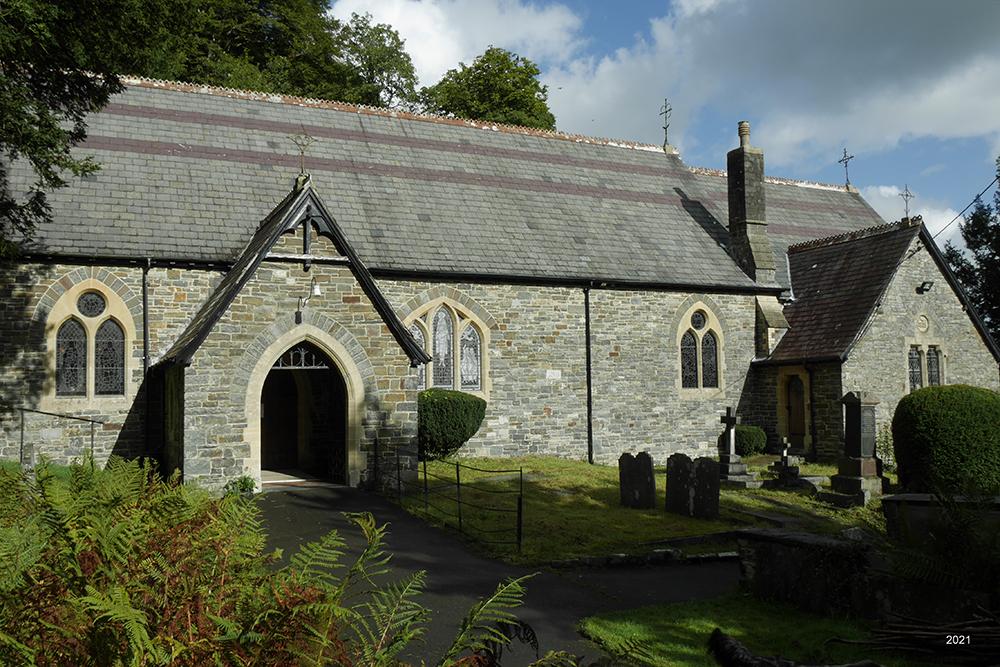 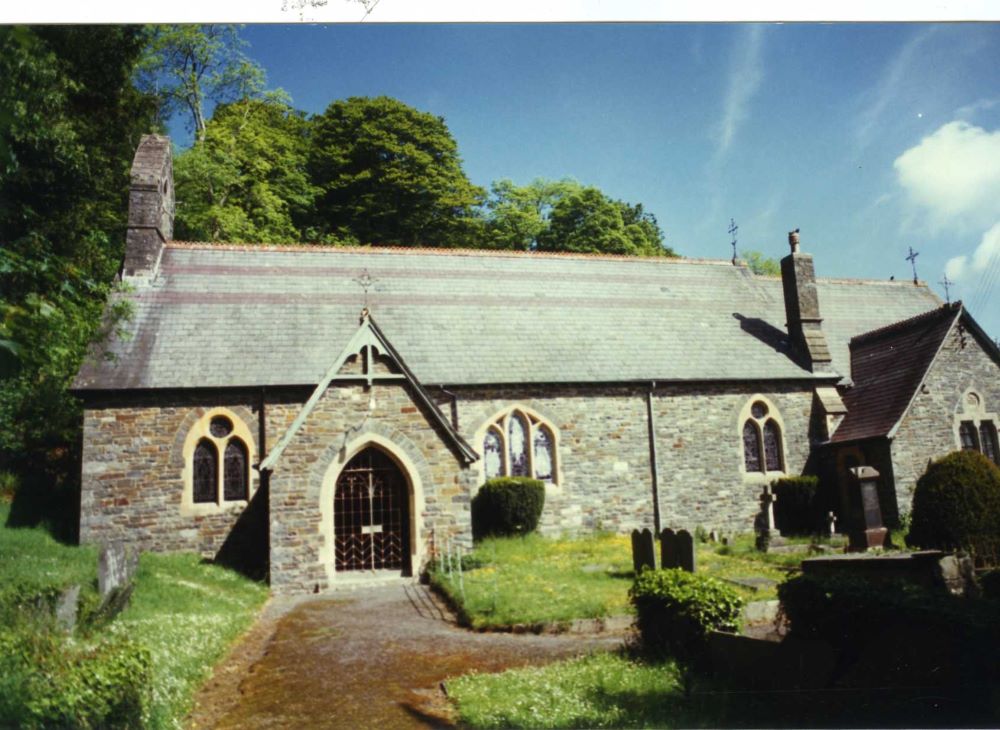 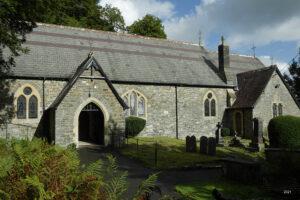 Archaeological potential – good. No physical evidence of earlier church, except deep, wide earth cutting around 50% of church; former components beyond 30% of church; suspended floors over heating ducts in 50% of church; below-ground floor in 10% of church; external memorials significantly close to 100% of church.

St Michael, Llanfihangel Genau’r-glyn, is fundamentally a 3-celled church, of medium size. It was entirely (re)built in 1884-5 on the same site, and in the same location as its predecessor, but nothing was retained from the earlier fabric. The organ chamber was added in 1929.

The present church consists of a 2-bayed chancel, a 4-bayed nave, a south porch, a transeptal single-bayed organ chamber north of the chancel west bay, and a transeptal single-bayed vestry, over a boilerhouse, south of the chancel west bay. Construction is in local shale rubble. All dressings are in yellow oolite and from 1884-5, and 1929 in the organ chamber; the 2- and 3-light windows have very simple plate tracery. There is limited external buttressing. A simple, gabled single bellcote lies over the west end. The boilerhouse beneath the vestry is partly below-ground and has a simple square chimney. The roofs are slated gables throughout. The floors are suspended except in the porch.

The form of the medieval church is not known; it may or may not have survived, in part, the rebuild of the later 18th century (see below). It has been suggested (Anon., 1878, 335) that it may have been aisled, separated from the nave by an arcade(s) of oak; a ‘massive pillar of oak of good Perpendicular work, with part of the spandrel of an arch’, said to have come from the church, stood in a farmyard in the 19th century (ibid.).

The church was largely rebuilt in the later 18th century (Anon., 1878, 335) in a semi-Classical manner of good quality. As rebuilt, it was a large, symmetrical cruciform church, comprising chancel, nave and transepts; there were no interior arches, all components being open to one another. How much of the fabric was pre-18th century is now difficult to assess, but the 2-light east window had a square surround that one contemporary source termed ‘Elizabethan’ (Glynne, 1897, 305). While there was a pronounced external offset on the east wall, and a possible blocked ?Romanesque window in the south wall. A plan and elevations of the church are contained within the faculty bundle for the 1884 rebuild (NLW, SD/F/330) and show a Classical south door with a semicircular head, similar windows with 16-pane timber ‘Y’-tracery in the nave south wall and transepts, and simple segmental windows with brick heads, probably earlier 19th century, in the west wall and chancel south wall. There was a segmental-headed door in the west wall, also probably earlier 19th century, reached via a double staircase and leading to a gallery. An elaborate, timber, Classical domed cupola rose over the crossing. The floor was flagged. The roofs had flat ceilings from the 19th century  (Glynne, 1897, 305).

There is no physical evidence for the pre-1884 church, though its extent was greater than that of the present church; the deep, wide earth cutting around the north and west walls, however, is mainly pre-1884. Floors are suspended over heating ducts in the nave and organ chamber. The boilerhouse is partly below-ground. External memorials lie significantly close to all walls.

The Lychgate to the churchyard is listed – Listed Building No. 9829.

Reason for Listing: A rare surviving example of a pre C19 church lychgate. 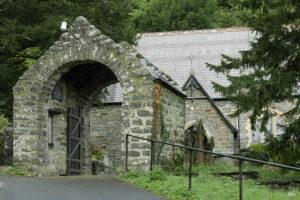 St Michael, Llanfihangel Genau’r-glyn, was not a parish church during the medieval period (Rees, 1932), but as ‘Llanfihangel Castell Gwallter’ was a chapelry of the medieval Deanery of Ultra-Aeron. It appears to have always been in the patronage of  the Bishops of St Davids.

Llanfihangel Genau’r-glyn had become a parish by 1833 when the living, a discharged vicarage in the patronage of the Bishop, was rated in the king’s books at £12 (Lewis, 1833).

In 1998 St Michael, Llanfihangel Genau’r-glyn, was a parish church. The living was a vicarage held with Llangorwen (Benefice no. 824) in the Archdeaconry of Cardigan, Rural Deanery of Llanbadarn Fawr (St Davids, 1997-8). 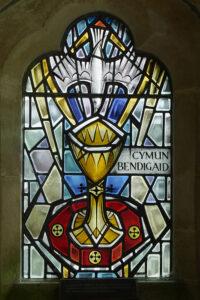 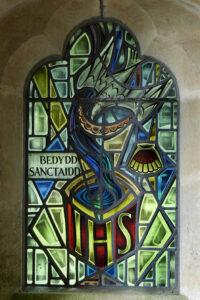