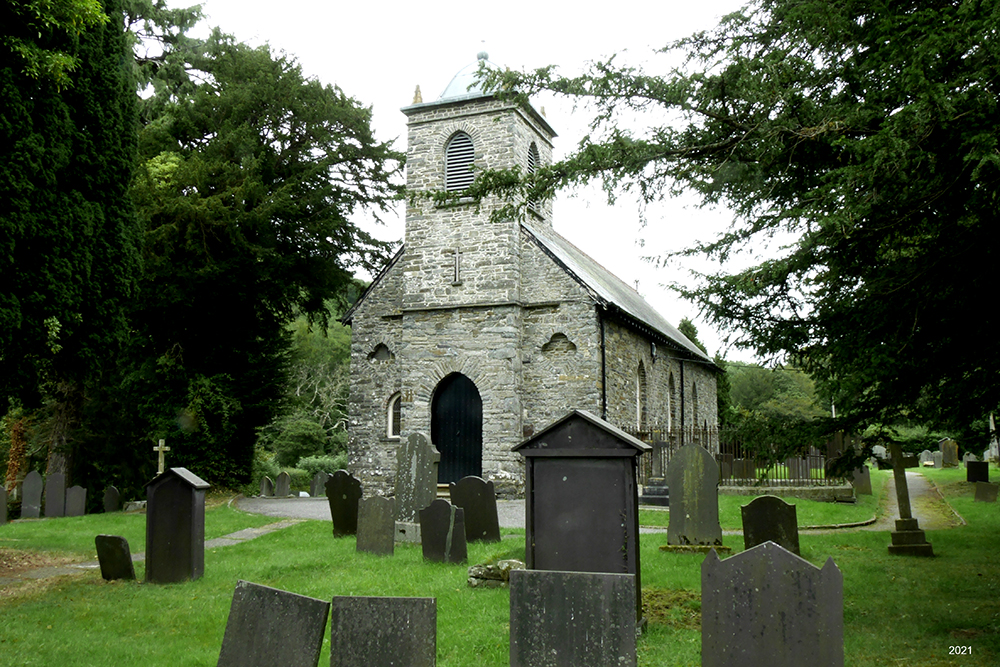 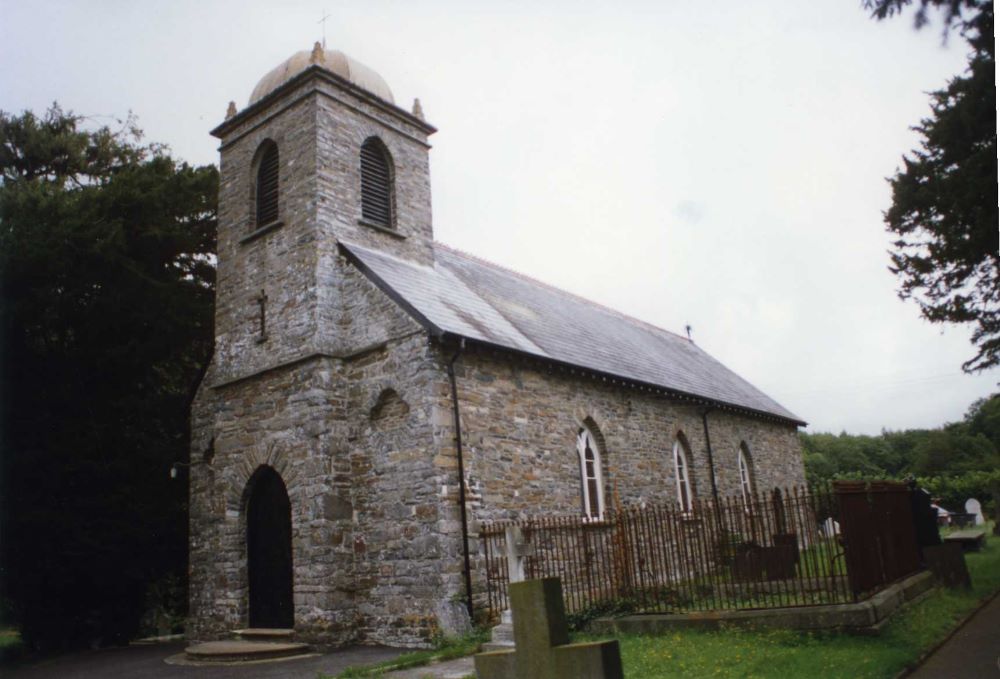 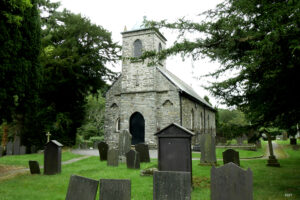 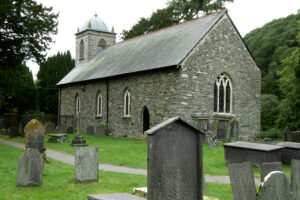 St Non, Llanerch Aeron, is a 2-celled church, of small size. It was entirely (re)built in 1798, probably to the designs of the architect John Nash (Cadw, 1996, 83) contemporary with the house he built to the east (PRN 6900).  The church was rebuilt on the same site, and possibly in the same location as its predecessor (PRN 5667) but nothing was retained from the earlier fabric.

The present church consists of a 3-bayed chancel/nave without structural division and a 3-storey west tower including a porch. Construction is in local rubble throughout. Dressed stone is confined to the simple west tower string-courses and pinnacles. The 2-centred openings are neo-gothic, in the ‘estate church’ style and from 1798; they are simple, with timber Y-tracery; the west tower displays 4 simple belfry openings and a cross-loop, while the west wall has 2 blind trefoil openings, all 1798 (Anon., 1915). There is a second door in the south wall, 1798. The roof is a  slated gable; the tower has a ‘cupola’ dome which was replaced in 1960, copying the original 1798 dome  (Cadw, 1996, 83). The floors may be suspended.

Nothing is known of the pre-1798 church; it occupied the same site and possibly the same location as the present church. The present church is much as illustrated by ?Meyrick in 1810 (Anon., 1915), but the chancel/nave crenellations, and the external stucco finish, have gone, removed during a restoration in 1895 to the designs of the local architect David Davies of Penrhiwllan (Cadw, 1996, 83) when the chancel/nave roof, the Y-tracery, and possibly the floors, were renewed. An earlier restoration had occurred in 1878 under the architect F. Fowler, of Brecon (ibid.). Both restorations were low-impact.

There is a no physical evidence for the pre-1798 church. There is neither an external cutting nor a drain around the present church. The floors may be suspended over a void. External memorials lie significantly close to the south and east walls.

St Non, Llanerch Aeron, was a parish church during the medieval period (Rees, 1932), of the medieval Deanery of Sub-Aeron. The benefice was a rectory belonging to St Davids Cathedral as a prebend of the collegiate church at Llanddewi Brefi (Lewis, 1833)

At the dissolution, the advowson fell to the crown but found its way into private patronage. In 1833 the living, a perpetual curacy with that of Dihewyd consolidated, was in the alternate patronage of the Earl of Lisburne and Colonel Lewis, rated in the king’s books at £3 1s 0½d (ibid.).

In 1998 St Non, Llanerch Aeron, was a parish church. The living was a rectory, held with Ciliau Aeron, Dihewyd and Mydroilyn (Benefice 801) in the Archdeaconry of Cardigan, Rural Deanery of Glyn Aeron (St Davids, 1997-8).