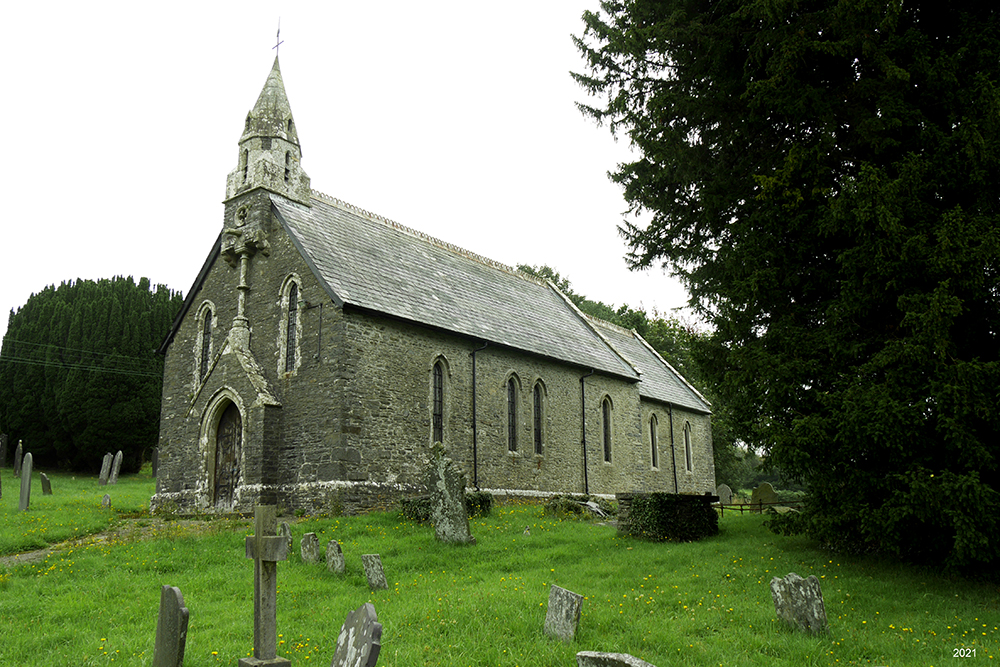 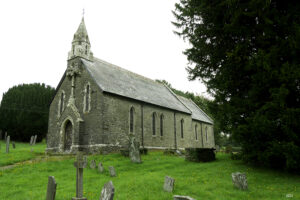 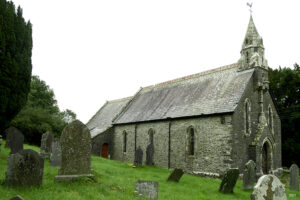 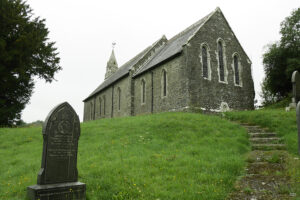 A 2-cell church, small. Consists of chancel, 2 bays; nave, 3 bays; vestry (north), 1 bay; all new built in 1873. Construction is in split-shale rubble throughout. Neo-gothic. Slate gable roofs; vestry with slate lean-to. All openings are from 1873; western bellcote with spire, 1873.

St Sulien, Silian, is a 3-celled church, of small size. It was entirely (re)built in 1873 to the designs of RJ Withers, in the same location, and on the foundations as its predecessor (PRN 4796) but retaining nothing from the earlier fabric.

The present church consists of a 2-bayed chancel, a 3-bayed nave, a south porch and a single-bayed lean-to vestry north of the chancel west bay. Construction is in local Silurian split-shale rubble throughout. All dressings are in grey oolite and from 1873; the openings comprise uncusped single lancets, with a triple-lancet east window. The west door has a raised, gabled surround from which a cylindrical column rises to the corbelled bellcote; the bellcote is octagonal, in grey oolite and features 4 openings beneath a spire with 4 lucarnes, all 1873. There is a date-stone marked ‘1873’ on the west wall. The vestry features a disused fireplace; the chimney has gone. The roofs are slated gables; the vestry has a slated lean-to roof. The floors are suspended .

The earlier church was described by Lewis as ‘an ancient edifice… not distinguished by any architectural details of importance’, consisting of a nave and chancel  (Lewis, 1833). It is shown as such on the tithe map of 1846 (NLW, Silian, 1846). There was a bellcote at the west end (Anon., 1878, 352).

The church was entirely rebuilt 1873 to the designs of the architect RJ Withers of Chester (ibid.; Clive-Powell, 1996, 1). The new building closely follows the plan of its predecessor and appears to be built on the same foundations.

There is a deep cutting along the north side of the church, probably primary except around the vestry; a corresponding slight platform lies beneath the southern half of the building which may be secondary, derived from debris of the earlier church?. There is no external drain. Floors are suspended over heating ducts. No memorials lie significantly close to the church.

St Sulien, Silian, was a parish church during the medieval period (Rees, 1932), of the medieval Deanery of Sub-Aeron. It was in the patronage of the Bishops of St Davids.

In 1833 the living was consolidated with the vicarage of Llanwnen (Lewis, 1833), which was in the patronage of the Bishop to whom two-thirds of the tithes were appropriated, the other third belonging to the vicar; it was rated in the king’s books at £3 4s 9½d, endowed with £400 royal bounty and £400 parliamentary grant (ibid.).

In 1998 St Sulien, Silian, was a parish church. The living was a vicarage, held with Lampeter (Benefice 822) in the Archdeaconry of Cardigan, Rural Deanery of Lampeter and Ultra-Aeron (St Davids, 1997-8).