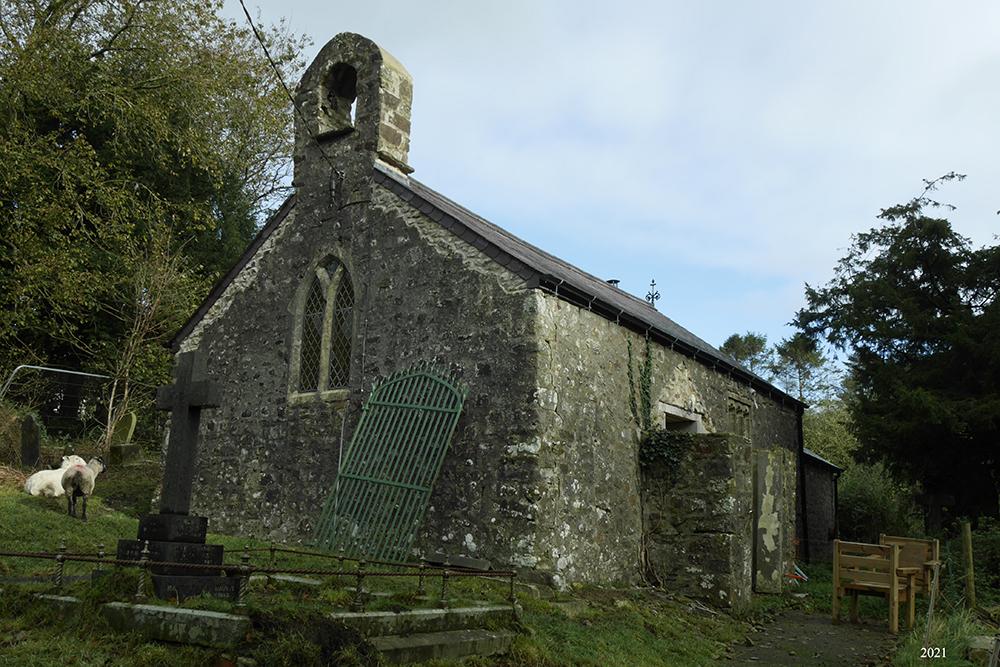 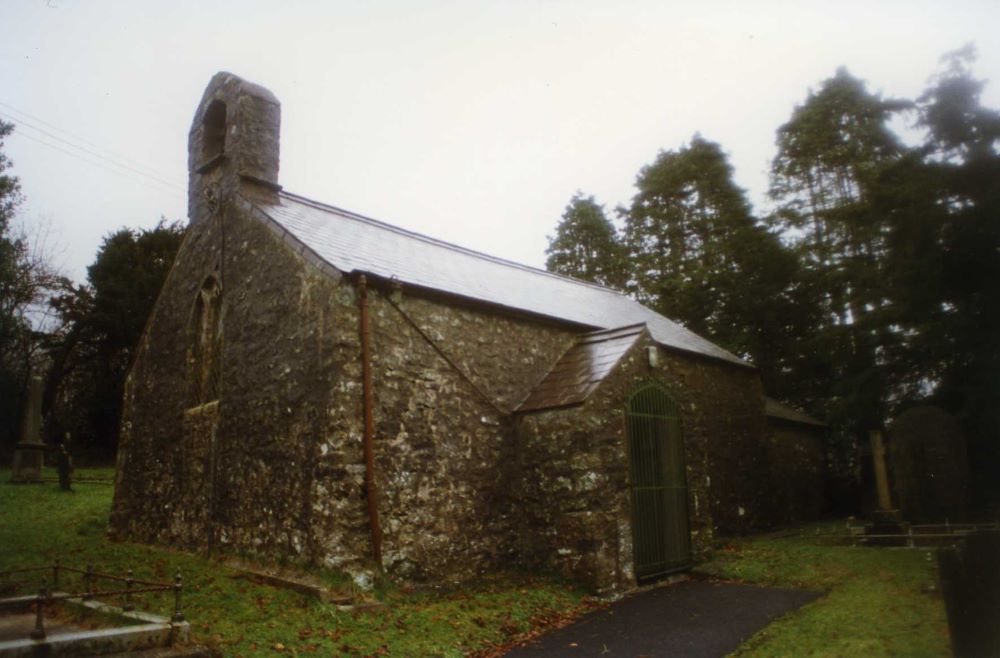 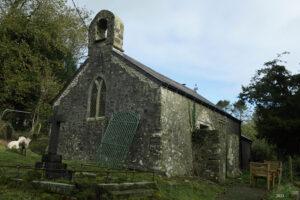 Note – November 2021: Being converted for residential use.

Archaeological potential – good. Deep, wide external cutting around 50% of church, with corresponding earthwork platform beneath 50% of church, primary?; shallow, concrete drain around 20% of church; below-ground floor in 5% of church; suspended floors over heating flues in 90% of church.

The present church consists of a 2-bayed chancel, a 2-bayed nave, a south porch, a single-bayed vestry north of the chancel west bay, and a boilerhouse north of the vestry. Construction is in local rubble; pointing is mainly 19th century with areas of poor 20th century repointing, and the interior is plastered. The vestry and boilerhouse are in brick. The chancel arch may be fundamentally medieval; doors and windows are mid 19th century, the latter with ‘Y’-tracery, or from 1894 and neo-Perpendicular; dressings are in grey oolite. There is a simple, gabled single bellcote at the west end, 18th century?. Roofs are slated gables; the vestry and boilerhouse have slated lean-to roofs.

The chancel was largely rebuilt in the mid-19th century (Thomas, 1964). The 3-light, cusped, neo-Perpendicular east window is from 1894. The plain, 4-centred chancel arch was rebuilt in the mid-19th century but the base may be medieval (ibid.). The softwood ‘wagon-roof’ matchboarded ceiling is from 1894; the flagged floor is of the same date, overlying heating flues, but the flags may be re-used.

The nave north wall leans out markedly. The north and south walls each feature a window like the east window and similarly from 1894. The plain, 4-centred south door is similar to the chancel arch and from the mid-19th century when the south wall was rebuilt (ibid.). The 2-light west window is also from the mid-19th century and has ‘Y’-tracery; above it is a crude, gabled single bellcote, with a 2-centred opening, that may be earlier, 18th century?. The nave is ceiled as the chancel, 1894. The passages are flagged above heating flues, with re-used flags?, with suspended board floors, from 1894.

The plain, small south porch was added in the mid-19th century and has a contemporary 4-centred doorway like the south door. The ?collar-rafter roof is concealed by matchboarding from 1894. Flagged as the nave. transept is entered through a 2-centred arch reflecting the profile of its vaulting, and is lit by a double lancet window in its south wall from 1870-72. The medieval vault has a rounded 2-centred profile. Floored as the nave.

The lean-to, brick vestry is from 1894 and entirely open to the nave. It is lit by a simple, single ‘lancet’ window in the north wall, 1894. The roof continues the chancel roof northern slope but the matchboarded ceiling, also from 1894, is ‘gabled’. Floored as the chancel. The below-ground boilerhouse lies against the north wall and continues the roof slope down to churchyard level; it is similarly of brick, with a plain doorway in the east wall, with a concrete lintel, reached via a flight of 7 steps. The 1894 firebox survives internally.

A deep, wide external cutting runs along the north and east sides, at least partly primary where the church is built into the hillslope; there is a corresponding slight platform beneath the southern half of the church. A shallow, concrete drain runs along the west wall. The boilerhouse floor is below ground. Floors are suspended above heating flues. No external memorials lie significantly close to the church.

The church now appears to be post-medieval but Thomas, 1964, attributed most of the fabric to before the 18th century, probably medieval, including the base of the chancel arch.

The church was in poor repair in 1710, and again in 1833 (Nicholas, 1994, 3). It was reroofed in 1839 (ibid.) when the south porch may have been added (it is not shown on the tithe map published in 1840, but had been added by the time of the Ordnance Survey first edition of 1888, and the tithe survey was undoubtedly earlier than 1840); in addition, the south wall and chancel were rebuilt in the 19th century on the earlier footings (Thomas, 1964) and the work was probably contemporary. The nave west window is probably of similar date, but the simple bellcote may be rather earlier.

The church was restored in 1894 (Nicholas, 1994, 3) when the vestry and boilerhouse were added, most of the windows were replaced, and the present roofs and floors were inserted, the latter probably re-using earlier flags. The interior was replastered and reseated

The softwood pews, pulpit and vestry screen are from 1894.

The font is mid-19th century.

St Teilo, Crinow, was not a parish church during the post-conquest period (Rees, 1932), but a chapelry of the medieval Deanery of Carmarthen, when it appears to have been known as Llandeilo Velfrey (Green, 1911, 285). By 1594, at least, it was in crown patronage (ibid.).

Crinow had become a parish by 1833 when the living, a discharged rectory in the patronage of the king, was endowed with £600 royal bounty (Lewis, 1833).

In 1998 St Teilo, Crinow, was a parish church. The living was a rectory, held with Narberth, Mounton and Robeston Wathen (Benefice 631) in the Archdeaconry of St Davids, Rural Deanery of Narberth (St Davids, 1997-8).