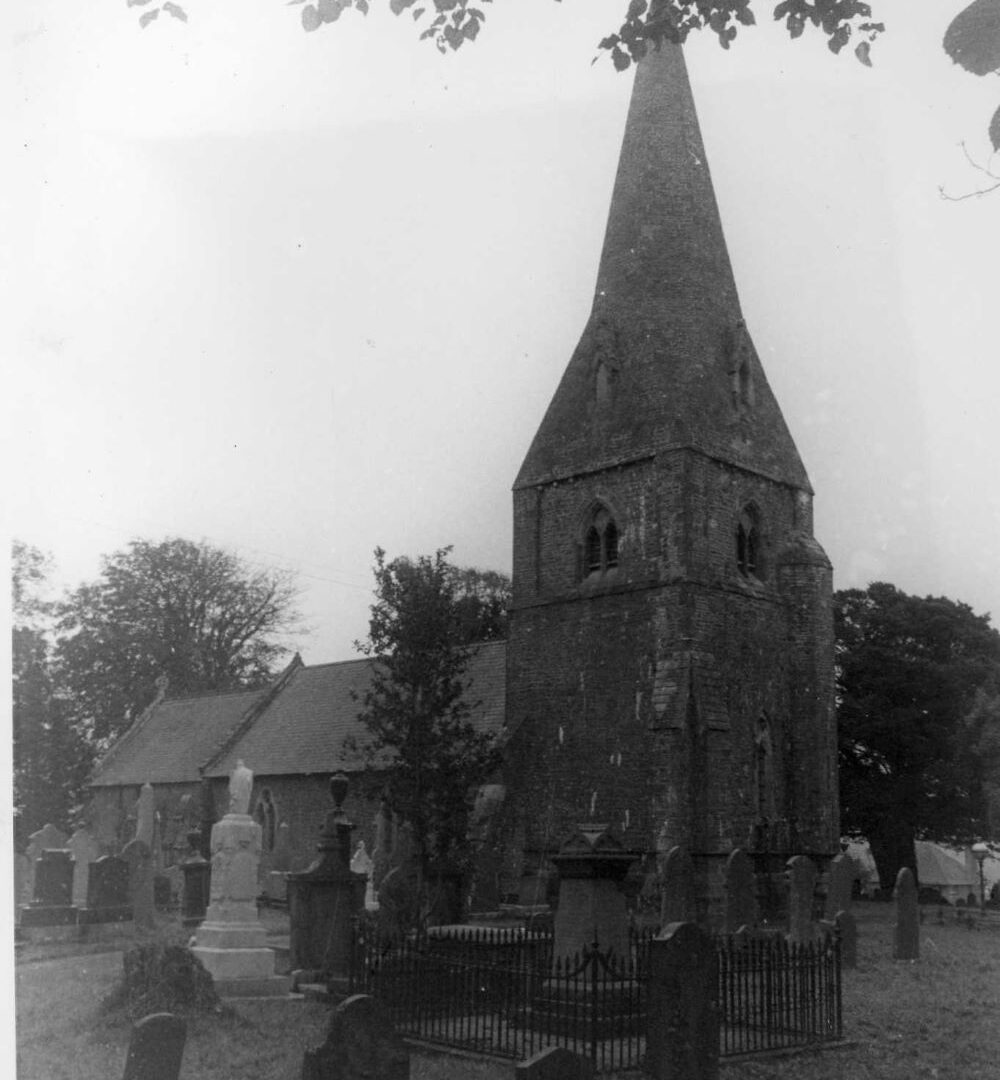 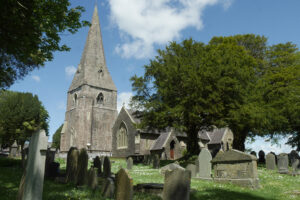 Reason for Listing: Listed for its architectural interest as a Gothic Revival church of definite character with prominent spire and good interior detail.

Archaeological potential – good. No physical evidence for pre-1860 church; no external cutting or drain; suspended floors over heating ducts in 75% of church; below-ground floor in 5% of church; burial vaults against 10% of church; external memorials significantly close to 20% of church.

St Twrog, Llanddarog, is a multicelled church, of large size. It was (re)built in 1860 to the designs of R. K. Penson, on the same site, and in the same location, as its predecessor (PRN 4720) but retaining nothing from the earlier fabric.

The present church consists of a 3-bayed chancel, a 3-bayed nave, a 3-bayed north chapel (now a vestry), a 3-bayed north aisle, a south porch, a 3-storey tower with a broach spire, a single-bayed transeptal vestry south of the chancel, a (disused) below-ground coalhouse east of the vestry, and a boilerhouse (with oil tanks) east of the coalhouse. Construction is in Old Red Sandstone ashlar and rubble; the interior is plastered; the boilerhouse is in breeze-blocks. Dressings are mainly in yellow oolite and from 1860, some having been replaced in ORS; the openings are neo-gothic comprising 2- and 3-light windows with simple tracery, a chancel arch and arcades. The exterior is buttressed throughout. The roofs are slated gables; the coalhouse and boilerhouse have lean-to roofs; the tower has a broach spire from 1860. Floors are suspended except in the tower and south porch.

There is no physical evidence for the pre-1860 church. There is neither an external cutting nor a drain. The floors are suspended over heating ducts except in the tower and south porch. The coalhouse floor is below-ground. There are burial vaults against the north and east walls of the north chapel. There is no evidence for any internal vault or crypt. Some external memorials lie significantly close to the north walls.

St Twrog, Llanddarog, was a parish church during the medieval period (Rees, 1932), of the medieval Deanery of Stradtowy. It was a possession of the Bishop of St Davids as a prebend of the collegiate church at Brecon (Lewis, 1833).

The patronage was unchanged in 1833, when the living was a perpetual curacy rated in the king’s books at £10, endowed with £200 private benefaction, £400 royal bounty and £1200 parliamentary grant (ibid.).

In 1998 St Twrog, Llanddarog, was a parish church. The living was a vicarage, held with Llanarthne (Benefice no. 593) in the Archdeaconry of Carmarthen, Rural Deanery of Carmarthen (St Davids, 1997-8).