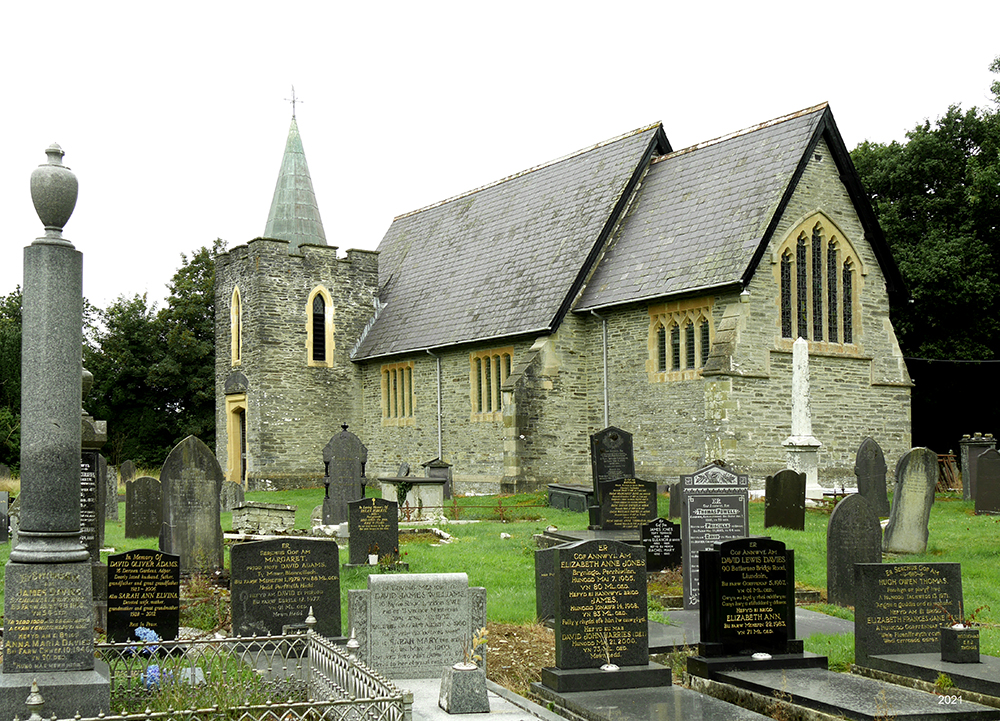 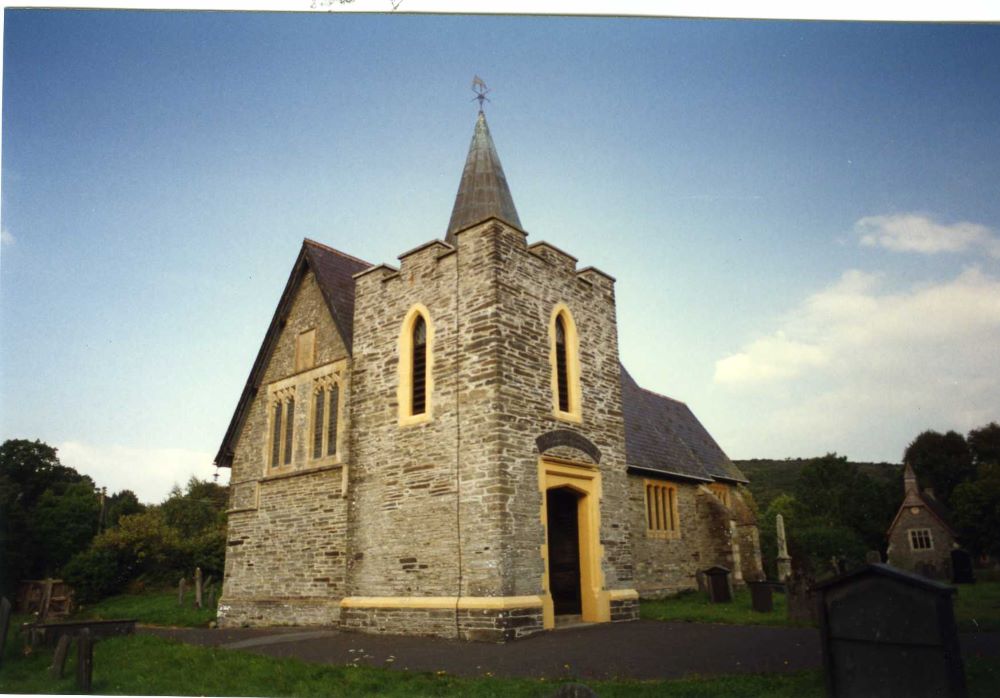 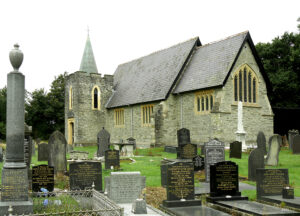 Construction is in shale rubble throughout. Neo-gothic. Slate gable roofs; vestry with slate lean-to roof and tower with conical ?lead sheeting roof. All openings are from 1888 except tower upper storey openings which are later 20th century.

St Tyfriog, Llandyfriog, is a 3-celled church, of small-medium size. It was entirely (re)built in 1888 to the designs of Messrs Middleton, Prothero and Phillott. (NLW, SD/F/275). The church was built in the same location, and on the foundations as its predecessor but nothing was retained from the earlier fabric.

The present church consists of a 2-bayed chancel, a 3-bayed nave, a 2-storey tower south of the nave west bay, incorporating a porch, and a single-bayed lean-to vestry north of the chancel. Construction is in shale rubble throughout. The external pointing is from the later 20th century. There is limited external buttressing. All dressings are in oolite and from 1888; the 2-centred openings are neo-Gothic and the multiple-lancet windows are generally cusped but untraceried. The south-west tower was formerly of 3 storeys but was lowered to its present height later in the 20th century and the new belfry stage given plain lancets. The roofs are slated gables; the vestry has a slate lean-to roof and the tower has a conical ?lead sheeting roof. The floors are suspended except in the tower.

The earlier church evidently followed much the same plan as its successor but lacked the tower and vestry components (NLW, SD/F/275). It was described by Lewis in 1833 as ‘an ancient edifice, not distinguished by any architectural features of importance’ (Lewis, 1833). It was demolished in 1888 and the ground made up from its spoil prior to the construction of the present church; this can still be seen as a platform along the north walls and the south wall of the chancel.. There is no external drain or cutting around the church. There is an underfloor void beneath the suspended floors, but no vault or crypt is evident. Some memorials lie close to the south wall of the church.

The church was described in 1860 as consisting ‘merely of chancel and nave’ (Glynne, 1898, 355) and to have been ‘mostly, if not entirely rebuilt’.  The chancel arch was ‘modern’, as were all the windows and internal fittings. A single bellcote lay on the nave west wall.

An application to demolish the church and rebuild it, to the specifications of Middleton & Co. of Cheltenham, was made in 1882, and the Faculty was duly granted on 14 February 1883. However, the work was not carried out, and it was not until 1888 that the church was restored, to new plans submitted by Middleton, Prothero & Phillott of Cheltenham.

St Tyfriog, Llandyfriog, was a parish church during the medieval period (Rees, 1932), of the medieval Deanery of Sub-Aeron. The benefice was a prebend of St Davids Cathedral (Lewis, 1833)

In 1833 the living was a discharged vicarage with the rectory of Llanfair Trelygon annexed, in the Archdeaconry of Cardigan, in the patronage of the Bishop of St Davids; it was rated in the king’s books at £8 and endowed with £600 royal bounty (ibid.).

In 1998 St Tyfriog, Llandyfriog, was a parish church. The living was a vicarage, held with Newcastle Emlyn Holy Trinity, Troed-yr-Aur and Brongwyn (Benefice 834) in the Archdeaconry of Cardigan, Rural Deanery of Emlyn (St Davids, 1997-8).