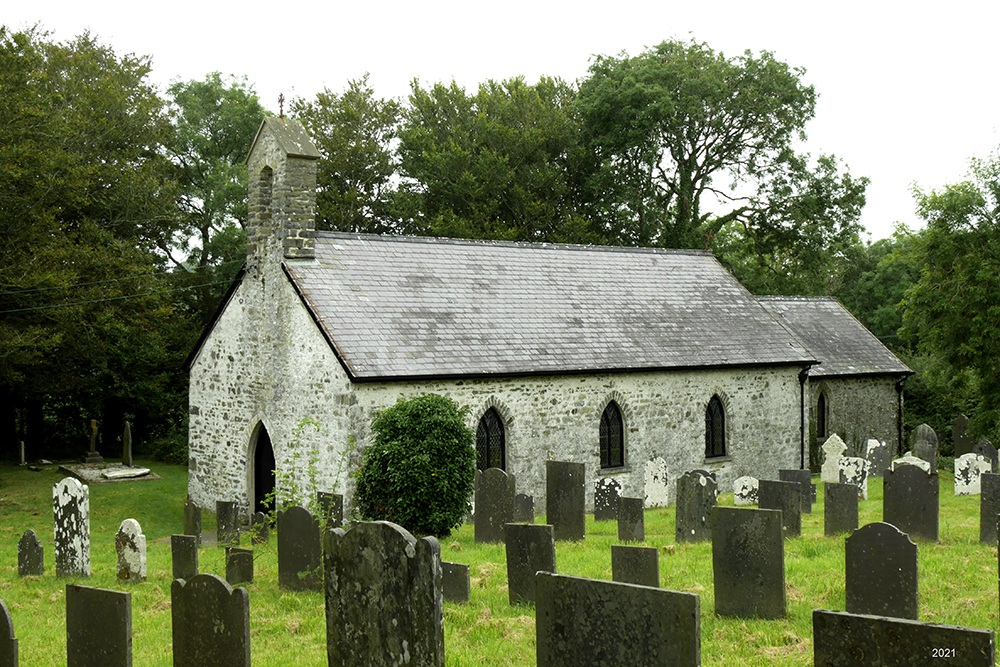 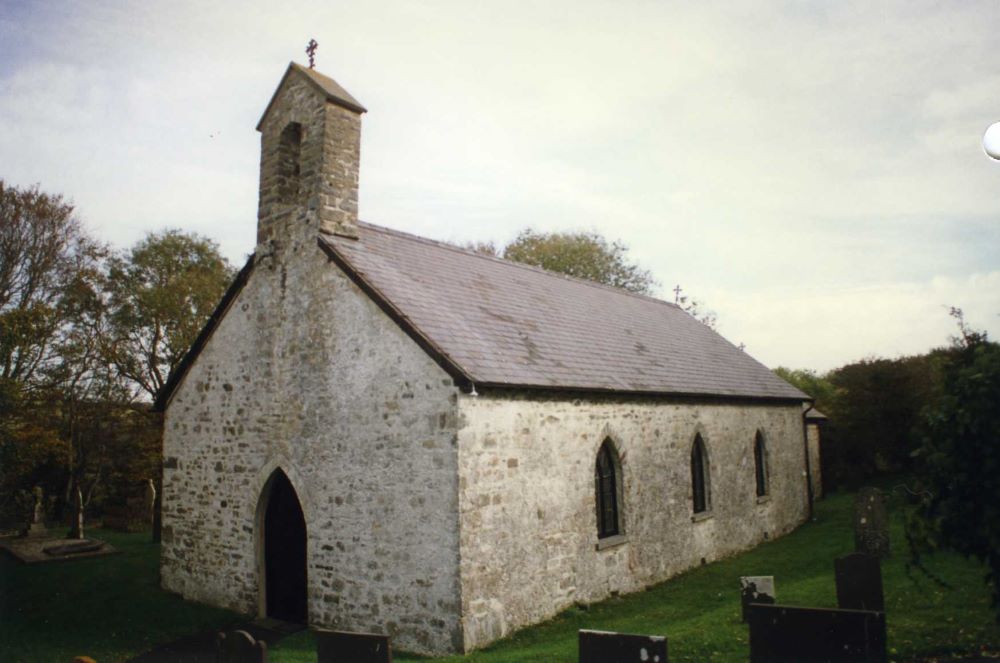 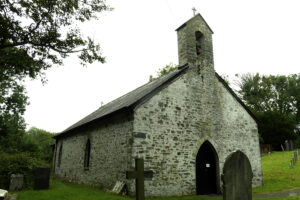 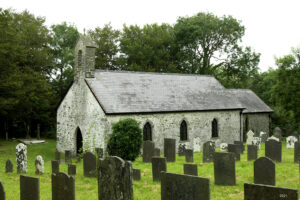 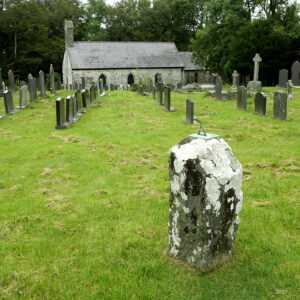 The present church consists of a 2-bayed chancel and a 3-bayed nave. A south aisle (and skew passage?) was formerly present. Construction is in limestone rubble.  Openings are neo-gothic, from 1825-6 and 1890 but lack dressings. There are the extensive remains of external render from 1825-6, with very little repointing; the interior is plastered. Roofs are slated gables.

The chancel was largely rebuilt in 1825-6. The east window is a plain, 2-centred single-light opening, originally from 1825-6 but entirely rebuilt, in similar style, in 1890; it contains a timber-framed, 3-light window with cusped tracery, 1890. The south wall features a similar single light from 1890, with a cusped timber frame. The plain 2-centred chancel arch was rebuilt in 1825-6, its southern stop interrupting a curved chamfer in the internal angle, where the former south aisle – or its skew passage – joined the south walls. The softwood ‘wagon-roof’ ceiling is from 1890. The floor is quarry-tiled, from 1890.

The nave south wall was entirely rebuilt in 1825-6 when the south aisle/transept was removed, but the north and west walls are substantially medieval, the former being battered externally. There are 3 windows in the south wall, and 2 in the north wall; all are like the east window but 2-light, the openings in the south wall being from 1825-6 but altered in 1890. The west door is a plain, 2-centred arch from 1825-6. The simple, gabled single bellcote over the west end was rebuilt in 1890. The softwood nave roof is from 1890 and comprises arch-braced, king-post trusses, with matchboarding. The passages are quarry-tiled as the chancel, with suspended board flooring, all from 1890.

A south aisle was formerly present. A 2.5m wide, deep external cutting runs along the nave south wall; primary, possibly to facilitate the construction of the former south aisle and denoting its width. Secondary, medium-depth external cuttings lie along the chancel south wall and the south-west corner of the nave. The churchyard has been secondarily truncated along the nave north wall exposing its footings. A low, irregular earthwork along the chancel north wall may represent building debris. The floor is suspended over an underfloor void in the nave. No external memorials lie significantly close to the church.

The chancel and nave are fundamentally medieval, but have been largely rebuilt. A south aisle was formerly present, which may have included a skew passage into the chancel. Lewis, 1833, described the church as having possessed a south aisle, apparently copying from Meyrick’s account of 1805. A masonry rood-screen had been present, and an ‘ancient piscina’ lay next to the west door, prior to 1825 (ibid.).

The church was largely rebuilt in 1825-6 by local builders Elias Davies and Henry Parry  (Cadw, 1996, 1). The south aisle, the rood-screen and the stoup were removed, the nave south wall being entirely rebuilt and the chancel being largely rebuilt. The 1825-6 church is shown in the drawings that accompanied the faculty application for the 1890 restoration (NLW, SD/F/260). The general arrangements were as today but the north wall, and chancel side walls, were blind; the present east window, and nave south wall windows, which had been inserted in 1825-6, are shown but with ‘Y’-traceried timber frames. The bellcote was similar to the present structure. The interior was ceiled, and the floor was flagged. The exterior was given its present render finish.

The church was restored in 1890 to the designs of the architect David Davies of Penrhiwllan, Llandysul (ibid.). The north wall and chancel south wall were fenestrated with the present windows. The east window was entirely rebuilt, and all windows received their present cusped timber frames. The bellcote was rebuilt. The church was reroofed, refloored, replastered and reseated. There appear to have been no further major alterations.

The softwood pews and vestry screen are from the 1890 restoration. The oak panelled reredos is dated 1938. The pulpit is from 1946, and the 1890 altar rail was replaced in 1946 leaving empty sockets in the side walls.

St Tysilio, Llandysiliogogo, was a parish church during the medieval period (Rees, 1932), of the medieval Deanery of Sub-Aeron. It appears to have been, from an early period, a possession of the Bishops of St Davids. By the 17th century at least a chapelry had been established within the parish at Capel Cynon.

In 1998 St Tysilio, Llandysiliogogo, was a parish church. The living was a vicarage, held with Llangrannog and Penbryn (Benefice 830) in the Archdeaconry of Cardigan, Rural Deanery of Glyn Aeron (St Davids, 1997-8).