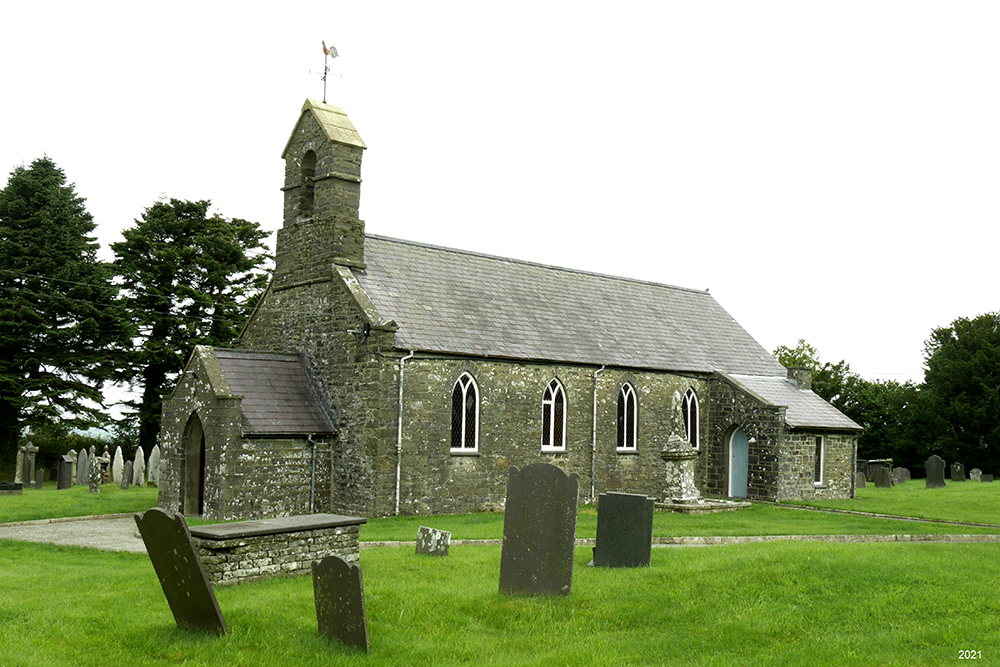 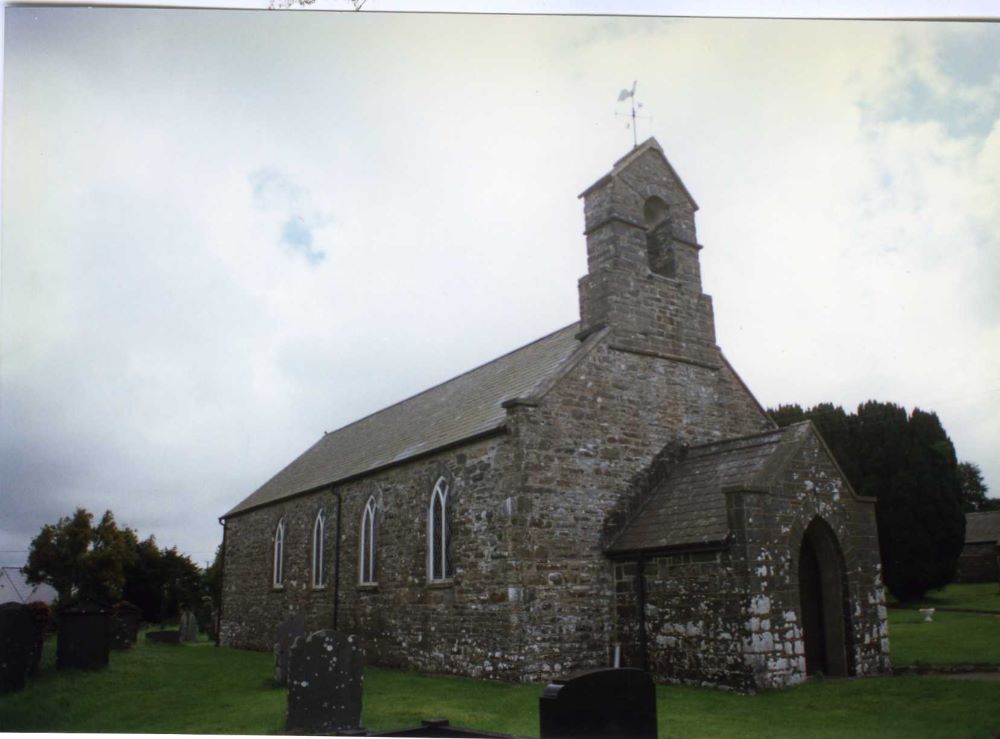 St Vitalis, Dihewyd, is a 2-celled church, of small size. It was entirely (re)built in the 1820s, on the same site, and in the same location, as its predecessor, but nothing was retained from the earlier fabric.

The present church consists of a 4-bayed chancel/nave, without structural division, a west porch and a single-bayed vestry south of the east bay. Construction is in local rubble throughout, squared and coursed in the vestry; plastered within. The openings are neo-gothic and simple, from the 1820s, without dressings and with timber ‘Y’-tracery; plain in the vestry and later. There is a simple, gabled single bellcote at the west end, possibly rebuilt in the later 19th century. The vestry has a plain, square chimney, later 19th century. Roofs are slated gables; the vestry has a slated lean-to roof.

The church had been rebuilt within ‘the last 5 years’ in 1833 (Lewis, 1833) when it was ‘a neat edifice, consisting of a nave and chancel’; the west porch is contemporary. The vestry appears to date from the later 19th century and is of coursed rubble; the west porch may have been refaced at the same time.

There is a no physical evidence for the pre-19th century church. A shallow external drain surrounds the church but lies on a raised ‘plinth’. There may be no underfloor void. Few external memorials lie significantly close to the south wall.

There some evidence for the pre-conquest religious use of the site:-

St Vitalis, Dihewyd, was not a parish church during the medieval period (Rees, 1932), but a chapelry of the medieval Deanery of Sub-Aeron. The benefice appears to have always belonged to St Davids Cathedral, as a prebend of the collegiate church of Llanddewi Brefi (Lewis, 1833), but was later transferred to that at Brecon, and rated in the kings’ books at £6 13s 4d (ibid.).

Dihewyd had become a parish by 1833 when the living, a perpetual curacy in the patronage of the Bishop of St Davids, consolidated with that of Llanerch Aeron, was endowed with £800 royal bounty (Lewis, 1833).

In 1998 St Vitalis, Dihewyd, was a parish church. The living was a vicarage, held with Llanerch Aeron, Ciliau Aeron and Mydroilyn (Benefice 801) in the Archdeaconry of Cardigan, Rural Deanery of Glyn Aeron (St Davids, 1997-8).

The dedication may refer to a Celtic St Gwyddalus, rather than the Latin St Vitalis of Ravenna (Various, 1994, 391).