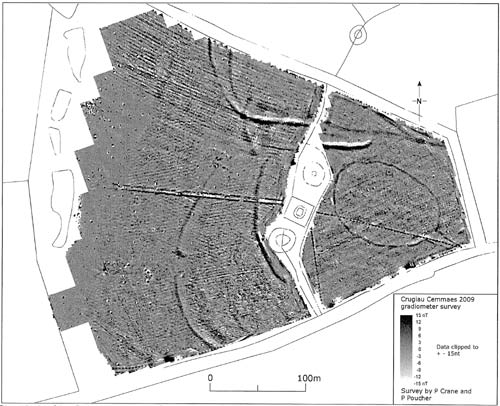 A geophysical survey conducted around a round barrow cemetery, which is a scheduled ancient monument, revealed a previously unknown oval enclosure, probably an Iron Age defended settlement. At least one and possibly two small rectangular features with central pits may be buildings – the date and function of these is unknown. To the west of the oval enclosure other ditches are also of a size compatible with a defensive function. At least two phases are present. The relationship between these ditches, the round barrow cemetery and the oval enclosure is unclear.

Following the successful survey of spring 2009 described above, additional survey was carried out in the spring of 2010. This survey included a known round barrow and added to our knowledge of the sites discovered in 2009.

Following geophysical surveys in 2009 and 2010 four trenches were excavated across ditches of two large enclosures during 2012. The ditches were found to be substantial features, up to 4.5m wide and 2.7m deep, indicating a probable defensive function. As the ditch fills comprised clean, soft layers of re-deposited sands and gravels with very little charcoal or other occupation material it is likely that these ditches were not long-lived features in the landscape. Evidence for banks alongside the ditches was present in just one trench. 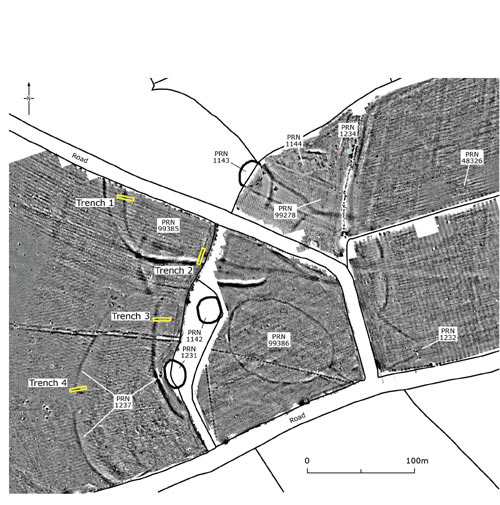 Plan showing the location of the 2012 excavation trenches 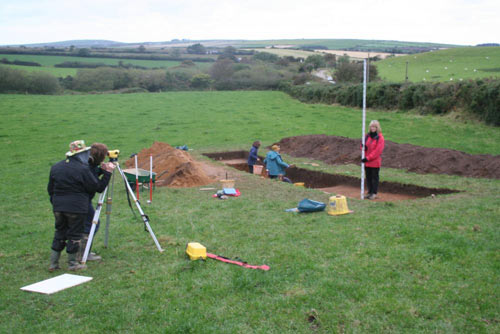 Volunteers excavating and recording one of the trenches 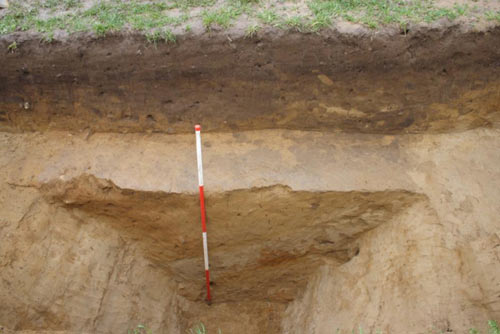 A second season of excavation in 2013 examined the oval enclosure to the east of Crugiau Cemmaes round barrows. The entrance of the enclosure was defined by substantial defensive ditches, and was associated with artefacts, including spindle whorls, of probable Iron Age date. These and other remains indicate that the enclosure is an Iron Age defended settlement. A second trench investigated a small rectangular enclosure within the oval enclosure detected on the geophysical survey. The rectangular enclosure surrounded an east-west aligned grave, and other similar graves lay nearby. No bone survived. Similar sites in Wales are of early medieval date. 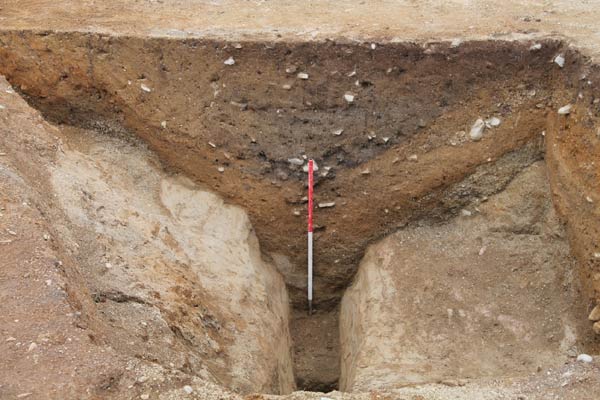 A section through the defensive ditch of the oval enclosure 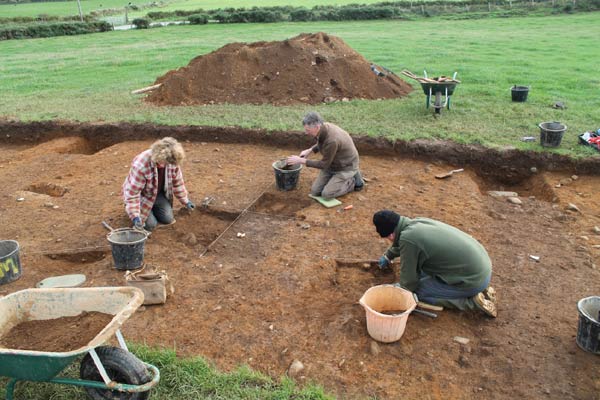 Excavation of the small rectangular enclosure with central grave