Flint scatters of broadly Mesolithic attribution are well known along the southern coastline of the St Davids peninsula. A prolific lithic scatter (centred on SM 7870 2506 – Fig. 1) was identified in ploughed fields at Penpant in the 1980s and subsequent analysis of over 20,000 items show these to include early and later Mesolithic as well as Neolithic and Bronze Age material.

The fieldwork described here was aimed at evaluating the subsurface potential of this scatter. It took place in a small triangular field, which has not been ploughed for over 30 years, adjacent to the scatter. Following geophysical survey, 39 test pits were excavated as a community archaeology project. These showed that the scatter extended throughout the field, and confirmed Mesolithic and later prehistoric activity there. However, no preserved stratigraphy or features were found, and the potential for discriminating and dating the sequence of this activity was shown to be poor. 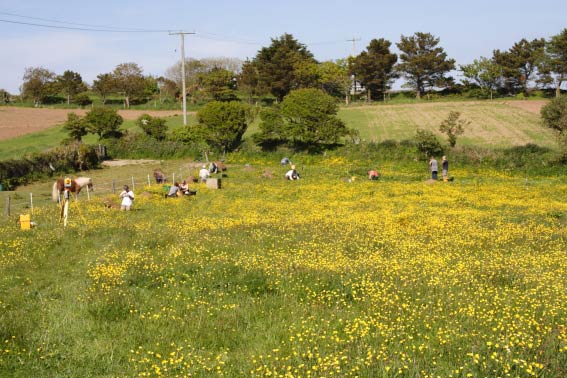 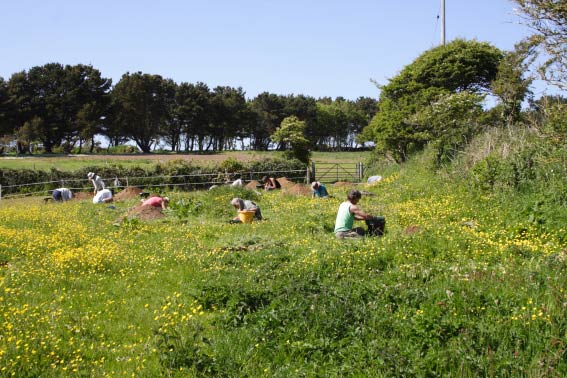 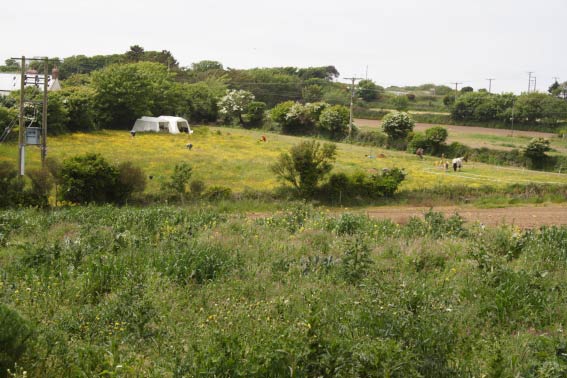 Photographs showing the location of the excavation 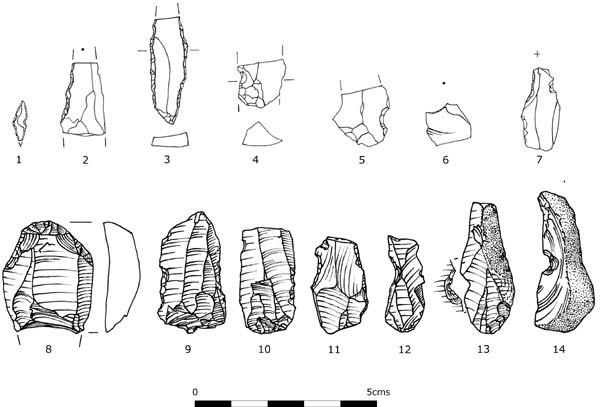 A selection of Mesolithic implements from Penpant