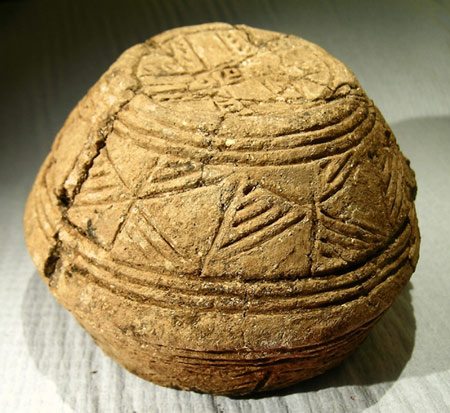 This round barrow was flattened in the 1990s. A geophysical survey in 2009 demonstrated, however, that substantial below-ground remains are likely to survive. A pigmy cup and a bronze spearhead were found in the barrow in the 19th century.

Trial excavation in October 2010 revealed that nothing of the round barrow mound survived. However, two small, very shallow graves were discovered. One of these was stone-lined and contained cremated bone and a Pygmy Cup. Globules of bronze mixed in with the bone indicate a spearhead or a sword had been placed on the funerary pyre with the body. A large urn containing cremated bone had been placed in the second grave alongside a Pygmy Cup. The urn was removed intact so that its content can be carefully excavated in the laboratory at Cardiff University. Initial results indicate that there is yet another Pygmy Cup in the large urn with the cremated bone. Because of the importance of the site and the surprisingly well-preserved artefacts it is hoped that more excavation can by carried out during 2011.

In 2011, a three week excavation was undertaken to further investigate the remains of the barrow, specifically to characterise the features indicated on the geophysical survey and to recover any further artefacts contained within suspected additional cremation burial graves. A better understanding of the character of the barrow was obtained, and sufficient was excavated to justify enable the former monument to be de-scheduled. Along with a range of cut features, several whole pots were recovered from three graves. The vessels were lifted whole for laboratory-based excavation and conservation. Analysis of all the recovered material will be carried out in 2012.

We would like to thank Mr and Mrs Wright for allowing the excavation on their land. Cadw grant-aided this excavation.

Post excavation analysis in 2012-13 showed that the cremation burials, and a pit containing two short ‘planks’ of charred wood all dated to between 2050-1740 BC. Another pit dated to 3600-3525 BC contained a struck fragment of quartz crystal, burnt quartz and several fragments of pottery that may date from the early Neolithic.

The excavated features, the geophysics and the cremated bone assemblage all suggest a small kin group cemetery enclosed within a turf ring cairn of Neolithic or Bronze Age date, over which a round barrow was constructed. Small charcoal filled pits dated to1415-1270 BC and 1050-895 BC, suggest later Bronze Age use of the site 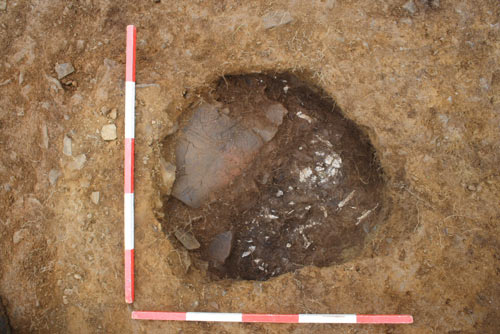 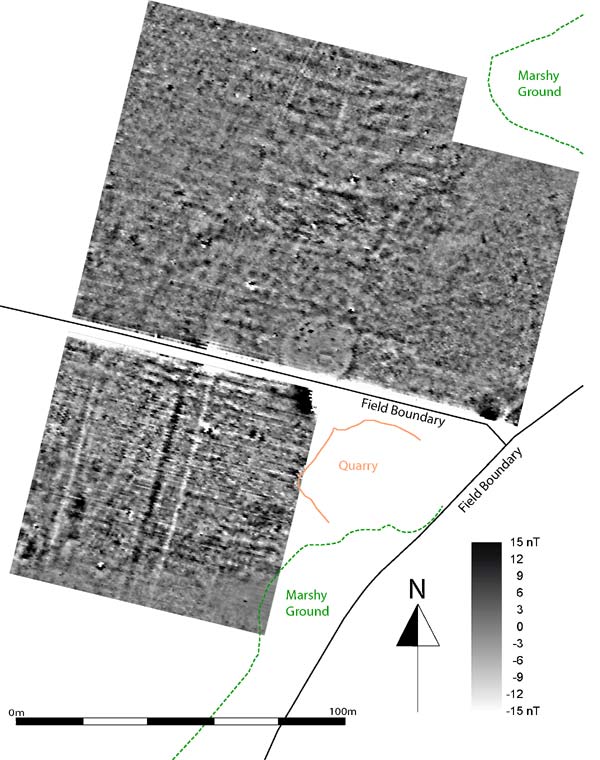 Geophysical survey of Fan round barrow 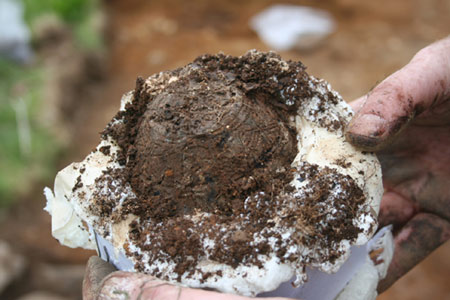 One of the Bronze Age Pygmy Cups from the excavation

Fan Round Barrow Report (in PDF format, opens in a new window)