Rhys ap Gruffudd founded Llanllyr Cistercian nunnery in about 1180. Following its dissolution in 1535 some of its buildings were probably converted into a mansion. This mansion was probably demolished when the current house was built in the late 18th – early 19th century.

The excavations revealed extensive cobbled surfaces and foundations which correspond with buildings and formal gardens shown on a 1768 estate map, which may be the mansion before it was demolished. However, it was not possible during in the time available to obtain dating evidence for the revealed archaeological remains.

In 2015, excavations explored the stratified deposits associated with the cobbled surface revealed in 2014. Structural evidence for buildings was investigated. These buildings had been systematically dismantled, and evidence for artefacts associated with them indicates that they dated to the 16 th century or later. An earthwork survey in woodland close the cobbled surface recorded the remains of water management features, possibly fishponds. What seem to be the remains of a timber sluice associated with these remains have been dendrochronologically dated to the 13th century by Trinity St Davids University. 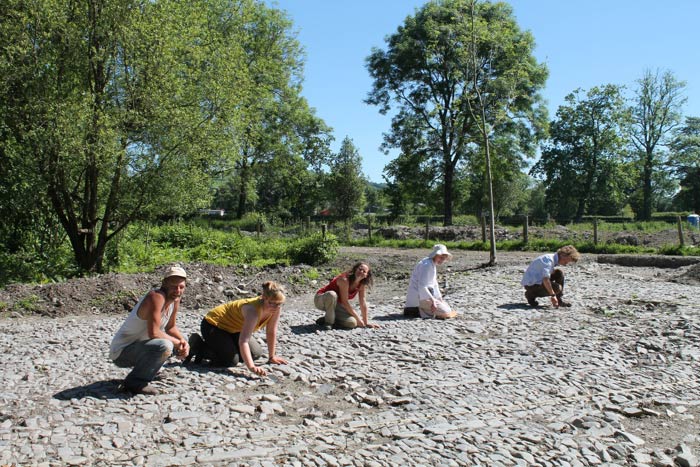 Aerial photograph of the cobbled surface and 2015 excavation 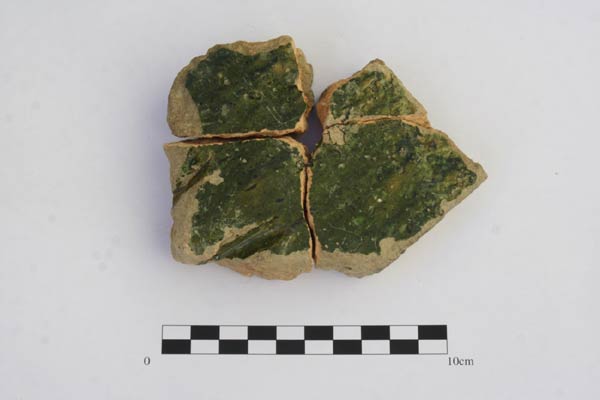