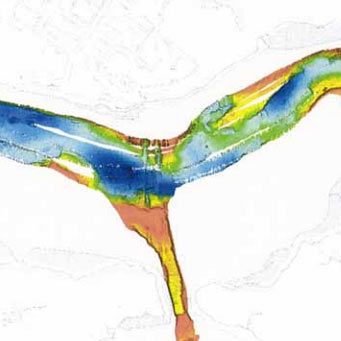 The significance of Milford Haven Waterway’s maritime heritage is recognised in its registration as a landscape of outstanding historic importance in Wales. The deep and sheltered waters of drowned valley extend 30 km inland. This superb deep water sheltered anchorage has long been recognised and was used as a muster point for the Anglo-Norman invasion of Ireland, as an invasion landing place by Owain Glydwr and Henry Tudor, and as sheltered anchorage for the British Fleet in the 18th century.

Although two of the major Welsh towns/ports of the medieval and later periods, Haverfordwest and Pembroke, are located on the upper reaches of the waterway, the full potential of the waterway was not realised owing to its isolated location and its lack of a large population base until the industrialisation of the late 17th century and 18th century. Fishing, coastal trading and small-scale boat-building would have been undertaken from the numerous small creeks; but amongst the villages it is probably only Dale and Angle, both to the far west, that had a strong maritime economy. By 1700, coal from pits at Landshipping, Cresswell, Hook and Llangwn was the major export from the Milford Haven waterway. Many small quays developed to serve this industry. Numerous limekilns along the shore are evidence of the increasing importance of coastal trade. Indeed, it is a rare creek that does not have a limekiln. By the late 18th century the need for a town close to deep-water anchorages to service large ships and provide a port for Irish packets led to the foundation of Milford Haven. A few years later naval dockyards and the town of Pembroke Dock were established. The coming of the railways in the mid 19th century diminished coastal trade, but small ships continued to call at Haverfordwest, Pembroke and other quays into the 20th century, and both Milford Haven and Neyland became important fishing ports.

There is currently only a limited understanding of the full potential of the area’s maritime historic environment. Previous work undertaken includes the Cadw-funded Coastal Survey and the PCNPA supported ‘Milford Haven Historic Audit’, produced in a series of reports from 1999-2003. This principally identified archaeological sites from historic map sources (1st and 2nd edition OS mapping) with a rapid walk over survey. However, it did not address the full extent of the major ports and quays, or map the extent of identified sites and features or assess the extent of any associated archaeological potential.

No assessment has been undertaken of the archaeological potential of the waterway itself. Information from the National Monuments Record identifies numerous vessels having been lost within the Haven but the presence or absence of wreckage in the area has not been ascertained. Further information is known to be present on admiralty charts and is available from various recreational divers and diving groups who dive in the area.

This project is intended to develop the understanding of the waterway’s maritime archaeology and the associated archaeological potential of its ports and harbours. This will be achieved through the desktop assessment of available historic map and chart sources and the creation of GIS mapping integrated with the regional Historic Environment Record.

A report on the project supported by GIS tables and other data has been produced.