People have used the moorland known as Mynydd y Betws for several thousand years. The most obvious evidence for use is the recently constructed windfarm: evidence for older use is more difficult to detect.

Coalminers from at least the nineteenth century dug shafts and adits to exploit the shallow coal seams on the moorland. Lines of hollows mark the areas of these old coal workings. Some of the miners would have lived in the now abandoned cottages and small-holdings found across the moorland.

In the much more distant past, from about 3000BC to 1500BC, a time archaeologists call the Bronze Age, people used the moorland to bury their dead and to perform ceremonies. Scattered across the moorland are numerous low, circular mounds, known as round barrows. Bronze Age people would have dug a grave, placed the cremated remains of the body of an important member of their community or a family member in it and then covered it with a mound of stones or earth. It is these mounds that can be seen on the moorland. During construction of the windfarm a line of small stones running for several hundred metres across the moorland was discovered. Stone rows or alignments are enigmatic, but elsewhere in Britain they are usually found in association with other Bronze Age monuments such as round barrows.

During windfarm construction archaeologists excavated at the locations of wind turbines and along the course of new trackways, but as the windfarm was designed to avoid known archaeological sites very little was found.

In 2017 what were assumed to be two Bronze Age round barrows or cairns and part of a stone row were excavated, funded by Carmarthenshire County Council as part of Mynydd y Betws Windfarm Section 106 Agreement.

One of the cairns had the appearance of a Bronze Age funerary monument (Mound 871). No evidence for a burial was present, although the centre of the cairn had been disturbed in recent times. No artefacts to date the cairn were found and there was no carbonised material suitable for radiocarbon dating. The second cairn (Mound 110471) was a simple, small mound of stones. Six flint artefacts and three sherds of Roman glass were found in association with it, and charcoal in the buried soil returned a radiocarbon date with a range from the early 5th century AD to the mid-6th century AD. Four small trenches were excavated across the 717m long stone alignment. The small stones of the alignment were found to have been placed directly on the ground or more probably inserted into a small cut in the contemporary turf and topsoil. Although no dating evidence was found, a prehistoric date for the alignment is favoured. 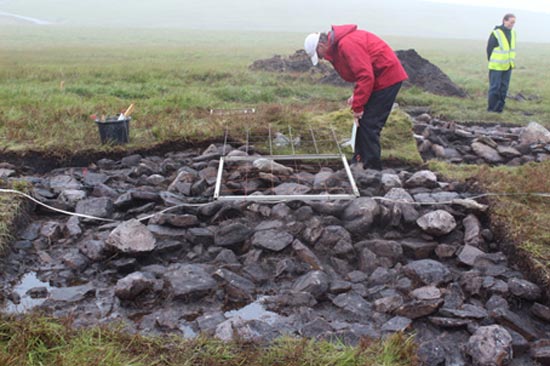 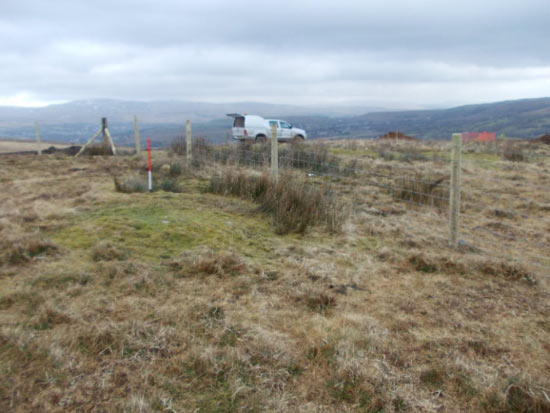 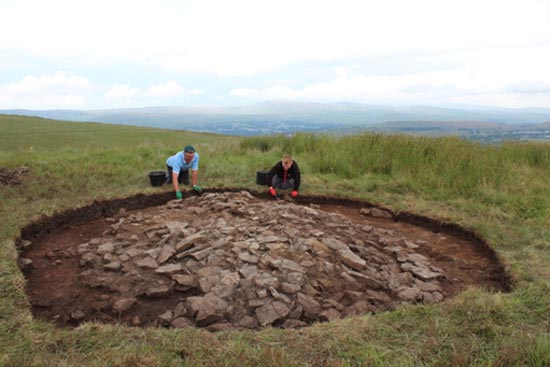 A guide to the archaeology of Betws Mountain