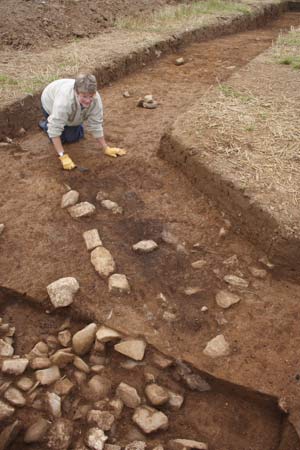 Two round barrows at Pant y Butler near Cardigan were surveyed in 2008. The barrows are under an intensive arable regime and survive only to a maximum of 0.5m. The geophysical survey showed that substantial below ground remains are likely to survive, and that in addition to the two barrows three other possible barrows were detected. 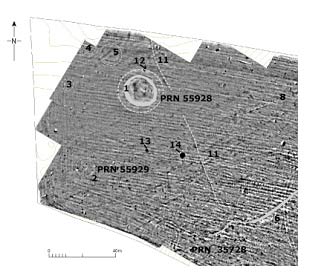 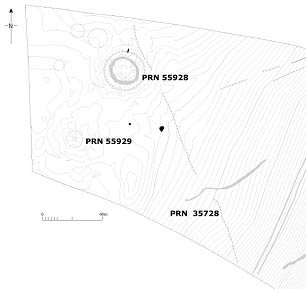 Extracts from the Pant y Butler geophysical and topographic surveys

In September 2009, trial excavations took place on the two upstanding round barrows. Very little survived of the smaller of the two barrows, although a central grave was located and excavated. This contained a cremation burial with no grave goods. It is likely that this grave had disturbed an earlier burial as burnt bone, charcoal and sherds of a presumed Bronze Age urn were scattered in and over it. What little survived of this barrow suggests that it was a cairn rather than an earthen mound. The central grave of the larger barrow was not located. This barrow survived up to 0.5m high and 15-18m diameter and was built of earth, mainly turf, but with a little stone. A feature on the top of the surviving mound seemed to be burnt plank in a stone setting. A stone-filled pit close by is likely to be modern, and possibly represents an antiquarian excavation conducted when the barrow stood to a far greater height. Other possible round barrows located during the geophysical survey proved to be geological in origin. It is hoped to complete the excavation of the larger barrow in 2010.

Excavating the grave of the smaller barrow

The burnt plank on the top of the larger barrow

During September 2010, the larger round barrow was completely excavated. A stone-filled pit that in 2009 had been thought to be an antiquary’s excavation was found to be a large Bronze Age grave dug through the barrow and contained a cremation burial and a jet bead necklace. This large grave seems to have deliberately destroyed the primary grave of the barrow. A full report on the excavations will be prepared in 2010. 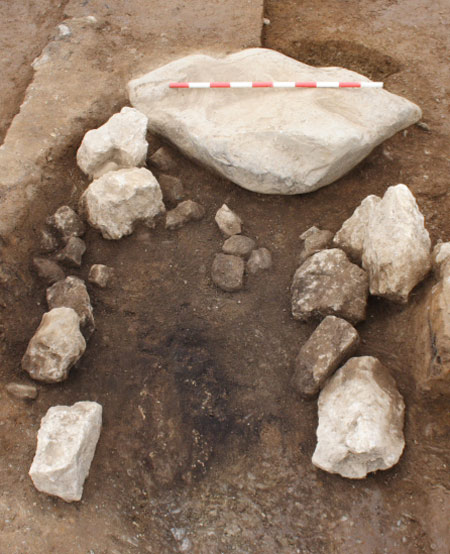 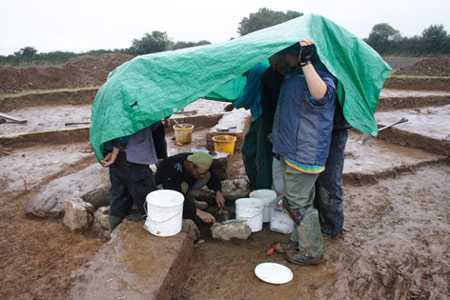 Weather conditions were not always ideal. Excavating the central grave 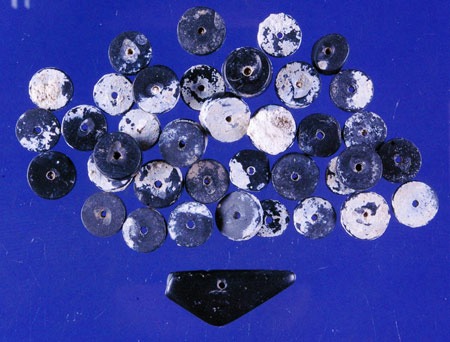 Topographical and Geophysical Survey of Pantybutler, Llangoedmor, Ceredigion (in PDF format, opens in a new window)