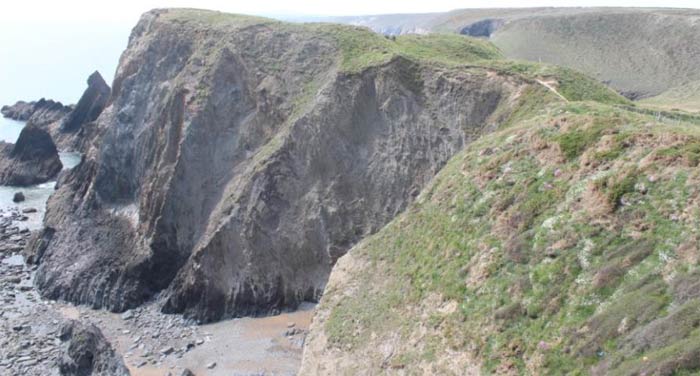 Previous excavations were undertaken between 1997 and 1998 . Part of the interior and a small section of the inner bank were excavated, together with two trial trenches in the outer defences. The interior of the fort showed dense occupation with elements of at least eight roundhouses visible within the excavation area.

Artifactual dating evidence for the earlier phase of the fort’s occupation was not recovered. However, radiocarbon dates suggested that the construction of the defences began in the early to mid-Iron Age. Pottery from later interior phase of occupation included Black Burnished ware, Samian and a mortaria sherd. This material suggested that the site was in use from the first to the fourth century. The remains of a small furnace or oven, fragments of a crucible and a considerable amount of iron slag all suggested both iron and bronze working was undertaken on the site.

The promontory fort is being actively eroded and in 2019 the aim of the excavation is to recover as much information as possible from the entrance to the fort before it is lost to the sea, or before excavation becomes too dangerous. This project is being funded by Cadw and is being undertaken in partnership with The National Trust who owns the site.