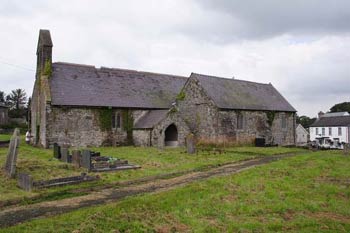 Archaeological and architectural detail not previous noted was recorded during restoration to St Sadwrn’s Church, Llansadwrn. Removal of internal plaster and re-pointing of the exterior revealed the church’s complex building history. Five buildings phases exist; all of them apart from the last are medieval, with the earliest dating to perhaps the 13th century. Little medieval architectural detail survives, but the opportunity was taken during the restoration works to record two late medieval windows and other detailing. Medieval floor tiles, found in 19th century floor deposits during excavation in the south chapel, indicate that the church once had a high quality floor. Excavations for service trenches outside the church revealed little of interest apart from a pit full of human bone. The work was undertaken on behalf of Llansadwrn PCC. 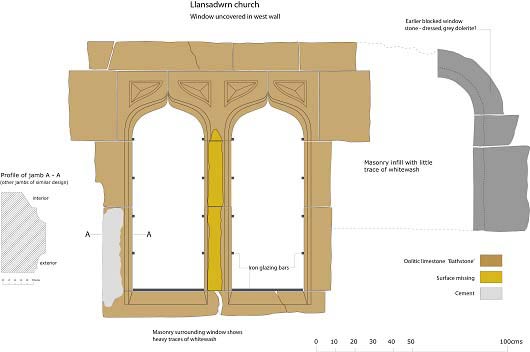