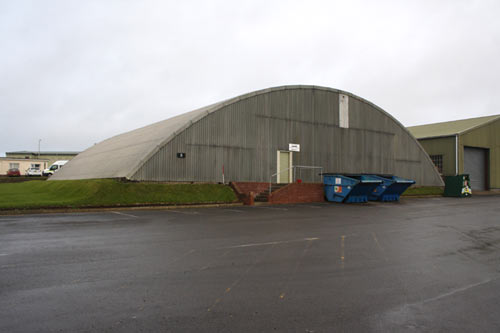 Military sites are testimony to the United Kingdom’s turbulent twentieth-century history. Wales possesses numerous military remains from twentieth-century international conflicts: WW1, WW2 and the Cold War. Unlike elsewhere in Europe these sites were untouched by the ravages of invasion and war, but many were demolished through clearance schemes and more have disappeared as a result of development and agricultural improvement. As twentieth-century military sites pass from the realm of memory to that of archaeology and history it is vital that they are recorded and the best examples protected and preserved in the same manner that we treat Iron Age hill-forts and medieval castles. The survey will assess what survives and will make recommendations for statutory protection of key surviving structures.

During 2011-12, airfields, the largest and most sophisticated military sites to be established, were investigated in southwest Wales as part of a pan-Wales project undertaken by the four Welsh Archaeological Trusts. Early aerodromes, part of the Royal Navy Air Service (RNAS), for airships and float-planes were constructed in 1914-18 during WW1. There was a programme of airfield expansion under the RAF in the 1920s and 30s, but it was during WWII (1939-45) that saw a large increase in the number and complexity of airfields, with about 34 built in Wales, of which about 18 were in southwest Wales. The number of airfields contracted dramatically after WW2, with the survivors specialising in training or, like Brawdy near St Davids, equipped to accommodate V-Bombers during the Cold War (1946-89).

Following on from investigating airfields, attention turned during 2012-13 and 2013-14 to airfield dispersed sites. These include the supporting sites such as accommodation blocks, sick quarters, communal areas and other services which were located away from the main technical areas and flying fields in order to reduce damage in the event of an attack.  Navigational beacons, wireless transmission sites and bombing decoys were all located away from the main complexes themselves and many sites demonstrate the rapid and changing technological advances which took place during the war.  In addition defences were also considered –  some airfields retain a ring of defences built to provide a means to defend  in the event of invasion of the airfield itself. Some technically interesting sites survive, including sunken pillboxes (Pickett Hamilton forts) with hydraulic lifts to raise them up in times of need.

This Blister Hangar at Brawdy Airfield was also a gunnery trainer, with instruments and rigs inside to simulate conditions for combat. 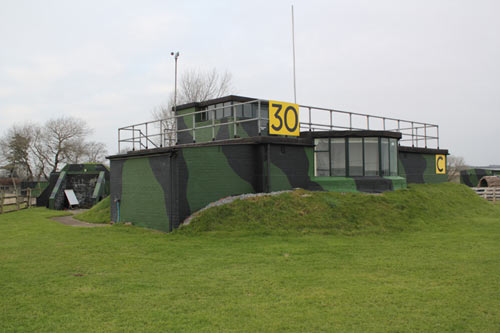 Control tower or watch office at Carew Cheriton Airfield. This unusual design has been restored by an enthusiastic local group and is now open to the public. 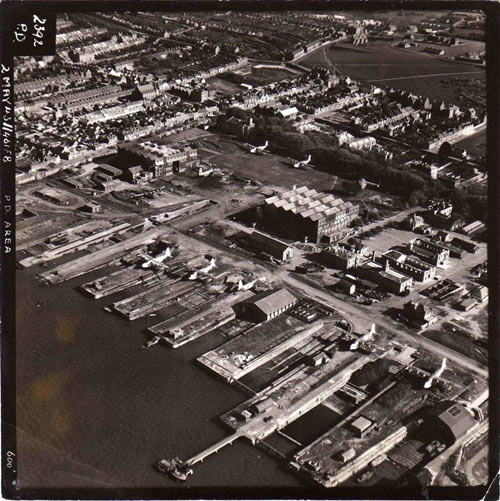 Pembroke Dock was the largest flying boat base in the world. Sunderland flying boats operating from here flew anti-submarine reconnaissance patrols and rescued crews from torpedoed ships during the battle of the Atlantic. This 1943 aerial photograph shows the two unique flying boat hangars camouflaged to resemble terrace housing and a number of Sunderlands in the dockyard. Photograph courtesy of John Evans. 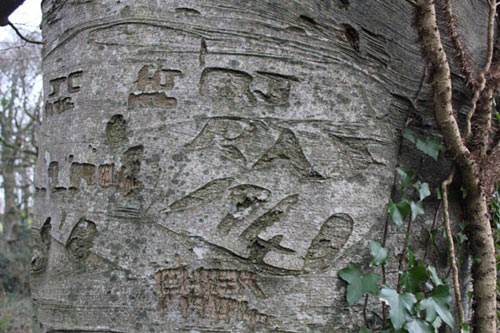 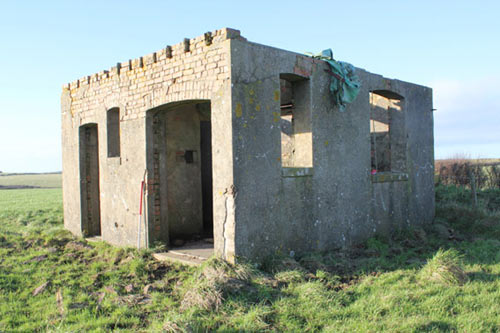 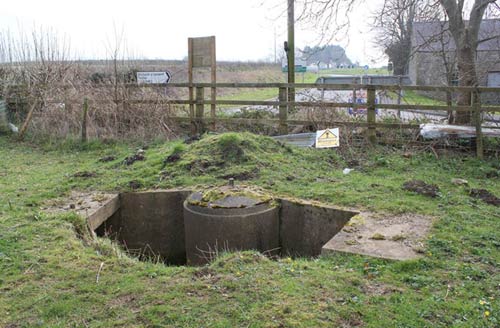 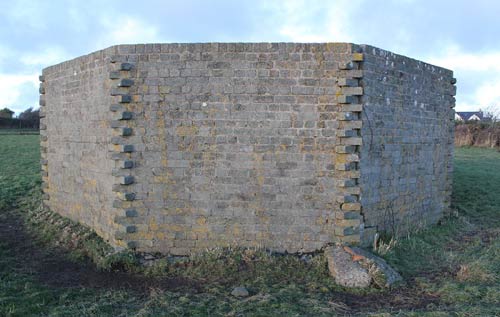 The four Welsh Archaeological Trusts in partnership with the Royal Commission on the Ancient and Historical Monuments of Wales have been investigating military crash sites, concentrating on those sites that are likely to have surviving remains. In Dyfed, approximately 80 sites were initially identified, but further research narrowed this list down to just half-a-dozen sites. These sites were visited to assess what remains on the ground.

Crash site of a Second World War Fairey Battle on the Preseli Mountains. Fortunately the crew were unscathed.

The study of camps and ranges concentrates on sites that formed part of the massive military expansion that took place immediately prior to and during the Second World War. Many of these sites were temporary and rapidly constructed. Large houses were requisitioned to serve as headquarters with soldiers billeted in the house or grounds. Often there is a complicated history attached to sites as their function and use changed as the war progressed. Camps and ranges have been studied on a county by county basis, starting with Carmarthenshire, then Ceredigion and ending with Pembrokeshire. 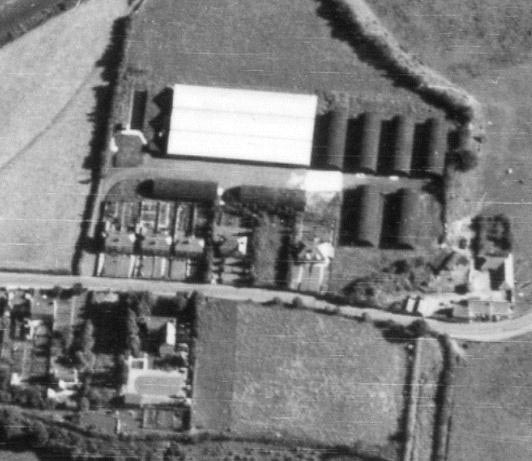