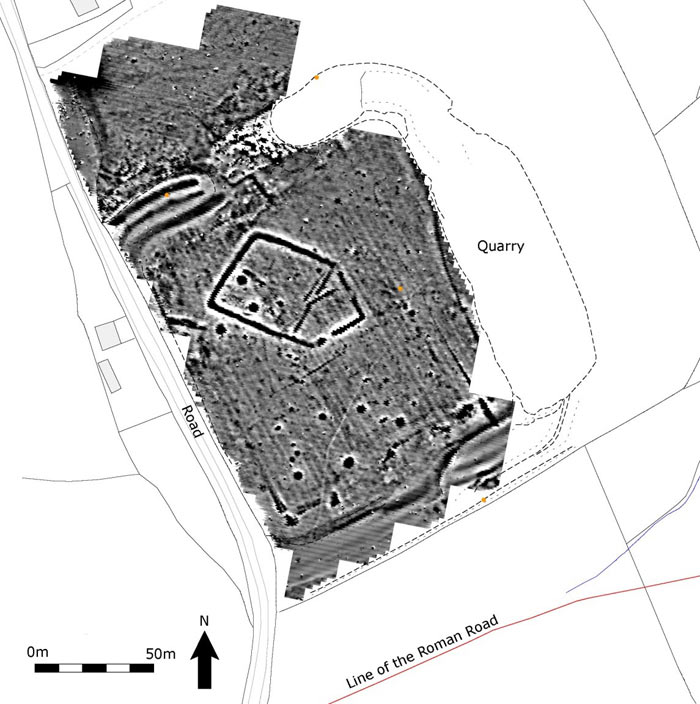 A Roman fort at Wiston in Pembrokeshire has been previously suggested, but it was not until analysis of Lidar data that firm evidence was obtained. This was followed up in 2012 by a geophysical survey which further strengthened the case for a fort at Wiston. Geophysical evidence was not conclusive, but it seemed to show classic ‘playing card’ triple-ditched fort.

Trial excavation in 2013 demonstrated that the site is a Roman fort. Four trenches were excavated to examine the defences of the fort and part of its internal layout. For a site that has experienced regular ploughing, preservation of the archaeology was surprisingly good – the base of the clay defensive banks survived, the remains of an inter-vallum road lay just below the ground surface, and several substantial postholes indicated the former location of substantial timber buildings. Examination of the pottery suggests that the fort was occupied in the late first century/early second century AD and that it was reused in the mid-second to the mid-third century AD, perhaps as a civil site.

This is the first Roman fort discovered in Pembrokeshire. The hunt is on for more. 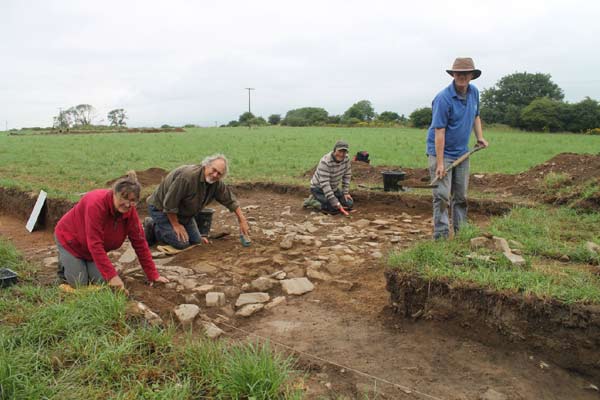 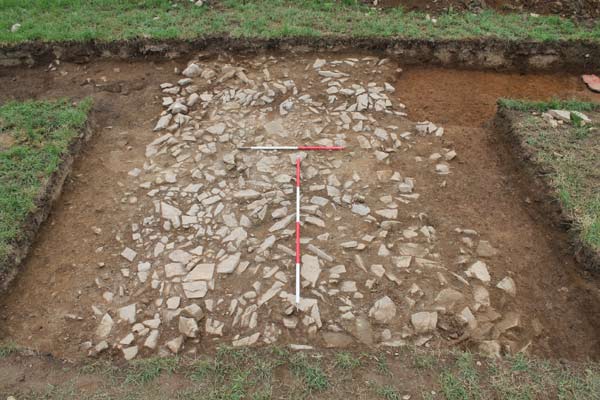 A length of the inter-vallum road. Note the good preservation

In 2014, further geophysical survey demonstrated the presence of extensive archaeological deposits to the south of the fort. Excavation showed these to be the remains of a Roman period civilian settlement post-dating the military use of the fort. Further excavation also took place inside the fort. 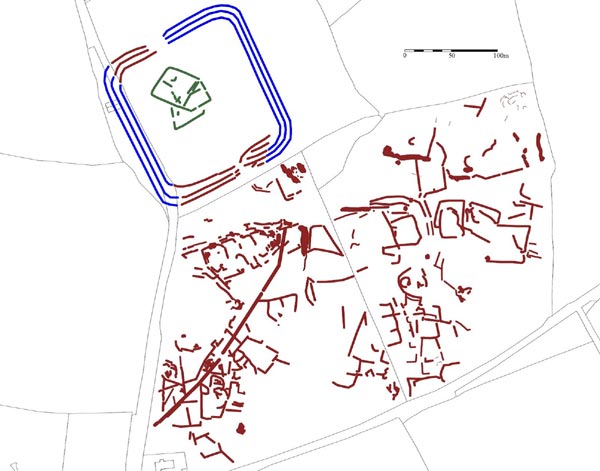 Summary interpretation plot of geophysical surveys within fields to the south of the fort and the main features of the fort. 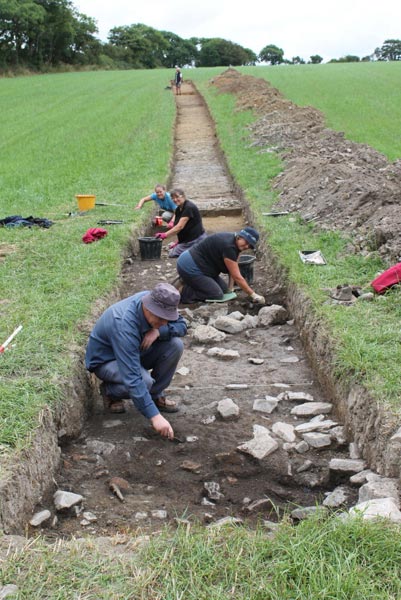 Excavating one of the trenches in the civil settlement