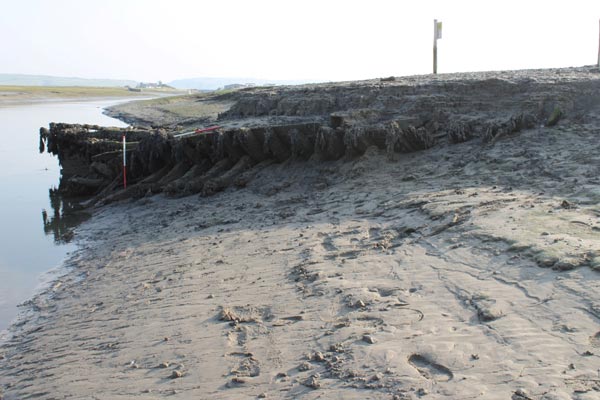 Three hulks, all designated Scheduled Ancient Monuments, lie close to the canalised, tidal channel of the Afon Leri at Ynyslas, Ceredigion. One of the hulks, Wreck 3 the main subject of the archaeological investigation, protrudes into the channel and is actively eroding. The hulks were probably locally-built slate-carrying vessels. By the early 1860s the construction of a railway to the west of Machynlleth effectively killed off the shipping trade and shipbuilding on the Leri, and in 1868 the three hulks were placed on the west bank of the Leri to mark channel.

The archaeological work has confirmed that the three wrecks are of different sizes. Excavation of Wreck 3 indicates that the original deck has eroded away, but that the base of the hold still survives. Objects have survived within the hold, including fragments of worked slate the remains of a bucket, a length of rope and small wooden box. 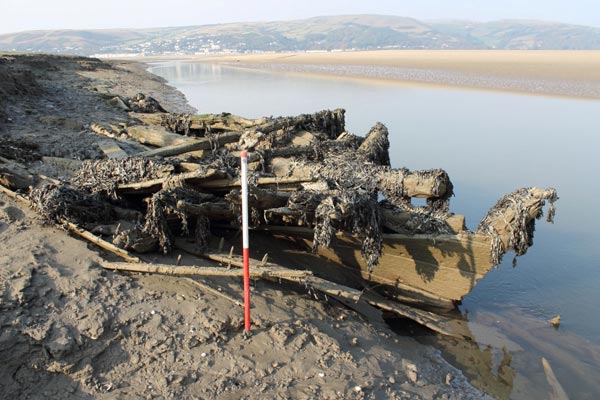