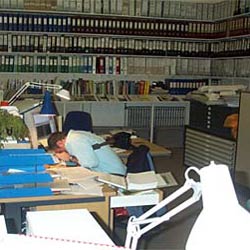 Astrid E Caseldine BSc PGCE
Astrid was the Cadw Environmental Archaeologist for Wales as well as a lecturer in environmental archaeology at the University of Wales Trinity St David. Since retiring she has been an Honorary Research Fellow at UWTSD.

Nigel Clubb MA MCIfA FSA
Nigel was Director of the National Monuments Record of English Heritage for 16 years and is a former Chair of the Corpus of Romanesque Sculpture in Britain and Ireland. He is currently a Member of the National Lottery Heritage Fund Committee for Wales and a Trustee of the Brecknock Society and Museum Friends, and of the Glamorgan/Gwent Archaeological Trust. He is also a member of the Institute of Welsh Affairs, and is a Registered Professional Archivist.

Jeffrey L Davies BA PhD
Jeffrey was Reader in Archaeology in the Department of History & Welsh History, Aberystwyth University, and specialist in the archaeology of the Roman Empire with special reference to the Army and Romano-British rural settlement in Wales.

Chris Delaney BSc FMA
Chris Delaney is the Grants and Development Officer for the Federation of Museums and Galleries in Wales, a post he has held for over a year. He is also a Welsh-based consultant with over 40 years’ experience working in the museum, gallery and heritage sector in Wales. His experience has been gained in a local authority museum and gallery context and also as a museum and heritage consultant since 2008.

Heather James BA FSA
Heather read history at Birmingham University and worked in various ‘rescue’ archaeology projects, before joining the newly formed Dyfed Archaeological Trust in 1974, as Assistant Director, carrying out excavations and then latterly managing the ‘curatorial’ side of the Trust before retiring at 55 in 2000. Since then, she has maintained a keen interest in the history and archaeology in, and published on, Roman and Early Medieval west Wales. She has also travelled widely and participated in archaeological projects abroad. She is secretary of The Cambrian Archaeological Association, editor of The Carmarthenshire Antiquary and a member of several other local and national societies. She was made a Fellow of the Society of Antiquaries in 1993.

Hywel R R John MA FCA
Hywel is a chartered accountant with significant executive and board experience in the energy sector.  He was appointed Treasurer to the National Museum of Wales in 2019 and combines other professional advisory roles with volunteering opportunities.  A second-language Welsh speaker, he has family roots in Swansea and lives in Pembrokeshire.

Emma Plunkett Dillon BA PhD FSA
Emma recently retired from the position of Assistant Director of the National Trust in Wales. Responsibilities included leading a team conservation specialists, covering the natural and historic environment, as well as implementing policy and strategy. She previously worked as the senior archaeologist in the National Trust.

Judith Wainwright MA MSc FIC FRSA
Judith combines a long-standing interest in Archaeology and Heritage Management with a commercial career in management and professional services.  She is a management consultant, now retired, with 40 years’ experience of organisational development and change.

Nic Wheeler OBE BA DipTD MRTPI(Ret’d)
Nic is a historical geographer and was formerly Chief Executive Officer with the Pembrokeshire Coast National Park Authority, for 36 years. During this time he also served as an advisor to the WLGA and to three Welsh Government Panels. He was Lead Officer for the Association of National Park Authorities in England Wales and Scotland towards the end of his career.  He was awarded the OBE in the 2011 New Year’s Honours for Services to the Environment.