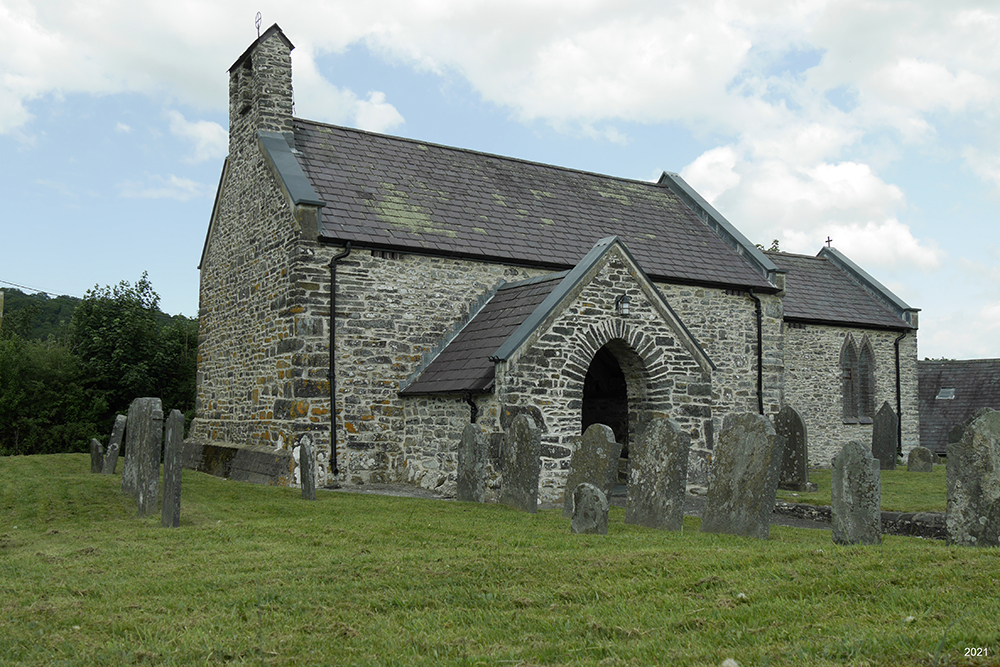 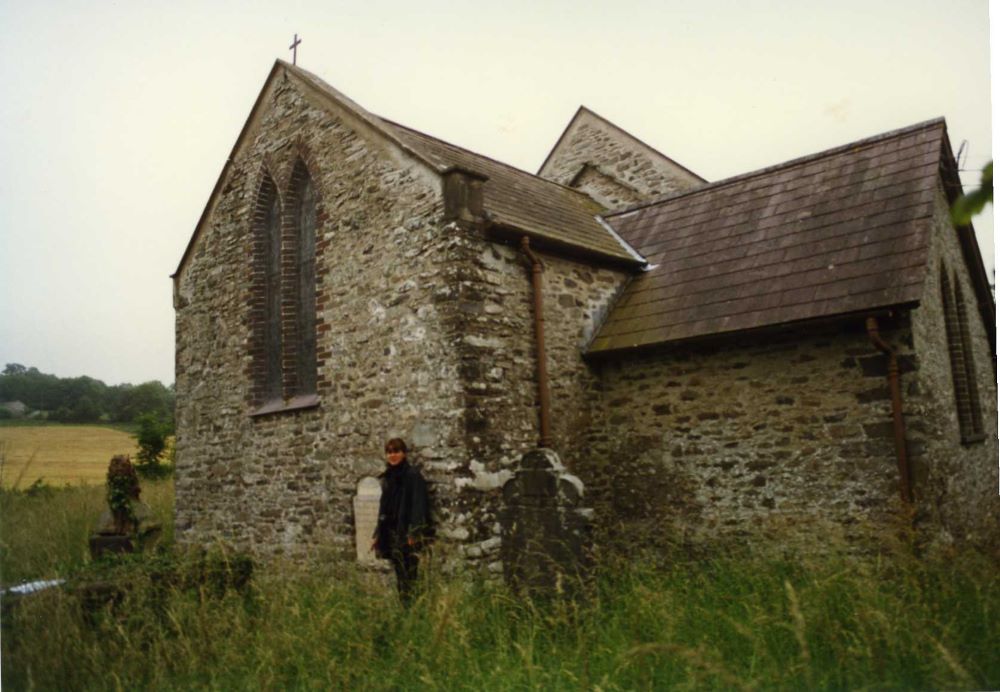 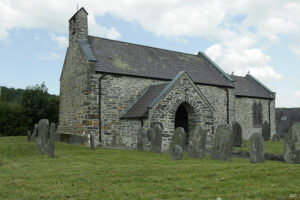 Reasons for Listing: Listed as a small parish church of medieval fabric with later detailing and retaining a rare example of Arts and Crafts decorative scheme inside.

The present church consists of a 2-bayed chancel, a 2-bayed nave, a south porch and a single-bayed vestry north of the chancel west bay. Construction is in limestone rubble throughout. The external pointing is from 1908 and is poor in areas; there has been some later repointing. The interior is plastered. Roofs are slated gables throughout; all may posses early timbers.

The east window is a double lancet in blue engineering brick from 1908, and there is a similar window in the chancel south wall. Opposite the latter is the vestry door, similarly from 1908. The chancel arch may be medieval, or at least pre-19th century; it is plain and 2-centred. The creasing for an earlier chancel roof-line survives on the exterior. The roof may comprise pre-19th century trusses; it is concealed behind a matchboard ceiling from 1908. The floor is quarry-tiled, from 1908.

The nave is lit by 2 windows in the north wall like those in the chancel but single light; the western of the two is inserted into an area of blocking representing the former north door. At the far west end of this wall is an internal recess – a possible further blocked doorway? to rood loft?; a square area of ?19th century brickwork blocking above may represent a former window. A stepped structure against this wall appears to represent two chest tombs. There is a window in the south wall like those in the north wall and a blocked ?medieval slit light. The plain south door is probably medieval and there is a large medieval stoup internally. There is a blocked medieval west door with a low head. The plain double bellcote has a flat top and unequal square openings, all medieval? The nave roof is similar to that in the chancel. The passages are tiled, pre-1908?, with woodblock flooring which is not suspended, from 1908.

The south porch has stone benching and a plain, 2-centred arch. The oak roof has collar-rafter trusses of early 17th century date with notching for wagon-roof panelling. The floor is of slate slabs laid directly on the substrate, from the late 20th century.

The lean-to vestry is from 1908 and is entered through a door in its west wall;  a window like those in the chancel lies in the north wall. The roof is softwood and the floor is woodblock, all from 1908.

The church stands upon a slight mound, a bronze age round barrow?. There is an external concrete plinth all round the church, beneath which may run a drain. Footings are extensively exposed, particularly in the north and west walls. There is no evidence for changes in floor level. The flooring is not suspended and there may be no underfloor void. There is no evidence for any below-ground crypt/vault. An external memorial is built against the north wall, and some further memorials lie significantly close to the walls.

The chancel and nave are medieval, but cannot be closely dated; they may be 13th  – 14th century and the south porch was probably added during the early 17th century, contemporary with its roof timbers Cadw, 1996, 1). The vestry is from 1908.

An account by Meyrick in 1810 mentions the ‘ancient’ porch, within which there were apparently ‘two sacristories (sic) to hold holy water’ (Crossley and Ridgeway, 1946, 49), presumably meaning stoups; they have now gone. Also gone is the rood-loft ‘formerly present, the door leading to which’ still remained in 1810 (ibid.). Lewis’ description of 1833 is similar (Lewis, 1833).

The church was again restored in 1908 (NLW, SD/F/107) to the designs of the architect Herbert L. North of Llanfairfechan, Bangor; the restoration was low-medium impact and in the ‘Arts & Crafts’ tradition. The church was refloored (except the nave passages?) and refenestrated but the southern doorways were retained; the nave and chancel roof timbers may also have been retained and concealed beneath matchboard ceilings. The vestry openings are in the same style as the openings in the rest of the church and it is unlikely that it was added in the 1930s as suggested by Clive-Powell (Clive-Powell, 1992, 1).

The altar table is 20th century and has a limestone top. The oak reader’s desks are also 20th century. The softwood chancel screen dates from the 1908 restoration, as do the plain softwood pews.

The limestone font bowl is square with vertical roll-mouldings, probably early 13th century, on a rebuilt stem and base. Until the restoration of 1908, the bowl had been built into the nave south wall serving as a dustbin (Evans, 1915, 25).

(Documentary sources for the medieval church have the separate PRN 5120)

All Saints, Cellan, was a parish church during the medieval period (Rees, 1932), of the medieval Deanery of Sub-Aeron. It was in the patronage of the Bishop of St Davids.

The patronage was unchanged in 1833 when the living, a discharged rectory of the Archdeaconry of Cardigan, was rated in the king’s books at £5 7s 6d and endowed with £200 royal bounty (Lewis, 1833).

In 1998 All Saints, Cellan, was a parish church. The living was a rectory held with Llanddewi Brefi, Llanbadarn Odwyn, Llanfair Clydogau and Llangybi (Benefice no. 820) in the Archdeaconry of Cardigan, Rural Deanery of Lampeter and Ultra-Aeron (St Davids, 1997-8).

There is a tradition that the church was originally dedicated to St Callwen (Various, 1994, 387).