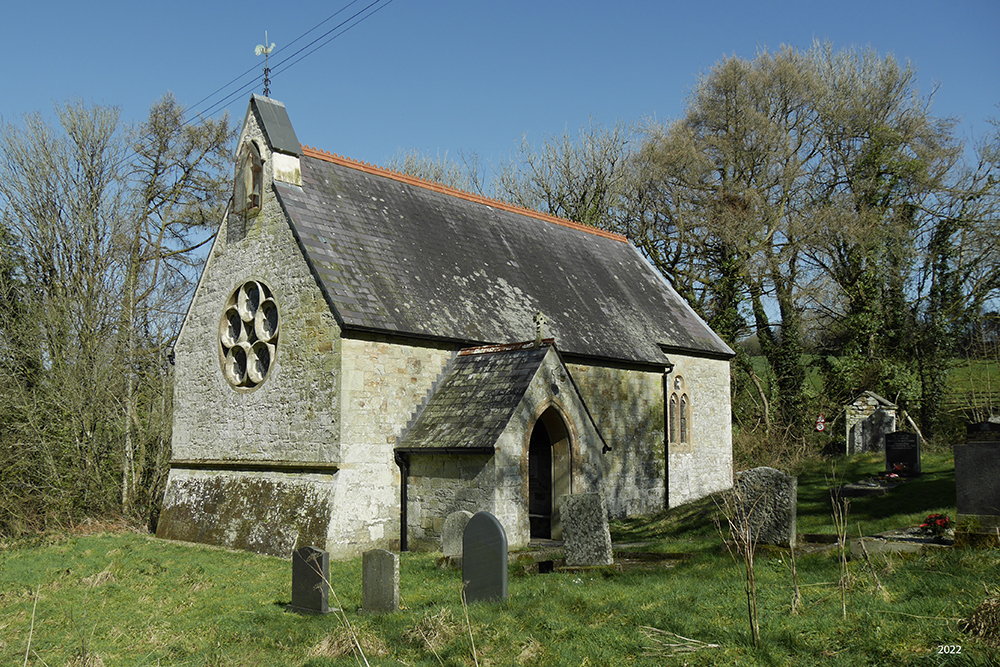 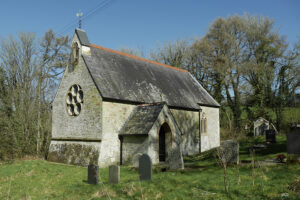 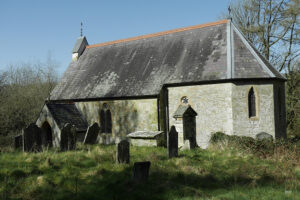 Reasons for Listing: An excellent example of simple and economical High Victorian church design, in the manner of William Butterfield.

Now under the management of Friends for Friendless Churches.

A 3-cell church, small. Consists of chancel, 2 bays; nave, 2 bays; south porch; vestry (north), 1 bay; all new built in 1863-5. Construction is in limestone rubble throughout. Neo-gothic. All internal walls are rendered/plastered. Slate gable roofs. All openings are from 1863-5; however, a medieval door surround has been reused, but not in situ (and not open). Western bellcote, 1863-5.

St Dogmael, Meline, is a 3-celled church, of small size. It was entirely (re)built in 1863-5 to the designs of the architect R. J. Withers (Cadw, 1997, 16) on the site of the demolished medieval church, yet retaining no earlier fabric apart from a reused medieval door surround.

The present church consists of a polygonal, apsidal 2-bayed chancel, a 2-bayed nave, a south porch and a lean-to vestry north of the nave.

Construction is in roughly coursed, squared limestone rubble throughout. The external pointing is of 1863-5. All internal walls are rendered/plastered. All dressings are in oolite. The openings are neo-gothic and the windows generally plain, but there is a fine rose window in the west wall. The west wall carries a low, gabled bellcote, with a single opening into the roof space. The floor level is raised 0.5m from the general level of the yard. The roofs are slated gables; the vestry has a slate lean-to roof through which emerges a plain chimney from a fireplace within. All the detail is, like the rest of the fabric, of 1863-5. There is a shallow drain around the east end of the church. A wide, earth-cut cutting runs along the southern wall and may be primary, for the medieval church.

The only structural evidence for the medieval church is a fine door surround, reused and resited (but not open) in the 1863-5 north wall; it features a simple drip-mould on stops with human head mouldings which, though crude, are probably 14th-15th century. However, the font was retained from the earlier church and has an octagonal font and stem ‘of pre-Reformation date’ (RCAHM, 1925). At the rebuilding, a well-carved pew-back bearing a Latin inscription and the date 1626 was removed to a nearby mansion (ibid.).

The pre-1863 church is shown in the same location on the tithe map (NLW, Meline, 1837), and appears to depict a single-cell structure without division into chancel and nave. No description is known, but the vestry book sheds some light on 18th-earlier 19th century expenditure upon the fabric. In 1777 the not inconsiderable sum of £5 4s 11d was spent on repairs (Lewis, 1972, 100) while in 1810 it was resolved that a new oak door be placed ‘in the front of the church’ (west door?) and that a sash window be sited to light the pulpit, the latter costing £6 10s 0d (ibid.). In 1817 it was resolved to reroof the church for £27 (ibid.), a sum which may indicate an entirely new roof including timbers.

Now under the management of Friends for Friendless Churches.

Meline was a medieval parish church of the Deanery of Cemais (Rees, 1932). During the 14th century the benefice was in the gift of the Welsh community, according to Rees, 1932, but by 1577 was, as a rectory, appendent to the Barony of Cemais, the lord of Cemais and the free tenants of the parish who had the right of alternate presentation to the living (Green, 1912, 299), a patronage which continued into the 20th century (Lewis, 1972, 100). 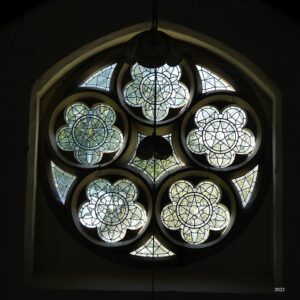