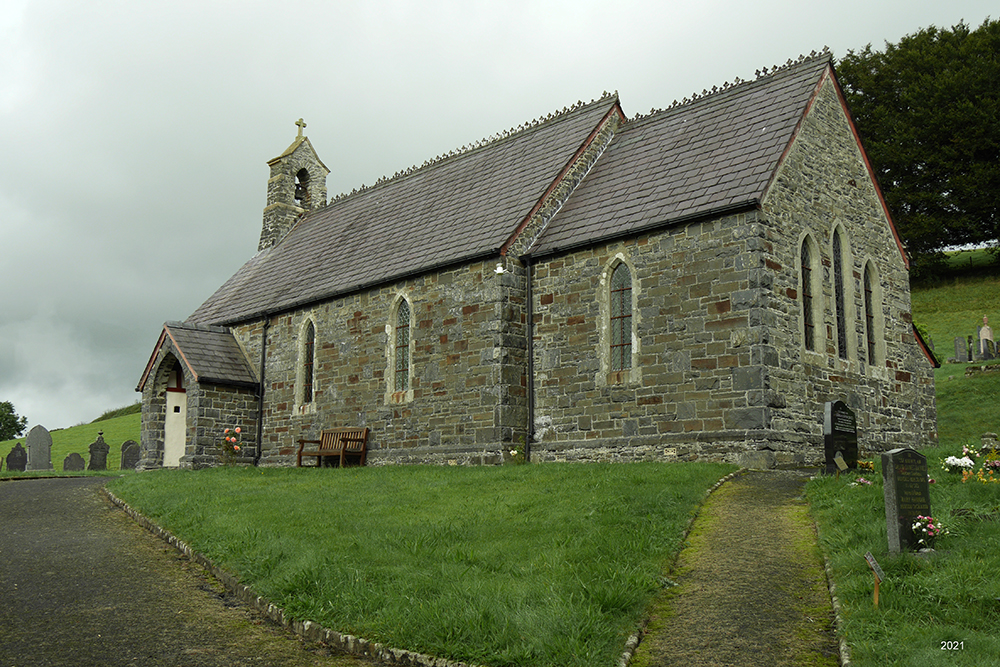 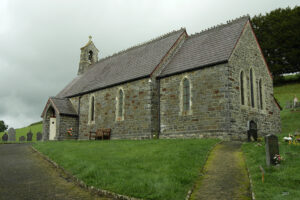 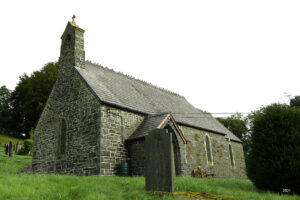 St Gartheli, Gartheli, is a 2-celled church, of small size. It was entirely (re)built in 1873-5 (NLW, SD/F/172) in the same location, and on the foundations as its predecessor (PRN 12410) but nothing was retained from the earlier fabric.

The present church consists of a single-bayed chancel, a 3-bayed nave, a south porch and a single-bayed vestry north of the chancel; there is also a breezeblock store west of the vestry; construction is otherwise in local mudstone rubble. A pronounced offset runs all around the exterior. All dressings are in grey oolite and from 1873-5; the openings are neo-gothic, the lights all being simple lancets, normally single but with a triple-lancet east window. There is a gabled single bellcote at the west end. The roofs are slated gables; the vestry and store have slated lean-to roofs. The floors are suspended except in the porch and store.

The present church occupies the same location as a building ‘lately rebuilt’ in 1808 (Evans, 1917, 299); however, it is not known whether this church in turn occupied the same location as its predecessor, which, by the end of the 18th century, was so ruinous that marriage services were conducted in the churchyard (ibid.). A plan and elevation drawings of the c.1808 church accompany the Faculty application for its demolition and rebuilding in 1873 (NLW, SD/F/172). It was a small, single cell, with just two square lights, both in the south wall; there was a west door and single western bellcote. It was demolished in 1873-5, when the present church was built re-using some of the earlier masonry (ibid.); the store which was added in the later 20th century.

There is a deep, wide external cutting along the north wall – primary?. The floors are suspended over heating ducts. No external memorials lie significantly close to the church.

St Gartheli, Gartheli, was not a parish church during the medieval period but a chapelry of Llanddewi Brefi parish (Rees, 1932), of the medieval Deanery of Sub-Aeron. Gartheli was an episcopal grange of St Davids.

Still a chapelry in 1833, the living was a perpetual curacy in the patronage of the Perpetual Curate of Llanddewi Brefi (Lewis, 1833), endowed with £1000 royal bounty; the earliest burial is from 1874.

In 1998 St Gartheli, Gartheli, was a parish church. The living was a vicarage, held with Llangeitho, Blaenpennal and Betws Leucu (Benefice no. 697) in the Archdeaconry of Cardigan, Rural Deanery of Lampeter and Ultra-Aeron (St Davids, 1997-8).

The ‘St Gartheli’ dedication is probably spurious, having been derived from the place-name rather than vice-versa.