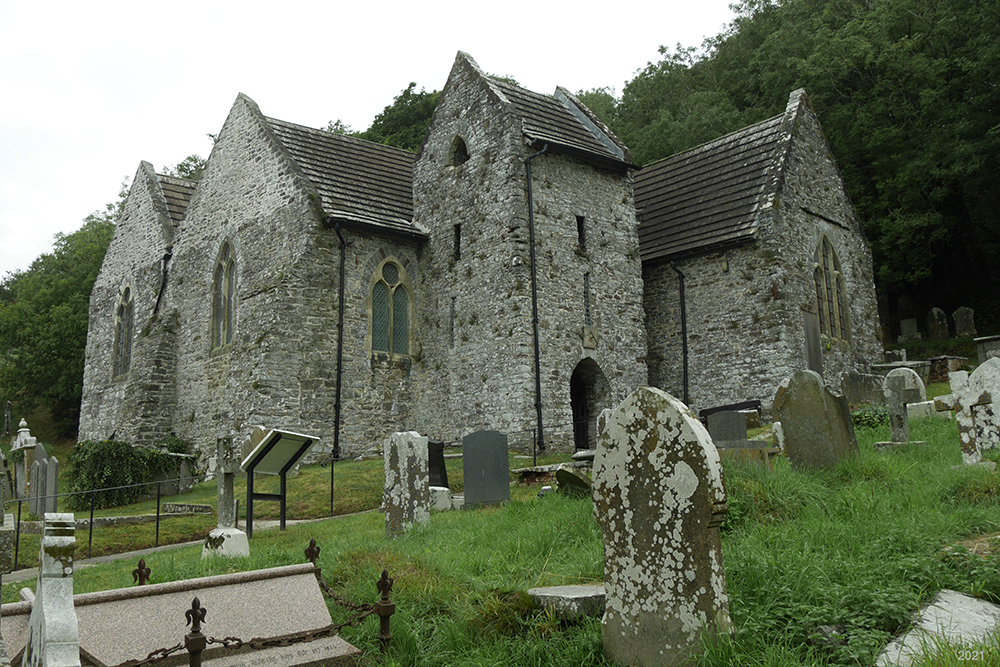 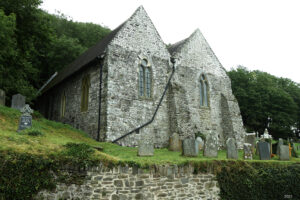 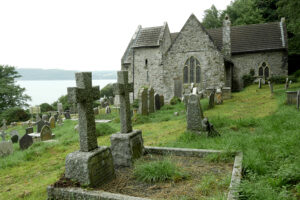 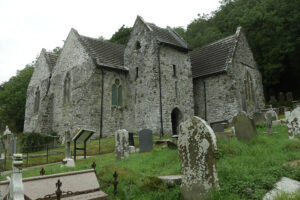 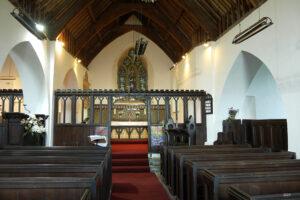 Reason for Listing: Listed for its architectural interest as a medieval church well restored in the C19, with good interior detail.

The present church consists of a 2-bayed chancel, a 3-bayed nave now without any structural division from the chancel, a 2-bayed north chapel, a 3-bayed north aisle now without any structural division from the chapel, a single-bayed south transept and skew passage, and a 2-storey, saddleback tower incorporating a south porch. Construction is in limestone rubble throughout; dressings are mainly yellow oolite and from 1859-60. Pointing is from 1860;  the interior is plastered except in the tower. Roofs are slated gables throughout.

The 3-light chancel east window exhibits plate tracery and is from 1859-60; a similar, 2-light window lies in the south wall. Only the west bay is open to the north chapel, through a 2-centred arch of later 15th century date. There is internal benching, in oolite, in the east bay, from 1859-60 but possibly copying an earlier feature (RCAHM, 1917, 244). The chancel is now open to the nave, without a chancel arch, but there is the suggestion of a respond for a former arch on the north wall. The roof is continuous with that over the nave, comprising ?oak collar rafter trusses with arch-braces, from 1859-60. The tiled floors are also from 1859-60.

The nave communicates with the north aisle through a 3-bayed arcade of arches like that between the chancel and north aisle, but probably from earlier in the 15th century (see below). A more irregular, and earlier, arch leads into the south transept. The south door was rebuilt in 1859-60, but there is an external stoup with a circular, medieval bowl. There is a window in both the south wall and west wall of the west bay, like that in the chancel south wall; there is a plain, raking buttress at each end of the west wall, also from 1859-60, the southern of which lies against an area of walling that may have been entirely rebuilt at this time. The passages are quarry-tiled, with suspended board floors, all from 1859-60.

There are 3 windows in the north aisle north wall, and one in the west wall, all like that in the chancel south wall and from 1859-60. Opposite the nave south door is a blocked doorway, with a segmental arch of medieval date. Floored as the nave, 1859-60.

The south transept exhibits an external basal offset; a vertical joint in the west wall suggests that the wall was built in two phases (see below); the northern half may have been the east wall of a former, larger south porch and exhibits an external recess, medieval? former south porch window embrasure?. The transept is lit by a window in the south wall like the chancel east window and similarly from 1859-60; there is a medieval fillet above. The transept communicates with the chancel via a plain, vaulted skew passage, with a square-headed opening at either end. A fireplace occupies a shallow, square buttress in the east wall, and has a square, shouldered stack, all from 1859-60. The softwood roof is without trusses and all rafters are scissors-braced, from 1859-60. The boarded floor is suspended. The transept is now used as a vestry.

The south tower is from the 16th century, comprises a belfry stage over a porch and is not typical of the region (but cf. Pendine, Carms.). There is no spiral stair, external batter or string-course but the exterior has a slight batter. The 16th century south door has a plain 2-centred head. The ground floor is lit by a deep slit light in the 3 external walls, and has a segmental barrel-vault with 2 square bellports, also 16th century. The floor is quarry-tiled directly on the substrate, 1859-60. The belfry stage is gabled (‘saddlebacked’), apparently original. There is a crude, rectangular opening in each of the 4 walls, from the 16th century, and a triangular opening high in the west gable, from 1859-60.

The eastern half of the church lies within a very deep, wide, earth-cut cutting; primary, deepened in 1859 exposing footings of north wall. The nave, north aisle and south transept floors were raised (in 1859?) over surviving medieval deposits. There is an underfloor void. There are marked burials, and burial vaults?, beneath the north chapel. External memorials lie significantly close to the south and west walls.

The chancel and nave may be 13th century but lack detail. The south transept, with the skew passage, is probably late 14th – earlier 15th century, and appears to have been built against a pre-existing south porch. The north aisle is from the earlier 15th century, and the north chapel is from the later 15th century. The south tower is rather crude and may belong to the later 16th century, adapted from an earlier, and larger south porch?; it is unusual in the region, the closest parallel being the roughly contemporary saddlebck tower at Pendine, Carms. (which, however, is not vaulted), although the towers at eg. Castlemartin and Ludchurch, both S. Pembs., were formerly saddlebacked.

Prior to the restoration of 1859-60 there had apparently been a rood screen (material?); there is now no evidence for such a feature (Crossley and Ridgway, 1947, 229).

The church was restored to the designs of the architect R. Kyrke Penson in 1859-60 (Carms. R. O., CPR/41/4/1; Yates, 1974, 74). The restoration was medium-high impact. The church was reroofed, refenestrated and reseated, while the south door was rebuilt. New floors were also introduced, and the raising of the nave, north aisle and south transept floors probably belongs to this restoration.

An 18th century sundial is fixed to the south wall of the south tower. The tiled reredos is probably from the 1859-60 restoration, as are the free-standing, softwood stalls, the openwork chancel and north chapel screens, the panelled vestry screen to the south transept, the softwood pews and the pulpit.

The oolite font has a square, scalloped bowl, with a circular stem and a square base, from the later 19th century; the original font was similar and from the 12th century (RCAHM, 1917, 244).

St Ishmael, St Ishmaels, was a parish church during the medieval period (Rees, 1932), of the medieval Deanery of Kidwelly. It is first mentioned in 1115 when it was granted to Sherborne Abbey in Dorset (Stephens, 1939, 66) of which the Benedictine Priory of St Mary at Kidwelly was a cell; the grant was confirmed in 1303 although it appears that in 1141 the church had been granted to Gloucester Cathedral (ibid.).. The advowson was granted to the Bishop of St Davids by John of Gaunt in 1368 (ibid.).

At the dissolution, the advowson appears to have fallen to the crown; the vicarage was in the tenure of Oliver Godfrey in 1609 (ibid.) but in 1833 the living was a discharged vicarage in the patronage of the king, rated in the king’s books at £7 (Lewis, 1833).

In 1998 St Ishmael, St Ishmaels, was a parish church. The living was a vicarage, held with Llansaint and Ferryside (Benefice no. 223) in the Archdeaconry of Carmarthen, Rural Deanery of Cydweli (St Davids, 1997-8). 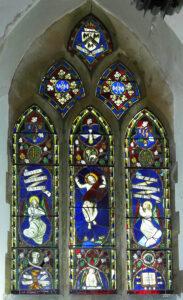 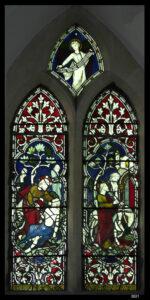 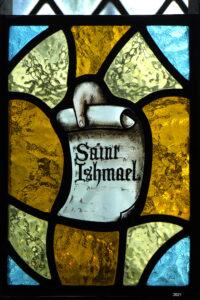