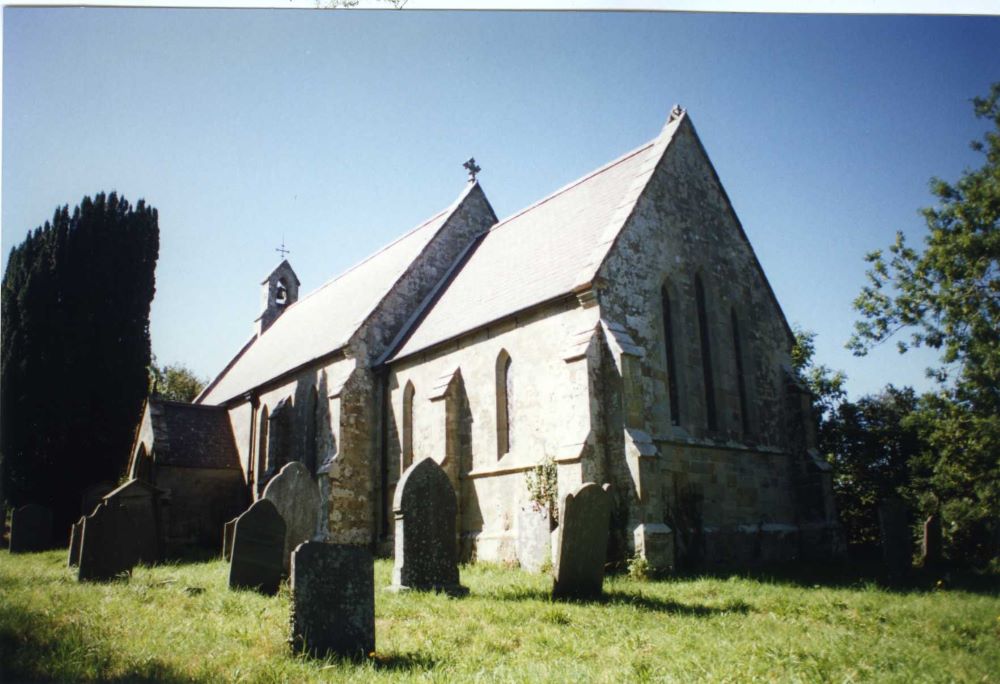 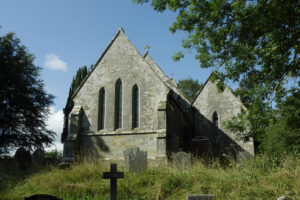 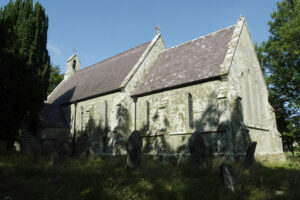 Reasons for Listing: Listed as one of the first Gothic churches in Wales, constructed to a high standard of correctness and form inline with the ideals of the ecclesiological movement and surviving with a largely intact interior and without later alterations. It is also significant for its connections to John Jones and is the only building designed exclusively by him.

St Michael, Tremain, is a 3-celled church, of small size. It was partly rebuilt in 1810, and entirely (re)built in the mid-late 19th century on the same site, and in the same location as its predecessor, but nothing was retained from the earlier fabric.

The present church consists of a 2-bayed chancel, a 4-bayed nave, a south porch, and a 2-bayed vestry north of the nave east bays. Construction is in squared ?Pwntan sandstone. All dressings are in limestone and from the mid-late 19th century; the windows are plain, simple single lancets. The exterior is buttressed throughout. There is a simple, shouldered gabled single bellcote at the west end. The vestry chimney rises through a clasping buttress at the north-west corner, and has a fine, octagonal neo-Decorated ashlar stack with a small spire. The roofs are slated gables. The floors are suspended except in the porch.

This church was itself demolished to make way for the present building in the mid-late 19th century. There appear to have been no further major alterations.

The font has a square, scalloped bowl, a cylindrical stem and a square base, all 12th century.

The scarp of a massive external platform lies to the east of the church, representing a former churchyard boundary but possibly enhanced by demolition debris from the earlier church which forms a discrete, slight platform beneath the nave. There is no external drain, but very shallow cuttings run along the north and south walls of the church. There may be no underfloor void. A few external memorials lie significantly close to all walls.

St Michael, Tremain, was not a parish church during the medieval period (Rees, 1932), but a chapelry of Aberporth parish, in the medieval Deanery of Sub-Aeron, which was a possession of the Premonstratensians of Talley Abbey.

Tremain had become a parish by 1833 when the living was a perpetual curacy endowed with £1200 royal bounty and £200 parliamentary grant, in the patronage of Philip John Miles, Esq. (Lewis, 1833).

In 1998 St Michael, Tremain, was a parish church. The living was a vicarage, held with Aberporth, Blaenporth and Betws Ifan (Benefice no. 833) in the Archdeaconry of Cardigan, Rural Deanery of Cemais and Sub-Aeron (St Davids, 1997-8).