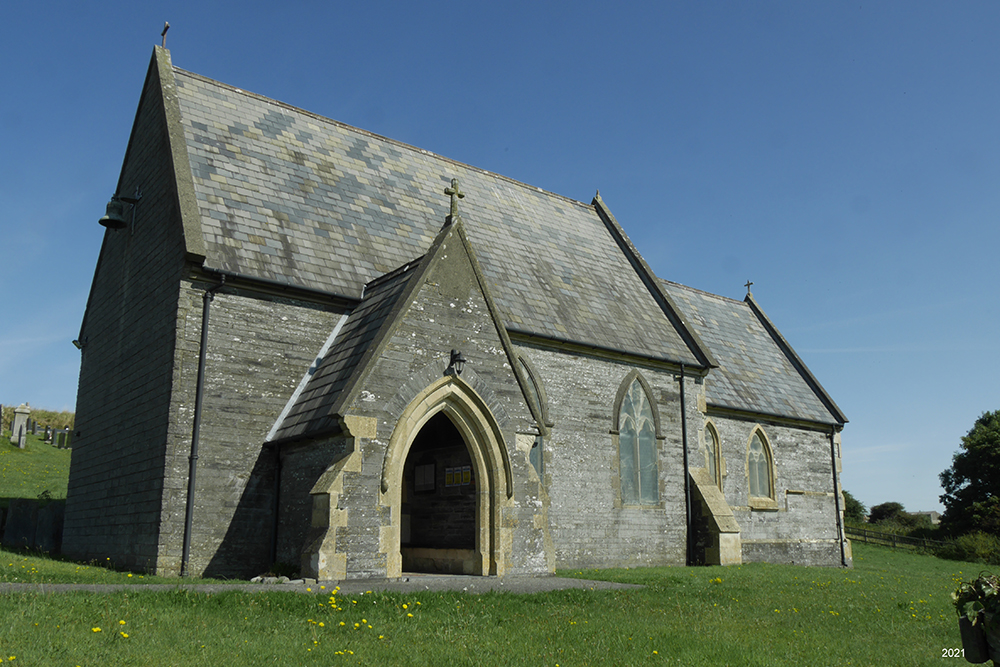 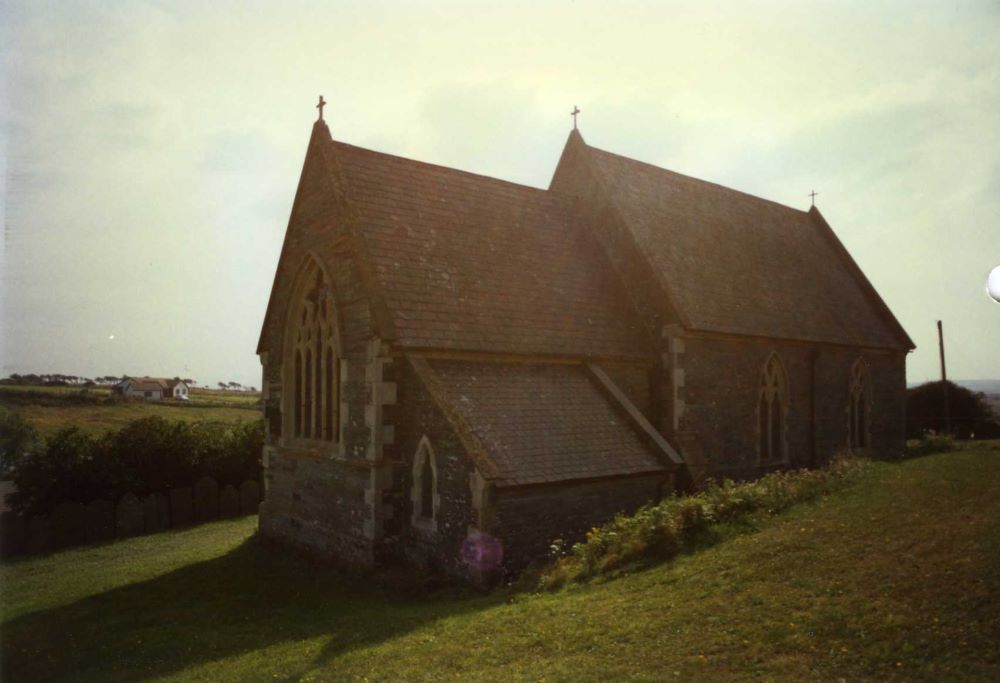 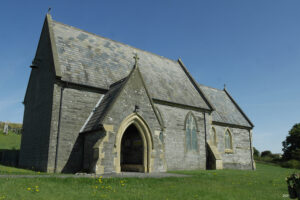 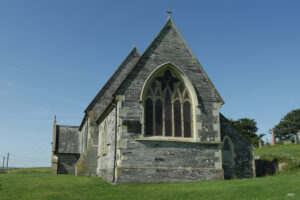 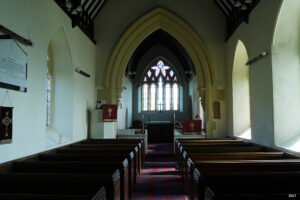 September 2021: According to “Church Heritage Cymru” this church is not a listed building. Also, it does not appear in “British Listed Buildings”.

St Pedrog, Y Ferwig, is a 3-celled church, of small size. It was largely rebuilt in the later 19th century retaining only a west tower from the earlier fabric; this was itself demolished in 1968 (Bartosch, 1991, 1).

The present church consists of a 2-bayed chancel, a 2-bayed nave, a south porch and a single-bayed vestry north of the chancel east bay. Construction is in slate rubble, plastered within. All dressings are in yellow oolite and from the later 19th century; the openings are neo-gothic comprising cusped 2- (or more) light windows with curvilinear tracery. The blind west wall was rebuilt in concrete blockwork 1968-70 and has a simple bracket bell-hanging. The roofs are slated gables; the vestry has a slated lean-to roof. The floors may be suspended except in the chancel and porch.

The earlier church was described as a ‘small, ancient edifice’ in 1833 (Lewis, 1833). It comprised a nave and chancel, a porch (north or south?) and a west tower which was demolished as recently as 1968 (Bartosch, 1991, 1) leaving no physical evidence for its presence. Both the chancel arch and the arch from the nave into the tower were pointed, the chancel arch being ‘large’. Over the porch was the date-stone from 1627; this may have been the date of the porch itself, or may mark a restoration of the church. Minor repairs were undertaken in 1929 (NLW, SD/F/668).

There is a deep, wide external cutting along the north wall, primary?, deepened in the later 19th century when the upcast was thrown to the north to form an earthwork ‘bank’. A west tower was formerly present but lacks physical evidence. There is no external drain. The floors may be suspended.

September 2021: According to “Church Heritage Cymru” this church is not a listed building. Also, it does not appear in “British Listed Buildings”.

St Pedrog, Y Ferwig, was a parish church during the medieval period (Rees, 1932), of the medieval Deanery of Sub-Aeron. It was a possession of Cardigan Priory.

At the dissolution, the advowson fell to the crown with whom it remained in 1833 when, as a discharged vicarage, the living was rated in the king’s books at £10 13s 4d and endowed with £200 royal bounty (Lewis, 1833).

In 1998 St Pedrog, Y Ferwig, was a parish church. The living was a vicarage, held with Cardigan and Mwnt (Benefice no. 510) in the Archdeaconry of Cardigan, Rural Deanery of Cemais and Sub-Aeron (St Davids, 1997-8).

It has been suggested that the ‘Pedrog’ of the dedication is a corruption of St Peter the Apostle, a very popular cult in Wales (Various, 1994, 394-5). 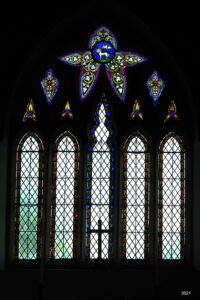 East Wall of the Chancel 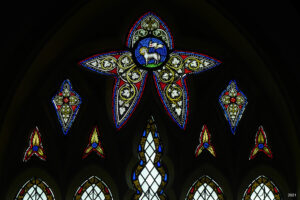 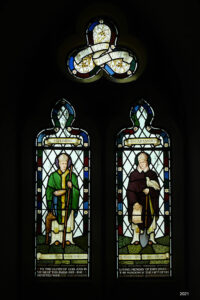 South Wall of the Chancel.

Text: Go ye into the world and preach the gospel in every creature. (Mark 16:15).

Artist: The window was made for Duncan Dearle at Lowndes & Drury’s Glass House, probably in 1948, or early 1949. Dearle was not a designer and the cartoons were probably reused designs from Morris & Co. 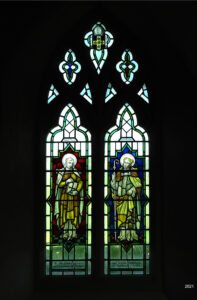 North Wall of the Nave.

Given in memory of Thomas and Sarah Bateman of Gwbert. (1958). 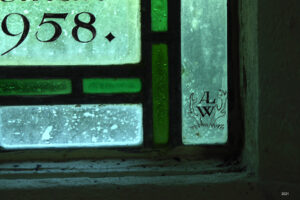