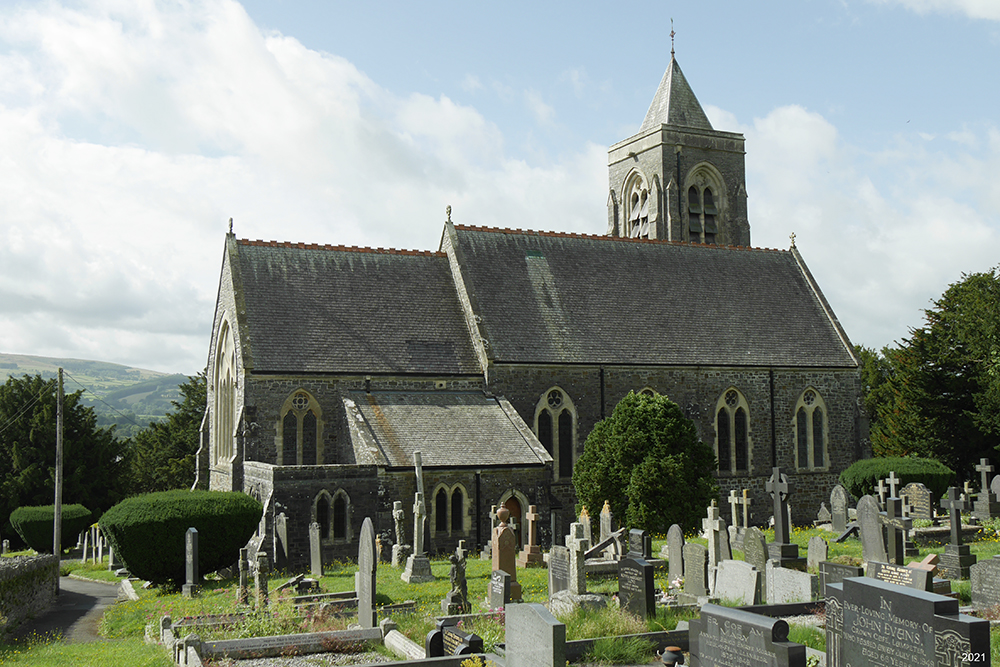 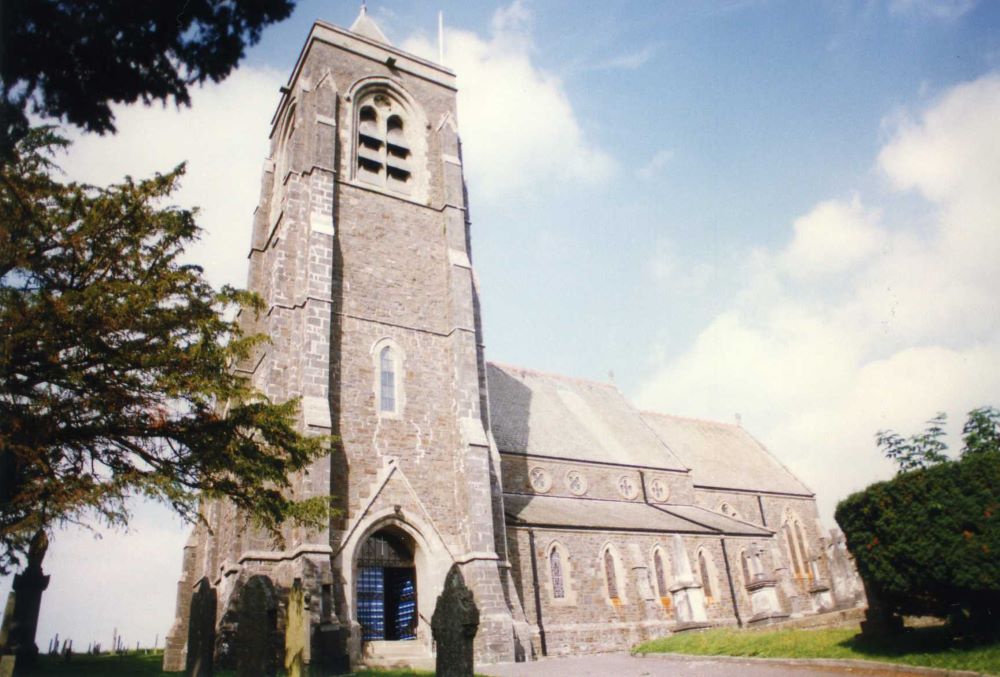 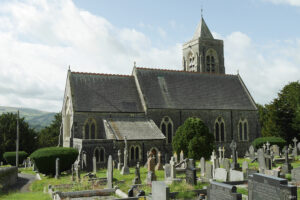 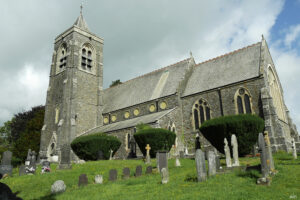 Reason for Listing: Included for its special architectural interest as one of the most notable High Victorian Gothic churches in West Wales, important for its accomplished architectural character as well as its elevated position.

Archaeological potential – good. No physical evidence for earlier church(es); deep, wide external revetted cutting around 30% of church; suspended floors, and heating ducts, in 60% of church; boilerhouse beneath 10% of church; memorials significantly close to 30% of church.

St Peter, Lampeter, is a multicell church, of large size. It was new built in 1868-70 to the designs of the architect R. J. Withers of London (NLW, SD/F/210) on the same site, but just to the north of its predecessor (PRN 4769), the churchyard being extended to make way for the new church. Nothing was retained from the earlier fabric.

The present church consists of a 2-bayed chancel, a 4-bayed nave, a 3-bayed south aisle, a 4 storeyed tower (and porch) south of the nave west bay and a single-bayed choir vestry north of the chancel west bay; the vestry was extended east, with a boilerhouse below, c.1900 and a WC was erected west of the vestry in the later 20th century. Construction is in local Silurian mudstone rubble throughout. All dressings are in oolite and from 1868-70; the 2-centred openings are neo-gothic (Early English), comprising simple single lancets and cusped 2-light windows with simple tracery. The church is buttressed throughout. The vestry contains an organ-chamber. The tower parapet is uncrenellated. The main roofs are slated gables while the south aisle and vestry have slated lean-to roofs, the vestry extension is flat-roofed and the tower has a slated pyramidal roof. The floors are suspended except in the porch.

The earlier church is said to have been ‘Norman’ (Anon., 1878(ii), 334). It was described in 1810 as consisting of a nave, chancel and a full-length south aisle with an arcade of pointed arches (Crossley and Ridgeway, 1946, 49). A porch had been taken down. The medieval rood-screen had apparently survived, the remains of the loft being noted in 1818, and a ‘circular niche’ (piscina?) was present in the chancel. The church was entirely demolished in 1823 for rebuilding (ibid.).

However, the church described by Lewis in 1833 is clearly the one seen by Meyrick et al. (Lewis, 1833) and his account varies little from Meyrick’s; he mentions, however, a square tower (possibly unreliably). It appears that Lewis was relying on earlier descriptions and had not seen the church.

In 1861 the rebuilt church was described as ‘a public eyesore that demands total demolition’ (Anon., 1861, 312). It may have occupied the same location as its predecessor, and is shown on the tithe map of 1843 lying immediately south of the present structure (NLW, Lampeter, 1843); in plan it appears to have been double-aisled with a west porch or tower. The churchyard at this time was circular, comprising just the southern half of the present yard. It was extended to the north to make way for the present church in 1868 (NLW, SD/F/210).

No physical evidence for the earlier church(es) was observed 30/8/96, but Clive-Powell claims that foundations are visible ‘east’ of the present building (Clive-Powell, 1996, 1). A deep, wide external revetted cutting along the north side of the church; there is no external drain or cutting around the remainder of the church. Floors are suspended over heating ducts. There is a below-ground boilerhouse beneath the vestry extension. Some memorials lie significantly close to the church.

St Peter, Lampeter, was a parish church during the medieval period (Rees, 1932), of the medieval Deanery of Sub-Aeron. It has been suggested that, rather than being a pre-conquest establishment, the church was founded in the 13th century – Giraldus Cambrensis, writing in 1188, refers to the town just as ‘Pons Stephani’ (Anon., 1878(ii), 294). In 1291 the church, as ‘Ecclesia de Lampede’, was assessed at £5 (ibid.). A chapelry dedicated to St Thomas possibly also stood within the medieval town (Anon., 1878(i), 334).

In 1998 St Peter, Lampeter, was a parish church. The living was a vicarage, held with Silian (Benefice no. 822) in the Archdeaconry of Cardigan, Rural Deanery of Lampeter and Ultra-Aeron (St Davids, 1997-8).