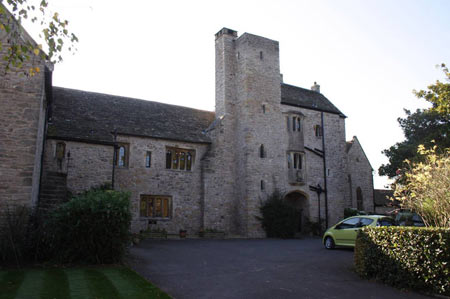 Palace on the outskirts of Chepstow is a substantial medieval and later structure. Building recording commissioned by Christopher Thomas Architects on behalf of Corus during essential works revealed numerous elements not previously recorded and helped in elucidating the structural history of the building.

Record drawing of a blocked doorway prior to its reinstatement